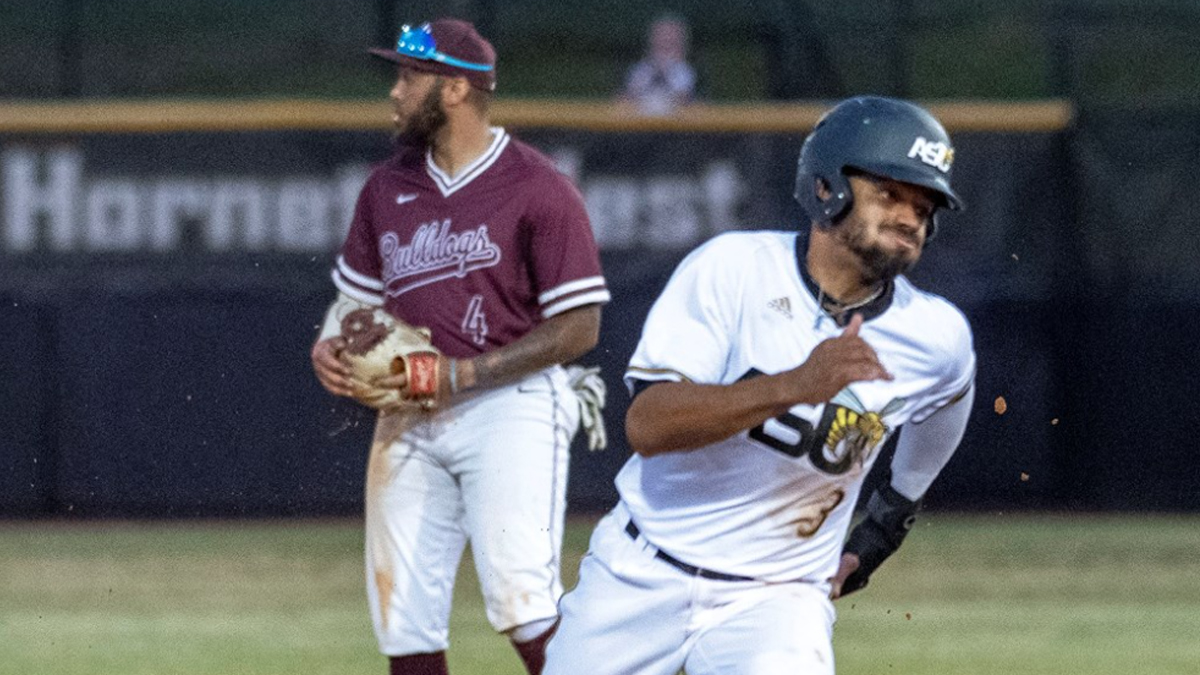 Alabama State explodes on its in state rival in home finale.

MONTGOMERY, Ala. | Alabama State closed out the home portion of the 2021 schedule in record fashion with a 32-6 Southwestern Athletic Conference (SWAC) victory over in-state rival Alabama A&M at the Wheeler-Watkins Baseball Complex Sunday afternoon.

On a day that Alabama State (23-17, 14-7 SWAC) celebrated three seniors playing their last home and Mother’s Day, the Hornets either broke or tied six team records and three individuals left their mark on the single game record in the 11th consecutive for Alabama State.

The 32 runs scored by the Hornets tied the all-time school record of 32 against Fisk, while the total also broke the Modern-Day record of 28 set against Mississippi Valley State back on April 24, 2016. They also collected 23 hits to break the Modern-Day record of 22 set against Alabama A&M back on April 15, 2018. But it didn’t stop there, the 12 walks earned by the Hornets were the third-most in school history, while the 22 runs batted in rank fourth all-time. Alabama State also came within one double of setting a new school mark, finishing with seven on the day including a pair by Trenton Jamison – becoming the 52nd player in school history to hit the mark.

Santiago Garcia tied the school record with five runs scored and Jayden Sloan came just one RBI shy of tying the school mark, finishing with six in the win.

Alabama State sent 17 different players to the plate on Sunday, with only one not reaching base. Sloan led Alabama State at the plate, finishing 4-for-4 with three runs scored and hit his first career home run – a three-run shot in the first to help the Hornets pull away. Garcia ended the day 3-for-4 with a double, while Chris Lewis finished 3-for-3 with four runs scored. Three other players each picked up at least two hits in the win – Jabronski Williams, Jamison, and Dilan Espinal.

The Hornets used four pitchers in the contest with Britt Buckelew (3-1) picking up the win, working 1.1 of relief and allowing just one hit with two strikeouts. He spelled starter Osvaldo Mendez who worked 3.2 innings and allowed a pair of runs on five hits with six strikeouts. Jordan Gould and Payton Harris each worked one inning of relief on the day.

After Alabama A&M scored the first two runs of the game, Alabama State scored in five consecutive innings including eight in the bottom of the first to take an insurmountable lead. They added five more in the second and four in the third to build a 17-2 lead, before erupting with 14 runs in the fourth inning alone and turned the lineup over twice by sending 20 batters to the plate. The Hornets would add one more in the fifth for 32 unanswered runs before Alabama A&M scored three in the sixth and one in the seventh.

Alabama State returns to action this week with a pair of midweek games at Troy (Tuesday) and at Jacksonville State (Wednesday) before prepping for the SWAC Tournament which begins in 10 days.