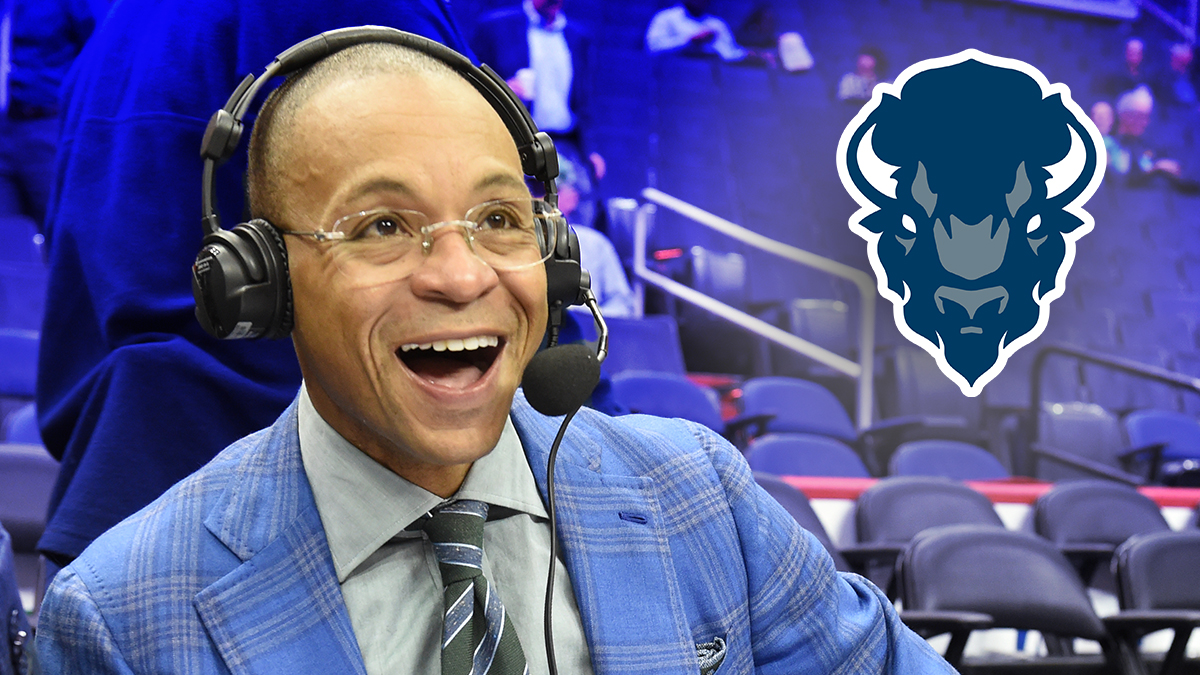 Howard alumnus Gus Johnson has been named the recipient of the Jake Wade Award by the College Sports Information Directors of America.

WASHINGTON (April 7, 2021) – In February, Howard University’s Gus Johnson was named the recipient of the Jake Wade Award by the College Sports Information Directors of America (CoSIDA). The Jake Wade Award is presented annually to an individual in the media who has made an outstanding contribution to intercollegiate athletics.

A HU graduate and four-year member of the baseball team, Johnson became the first African-American male and the first Historically Black College and University (HBCU) alum to receive the prestigious award.

Over the past several years, Gus Johnson has cemented his role as the top voice for some of FOX Sports’ most popular sports properties. On college football, he teams with analyst Joel Klatt and sideline reporter Jenny Taft to call the BIG NOON SATURDAY game of the week. Johnson pairs with college basketball analyst Bill Raftery and former NBA veteran Jim Jackson for top games on FOX and FS1, including the BIG EAST Tournament from New York’s Madison Square Garden.

Prior to joining FOX Sports, Johnson was one of CBS’s top college basketball play-by-play voices from 1996 to 2011. While at CBS, he demonstrated his versatility as he also did play-by-play for NFL games, college football, track and field, boxing, the Hambletonian and the bobsled and luge events at the 1998 Olympic Winter Games in Nagano, Japan.

In 2009, Johnson was named play-by-play announcer for “Showtime Championship Boxing” and was the announcer for “CBS EliteXC Saturday Night Fights.” In conjunction with his work at CBS, Johnson held a position with the Madison Square Garden (MSG) Network from 1994-2010 as the lead radio play-by-play announcer for the NBA’s New York Knicks. Johnson also appeared in spot duty on the Knicks’ TV broadcasts and was the face of MSG’s TV coverage of the WNBA’s New York Liberty. While with the network, he also anchored the “AT&T Yankees Scorecard” and hosted the Knicks and New York Rangers’ “GameNight” programs.

Earlier in his broadcast career, Johnson worked for ESPN as the voice for college hockey and college basketball, and for Big East basketball on the Big East Network. He also announced Canadian Football League contests for ESPN2.

Born in Detroit, he attended the University of Detroit Jesuit High School. Johnson came to the Hilltop where he played baseball and also interned at WHUR under the tutelage of legendary sports broadcaster, Glenn Harris. In 1990, he graduated from Howard with a degree in political science.