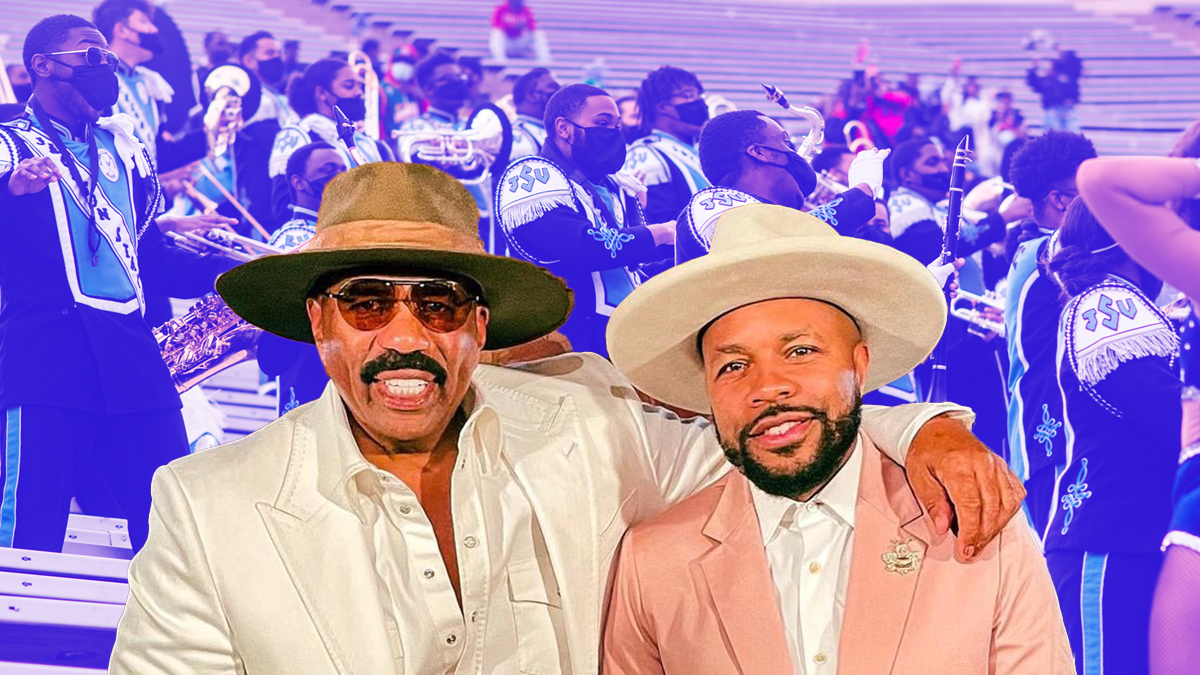 Steve Harvey did a lot of talking during the Earth Wind and Fire-Isley Brothers Versus. But acknowledging their influence on HBCU marching bands was on point.

Steve Harvey did a lot of talking during the epic Earth, Wind and Fire-Isley Brother’s battle on Sunday night. Many would, and did, say he did too much talking.

But even the most anti-Steve Harvey viewers had to appreciate him giving a shoutout to HBCU bands during the four-hour long webcast.

As Earth Wind and Fire rose when D-Nice cue’d up the epic title cut to their 1979 album “In The Stone,” band heads from Dover, Delaware to the West Coast knew what was up. And Harvey felt the vibes too.

“Every HBCU in the country know this cut right here,” Harvey yelled over the music. “This the Sonic Boom and errybody else. The FAM (U) Rattlers. Everybody. Damn Southern. Let’s go.”

While Harvey mimicked some sort of horn player, the remaining members of Earth, Wind and Fire stood up and performed though they were already three hours into an epic night of music.

The two iconic bands put on a show befitting their illustrious histories. Both bands — but particularly Earth, Wind, and Fire — have become staples of HBCU marching bands over the past 50 years. Not only upbeat cuts like “In The Stone” and “Fantasy” or deep funk like “Shining Star,” but also ballads such as “Reasons” and “After The Love Has Gone,” continue to resonate nearly 50-years after they were released.

The Isley Brothers have an even longer musical legacy, reaching back to “Shout” in the 1950s. Their heavy guitar-driven arrangements have been and remain interpolated to this very day.

Harvey earned a lot of criticism for relaying his personal memories on the broadcast. So much so that he was allegedly told during a break to stop talking so much. But he was expressing — in his own, unique way — how the music of both groups were the soundtrack to his life.

They are also the soundtrack of HBCU band life, which many of us associate with the best times in our lives. Great memories with old friends put to the tune of pompous horns and heavy drums. It’s the sound that makes homecoming special, particularly after all we’ve endured this year.

So yes, Harvey was in his uncle story-telling bag, on Sunday night. But his brief moment connecting the HBCU experience to the music of the Isley Brothers and Earth, Wind and Fire was very necessary.