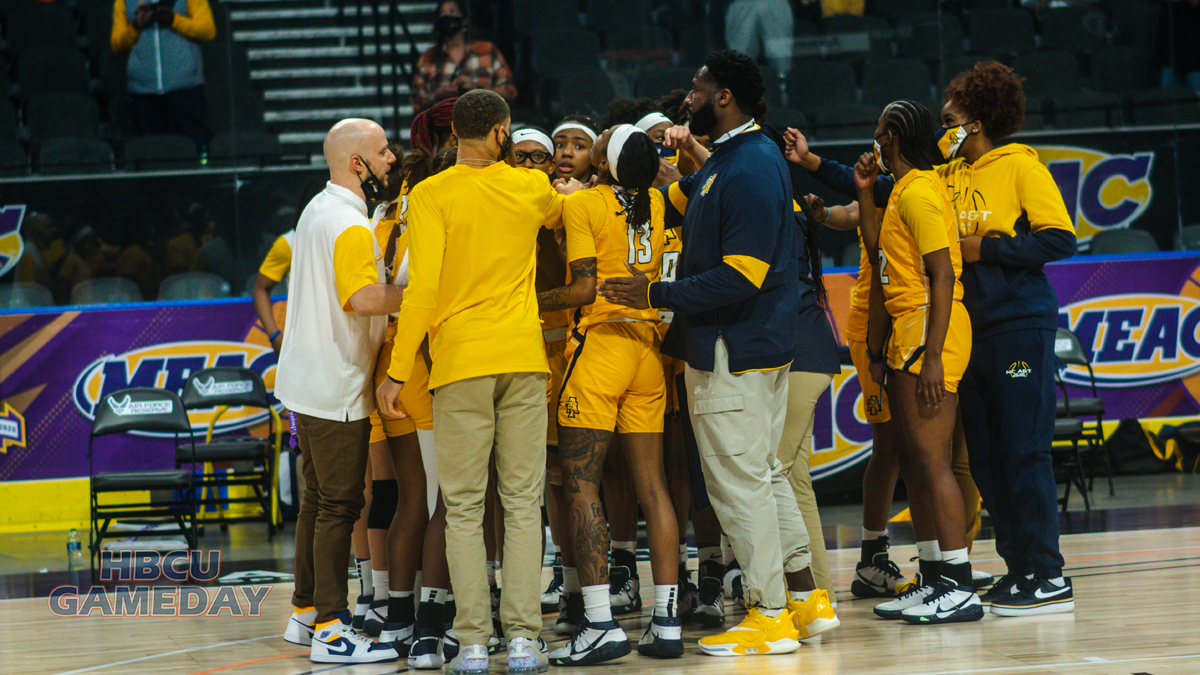 North Carolina A&T State, which on Saturday won the Mid-Eastern Athletic Conference (MEAC) women’s basketball tournament title thanks to a dramatic 3-pointer in the closing seconds, will face an in-state foe in the first round of the 2021 NCAA Women’s Basketball Tournament.

No. 1 seed North Carolina State will be A&T’s opponent in the Round of 64. The game will tip at 4 p.m. on Sunday and will be shown live on ESPN.

The winner will face either No. 8 seed South Florida or No. 9 seed Washington State in the second round.

The Aggies (14-2) were given a No. 16 seed in the Mercado Region, meaning they will face the top-seeded Wolfpack. A&T is making its third NCAA Tournament appearance in the past six seasons — most recently in 2018, when as a No. 15 seed, they gave eventual national champion South Carolina a scare.

N.C. State (20-2) won the ACC Tournament title for the second straight season back on March 7 with a 58-56 win over Louisville. The Wolfpack, winners of eight straight, are ranked No. 3 in the latest Associated Press (AP) Top 25 poll.

The 2021 NCAA Div. I Women’s Basketball Tournament will be played in its entirety in the San Antonio, Texas area from Sunday, March 21 through April 4. Each of the four regions are named after landmarks in the region.