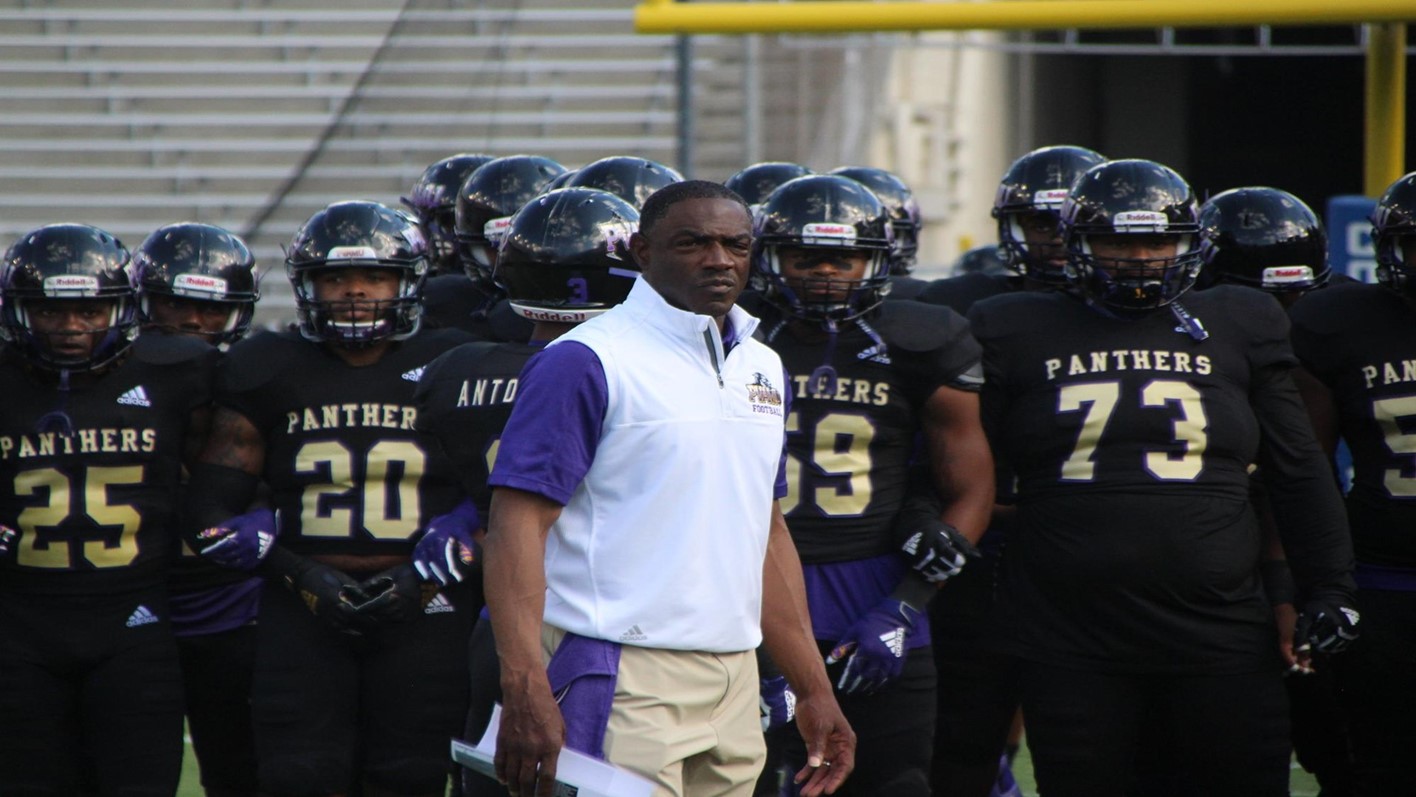 Prairie View and Texas Southern went down to the wire as the two programs opened up the spring season by renewing acquaintances.

How it Happened:
Jaylen Harris got the party started for the Panthers, intercepting Texas Southern’s Devin Washington to set up a 31-yard field goal by Luis Reyes. On the Panthers’ next possession, TJ Starks connected on a big gain to Ty Holden, and Ahmad Antoine punctuated the drive with a bulldozing run into paydirt.

After trading scoreless possessions, the Panthers gifted the Tigers with a short field and Reggie Stubblefield broke through the line to stonewall a TSU field goal try, recovering the ball in Tigers territory. Penalties nearly derailed the drive, but Reyes cashed in from 28 yards out to make it 13-0 Panthers.

Texas Southern managed a return salvo following a big return that set the Tigers up at their own 48-yard line. From there, the Tigers found the end zone as backup quarterback Thaddeus Peyton hit Jonathan Giles on a 3-yard slant, helping to cut the deficit to one score at the break.

In the third quarter, the Panthers bowed their necks defensively, halting a Texas Southern drive with a forced fumble that was recovered by Desmond Obi. However, on the very next play, the Tigers defense recorded a safety to make it 13-9 with 9:10 left in the third. The Tigers took advantage of the extra possession, as Peyton hit Osby Mitchell in the back corner of the end zone and the Tigers took a 16-13 lead midway through the quarter.

The Tigers added to their lead with a field goal to make it 19-13 with 11:34 left. On the Panthers’ next turn, the Trazon Connley-to-Colbey Washington-connection began to pick up steam as a trio of hookups helped move them into Tigers territory. However, the potential scoring chance was snuffed out by an interception.

Following another defensive stand, the Panthers again mounted a charge with Connley making plays with his arm and legs. However, the drive nearly stalled in the red zone before Connley found Chris Johnson on a 4th and 18 to convert. Kristian Mosely scored from four yards out on the next play to put the Panthers ahead with 1:40 to go.

From there, the defense stood tall as Desmond Obi forced the game-winning fumble that was scooped by Storey Jackson. Jackson led with 17 total tackles – four for loss. As a team, PVAMU made 17 tackles for loss.

The Panthers return to action March 13 as they head to Arlington, Texas to face Grambling State in the State Fair Classic.