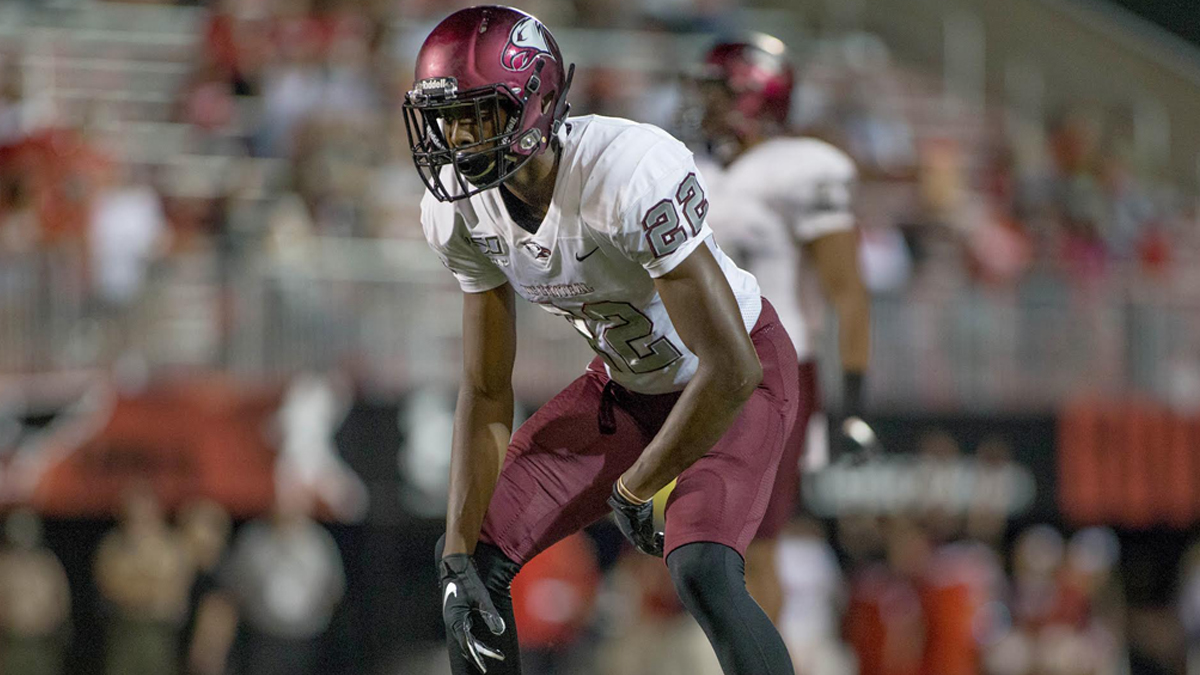 After one season at North Carolina Central, Bryan Mills has set himself up with good odds to be drafted as he gets an NFL Combine invite.

After receiving word of his invite, Mills tweeted out, “Blessed to be invited to the 2021 NFL Combine. A lifelong dream of mine!”

Mills becomes only the second NCCU player in the Division I era to receive the prestigious invite, joining potential Super Bowl-winning former NCCU defensive back Ryan Smith of the Tampa Bay Buccaneers. He will be the fifth Eagle to represent NCCU at the NFL Combine.

The NFL Combine will have a unique format due to the pandemic. The combine is an evaluative process that includes putting draft prospects through on-field workouts, psychological testing, medical exams, and interviews with teams. This year, the on-field workouts will be done at on-campus pro days. The medical and psychological exams, along with the interviews with the teams, will take place virtually.

Bryan Mills made most of one season in Durham

Bryan Mills, a native of Palmdale, California, was voted as a 2019 First Team All-MEAC honoree and selected to the AFCA Football Championship Subdivision (FCS) Coaches’ All-America Team and BOXTOROW All-America Team in his first season at NCCU. He finished the season leading the conference with five interceptions. Mills was also second in the MEAC with 13 pass deflections and tallied 22 tackles.

Last April, Mills was placed on a list of the top HBCU prospects for the 2021 NFL Draft by Draft Diamonds.