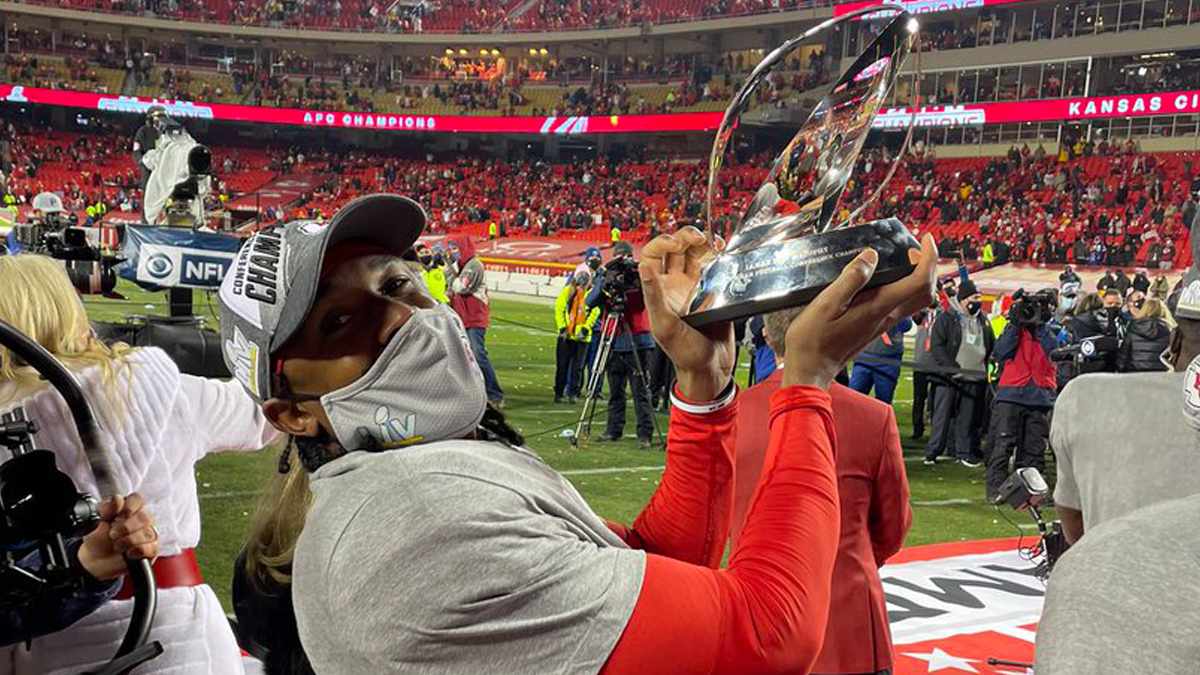 Like North Carolina Central, South Carolina State will have two players looking to get rings in Super Bowl LV.

The Kansas City Chiefs defeated the Buffalo Bills 38-22 on Sunday night to earn a return trip to the Super Bowl. That means that Antonio Hamilton and Alex Brown could soon be adding some new hardware.

This would be a second ring for Brown, who picked up one in 2020 when the Chiefs defeated the San Francisco 49ers in Super Bowl LIV. He’s currently on injured reserve after tearing his ACL last fall.

Hamilton will be making his first Super Bowl appearance when the Chiefs take on the Tampa Bay Buccaneers on February 7. He’s in his first season with the Chiefs after bouncing around the league his first couple of seasons. He signed with the Chiefs last spring after playing with the New York Giants in 2019.

The Johnston, SC native was a standout return man at SC State, totaling 1,316 combined kick and punt return yards across his junior and senior seasons, earning All-Conference honors as a return man in 2015.

In the NFL he’s spent most of his time covering kicks. That versatility made him attractive to the defending Super Bowl Champs.

Making the Chiefs win even better for Hamilton is the fact that it came on his birthday.

The Chiefs also have an HBCU alumnus on the coaching side. Defensive quality control coach Terry Bodden started his college career at Howard before transferring to Tuskegee.

So either way it goes, two players from HBCUs will be getting Super Bowl rings.

755
The Latest in HBCU Sports and Culture