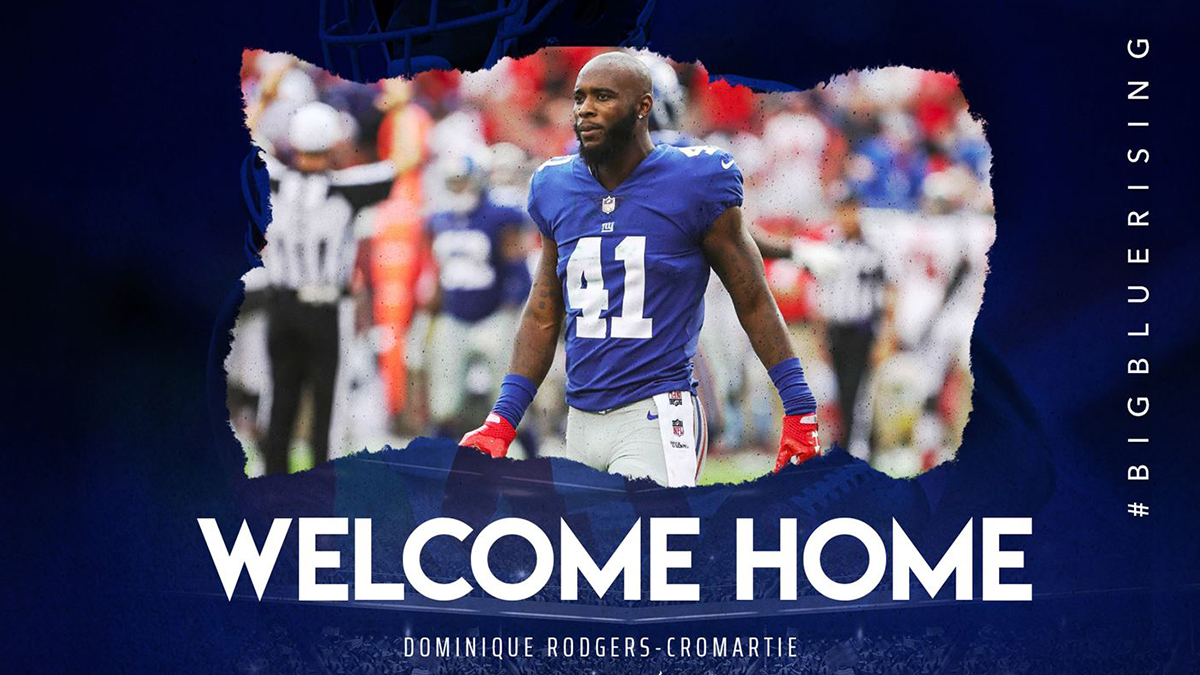 Dominique Rodgers-Cromartie honed his skills at Tennessee State to become a pro for a dozen years. Now he’s giving back.

Dominique Rodgers-Cromartie represented Tennessee State in the NFL for over a decade. Now he’ll be helping the next generation of TSU athletes try to live out their dreams.

TSU announced on Thursday that its former FCS All-American has decided to help the program as a volunteer coach. He will work primarily as a defensive back and be known as “Coach Cro.”

“I’m loving every bit of it,” Rodgers-Cromartie said. “It’s like I’m watching myself out there grinding, trying to get an education and ball all over again. I see a few me’s out there.”

Dominique Rodgers-Cromartie played at TSU from 2004-07 and was a three-time All-Ohio Valley Conference selection. DRC was named an FCS All-American after his senior season and was the 16th player selected of the 2008 NFL Draft by the Arizona Cardinals.

Rodgers-Cromartie played for six different teams over his 12 seasons in the NFL before sitting out the 2020 campaign. He is a two-time Pro Bowl selection and was named to the 2016 All-Pro Second Team. Rodgers-Cromartie was also a member of the Cardinals Super Bowl XLIII team that fell to the Pittsburgh Steelers, 27-23. He was also a member of the Denver Broncos in Super Bowl XLVIII against the Seattle Seahawks.

“I am excited for Dominique to be a part of our staff,” TSU head coach Rod Reed said. “His expertise will be very beneficial to our team. It means a lot to have him around our guys with all his collegiate and NFL experience. He brings a wealth of knowledge about technique, execution and film work.”

For a while, DRC was the answer to a trivia question. He was the only HBCU player taken in the first round of the NFL Draft from 2008 until Alabama State’s Tytus Howard was picked by the Houston Texans in 2019.

His former TSU teammate and current Baltimore Ravens defensive back credited DRC for helping motivate him to be the player he became. He told us last July about how he not only encouraged him that he could make the NFL, he helped pay for his training.