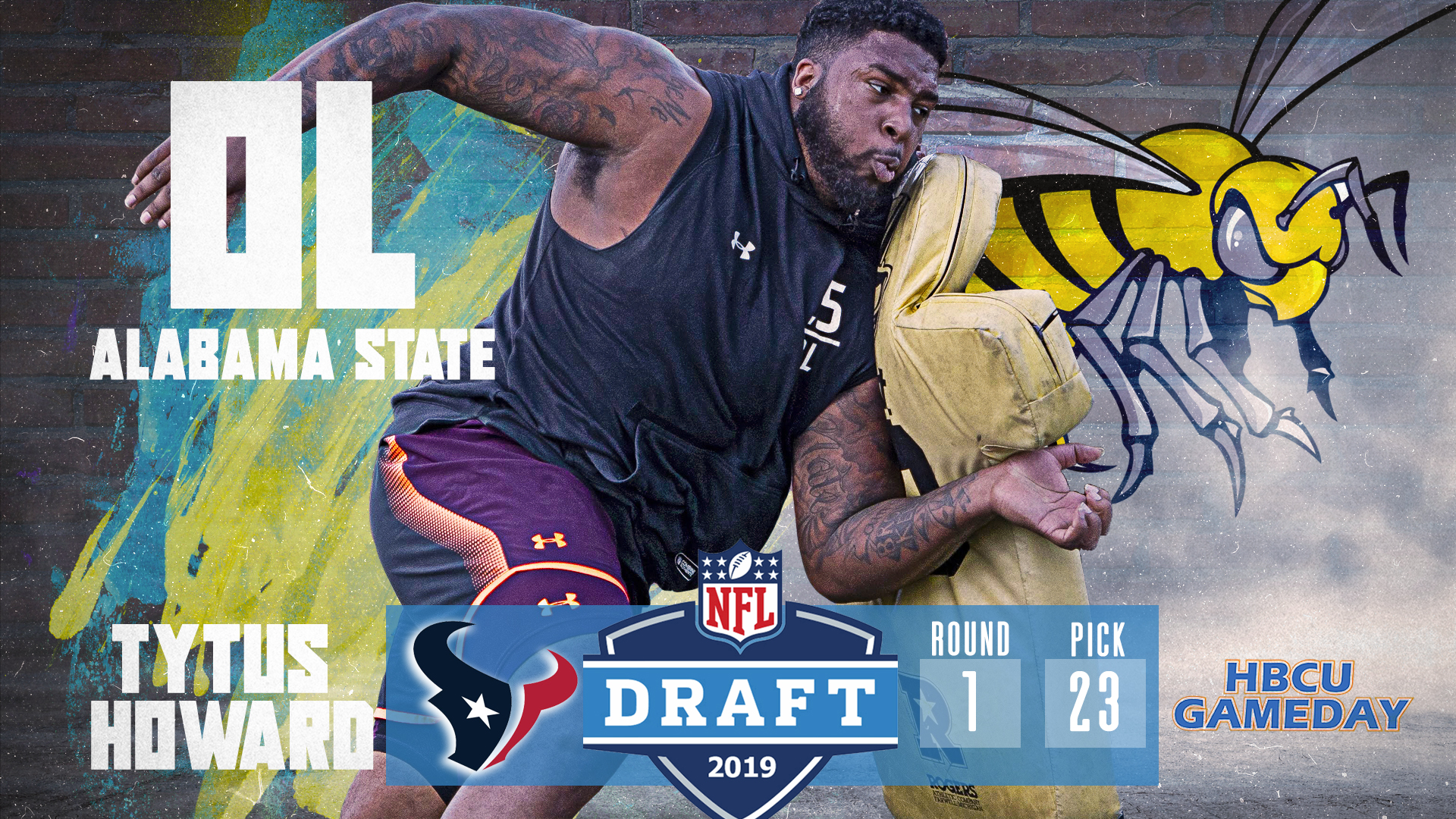 The skinny kid named Weenie is now a first round NFL Draft pick, the first ever first-round pick in Alabama State history.

Alabama State offensive tackle Tytus Howard was selected 23rd overall by the Houston Texans on Thursday night. He becomes the first HBCU player to be selected in the first round of the NFL Draft since Tennessee State’s Dominique Rogers-Cromartie in 2008.

Howard was a skinny kid growing up and played quarterback in high school. Former Alabama State coach Reggie Barlow brought him in to play tight end before Brian Jenkins’ staff switched him to offensive tackle. He blossomed literally and figuratively during his time in Montgomery, transforming into a 6’5 322 pounder who shows big talent despite his small school status.