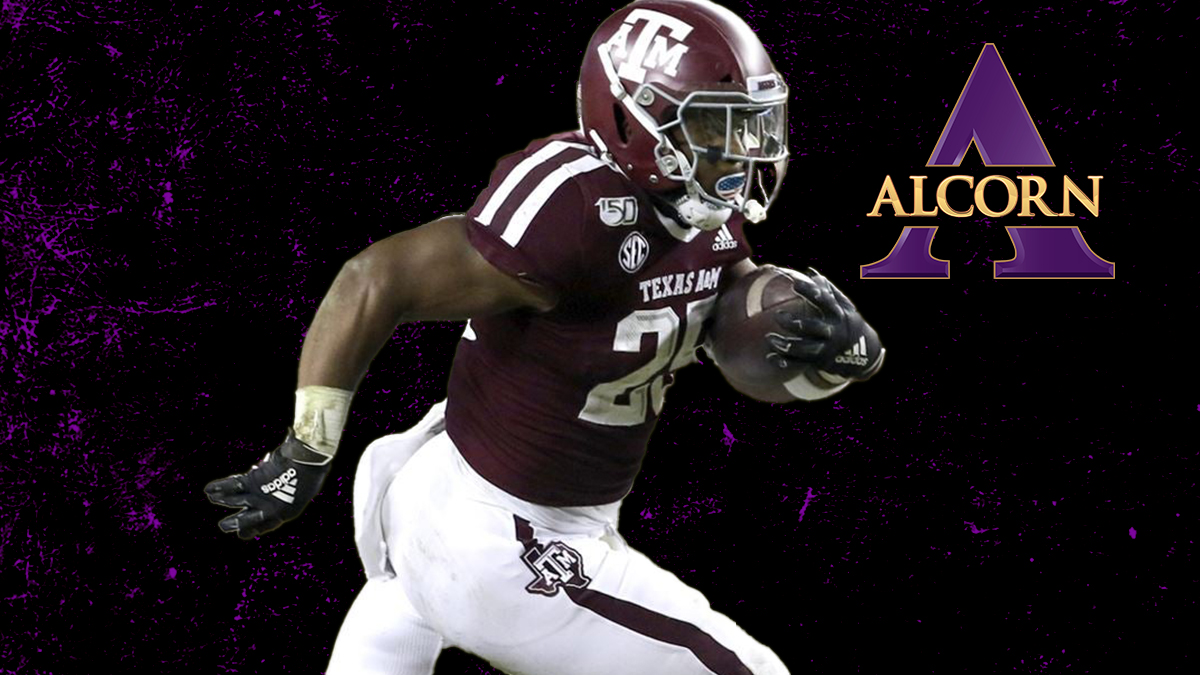 Alcorn State’s rushing game just picked up a big talent as a former four-star recruit who has played at UCF and Texas A&M commits.

Former Texas A&M running back Cordarrian Richardson is headed to the SWAC.

Richardson will transfer to Alcorn State, he announced via Twitter on Wednesday night.

“Been beating the odds my whole life,” Richardson wrote, “why stop now?”

Richardson last played in 2019 when he rushed for 232 yards on just 25 carries and scored four touchdowns. His best game came in the final one he touched the ball for Texas A&M, as he reeled-off 130 yards on just six carries (including a 75-yard run) and also caught a pass for a touchdown. He would not touch the ball again in a TXAMU uniform, missing the final two regular season games and the Texas Bowl.

The Memphis native started his college career at the University of Central Florida. He rushed for 161 carries on 45 yards in 2017 before sitting out the following season as a transfer.

A consensus four-star recruit out of Memphis’ Trezevant High School, Richardson rushed for nearly 5,000 yards during his high school career and was named Tennessee’s Mr. Football after his senior season.

Richardson joins an Alcorn State offense that already features the reigning SWAC Offensive Player of the Year in quarterback Felix Harper. Alcorn State finished near the bottom of the SWAC in yards per rush (4.2) and yards per game (155), as well as touchdowns (21) in 2019.