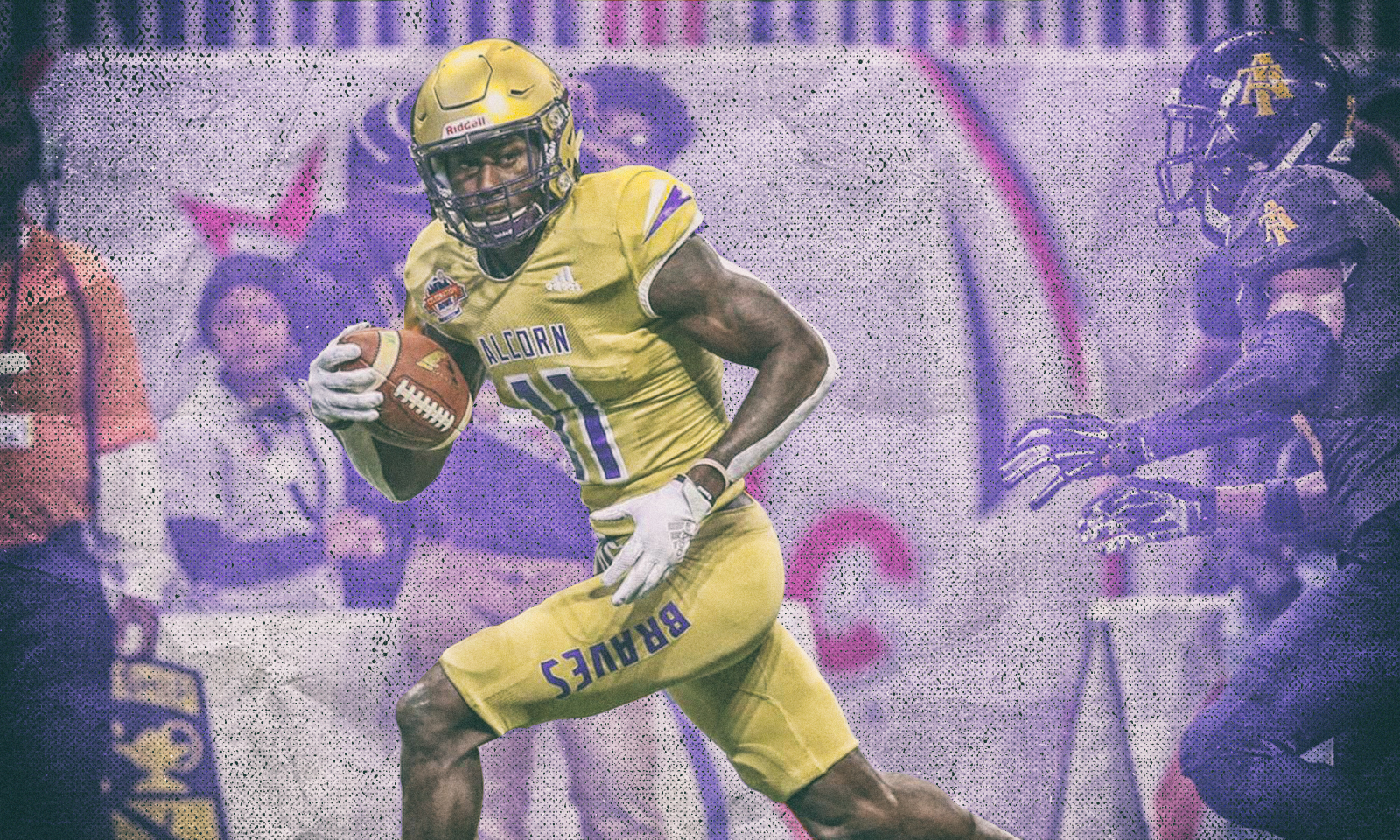 The former Alcorn receiver lands in the footsteps of another all-time great Brave pass catcher.

GREEN BAY, Wisc. — After putting together a season in which he was one of the top big-play threats in the nation, Chris Blair is set to continue his career at the next level after signing with the Green Bay Packers today.

Chris Blair ranked sixth in the nation in yards per reception (21.2) and was the team’s leading receiver with 931 yards and grabbed seven touchdowns. He saved his best for last with a career-high 150 yards and a score in the Celebration Bowl. Throughout the season, Blair went for over 100 receiving yards five total times during the season, including five of the final nine games of his career. Of his long receptions in each game, four times he hauled in a pass of at least 60-plus yards going for a long of 71 against Savannah State.

Blair spent the final two years of his career at Alcorn after transferring from Hinds CC. Not only did he lead the Braves in receiving in 2019, but also in his first year as a junior in 2018 collecting 43 receptions for 529 yards and six touchdowns. He also added six rushes for 73 yards.

The deal with the Packers is to a reserve/future contract. Former multi-sport Alcorn standout Donald Driver played his illustrious career in Green Bay where he played 14 seasons.

734
The Latest in HBCU Sports and Culture