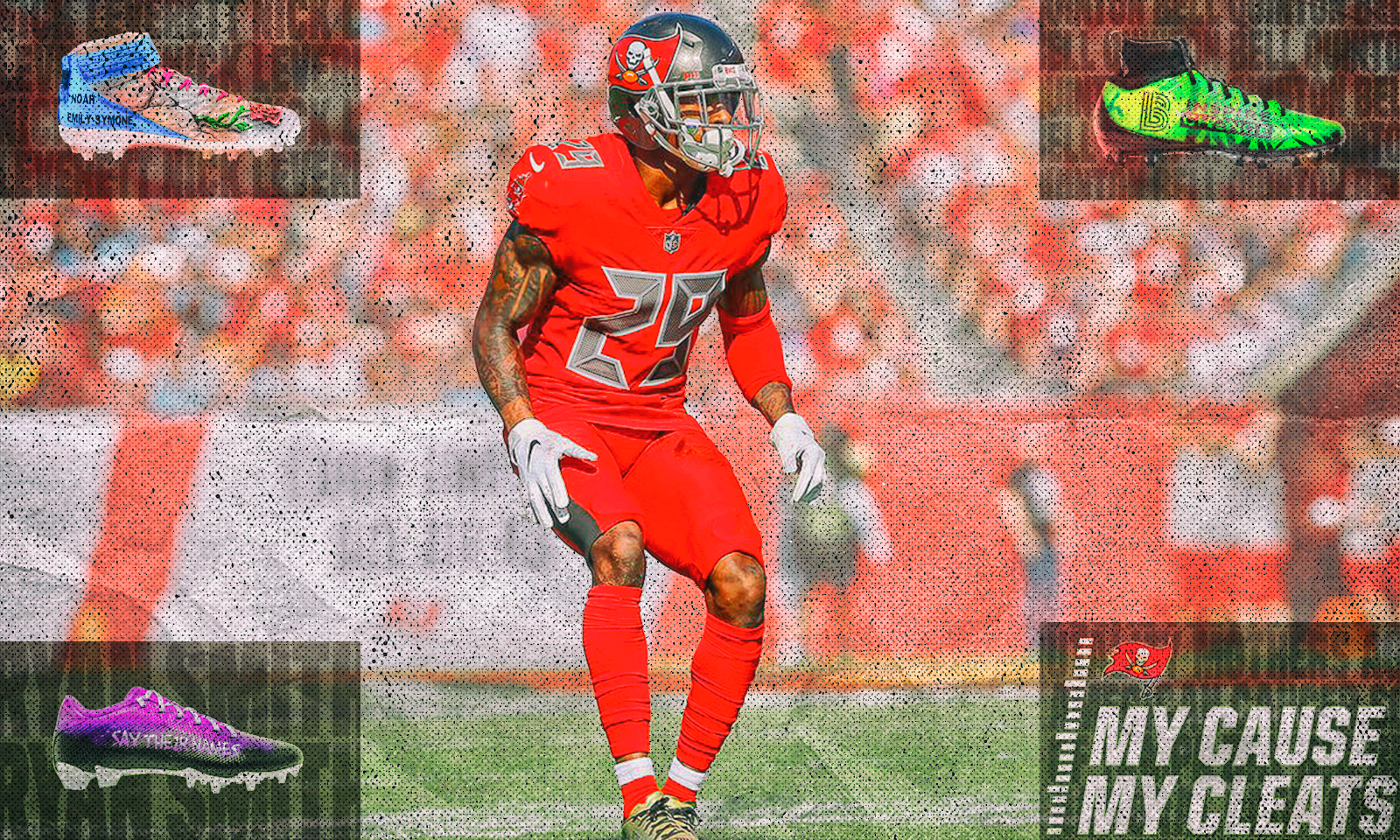 HBCU alumni, Bucs players give back with My Cause, My Cleats

Quinton Bell and Ryan Smith collaborated with My Cause, My Cleats on their special made cleats

Since its creation five years ago, My Cause, My Cleats, has created a platform for many NFL players. They have used it to spread awareness to the many different charitable foundations that they either created or supported.

Two examples of those who worked hard to get to the NFL and are now giving back to their communities are Quinton Bell and Ryan Smith.

A graduate of Prairie View A&M University, he was drafted by the then Oakland Raiders in the 2019 draft.

The cleats are green and they say “Inspire Change” as they represent the organization “Big Brothers Big Sisters of Tampa Bay”.

A Cornerback from North Carolina Central University. He was drafted in the fourth-round by the Tampa Bay Buccaneers in 2016.

The cleats are purple and they have “Say Their Names”. They are representing the Dr. Carter G. Woodson African American Museum.

The Dr. Carter G. Woodson African American Museum is dedicated to Dr. Woodson, also known as the “Father of Black History Month”. The museum’s mission is to teach and promote the history of African Americans so that their legacy won’t be forgotten.

“My Cause, My Cleats” has been able to bring about change for those who are being represented by the athletes on the cleats. These players on the field are wearing their cleats to make statements for what is most important to not only their lives but to the community as well.

HBCU alumni, Bucs players give back with My Cause, My Cleats