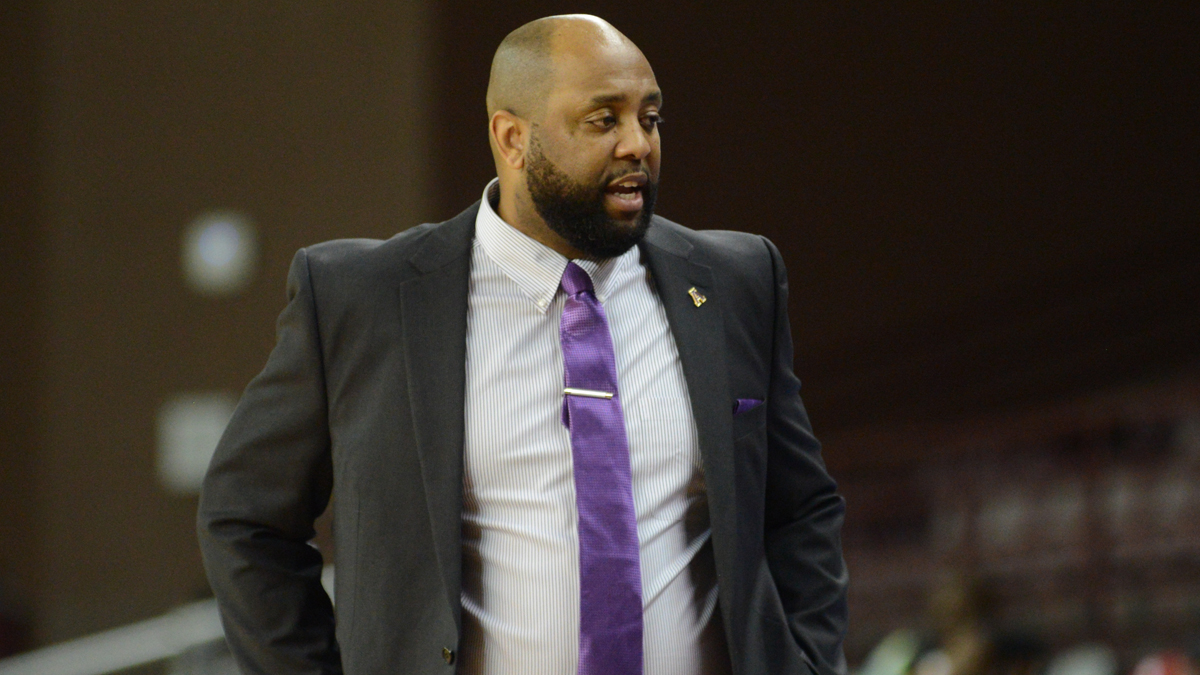 Former Alcorn State head coach Montez Robinson has the difficult task of taking over the University of Tennessee-Martin after the death of its head coach.

MARTIN, Tenn. – Athletic director Kurt McGuffin has announced that Montez Robinson will take over as interim head coach of the University of Tennessee at Martin men’s basketball program.

“We will be leaning heavily on all of our staff members to carry us through this challenging time,” McGuffin said. “At this point in the season, it made sense to hire internally and we are very fortunate to already have a high-quality candidate on staff like Montez, who brings five years of Division I head coaching experience to the table. After enduring an extremely difficult offseason, we look forward to getting the season underway.”

Robinson no stranger to D1 hoops

A Fairfield, Ala. native, Robinson was head coach at Alcorn State University in Lorman, Miss. from 2015-20. Inheriting a program that was under NCAA sanctions, he compiled a 69-86 overall record, including a 50-40 mark in Southwestern Athletic Conference play (.556 winning percentage). The Braves finished in second place in the SWAC standings with a 13-5 record in each of his first two seasons at the helm, marking the first time that the program pieced together back-to-back winning seasons in league play in 15 years.

Under these unfortunate circumstances, I am thankful to our Chancellor Dr. Keith Carver and athletic director Kurt McGuffinfor appointing me to lead the UT Martin Skyhawks,” Montez Robinson said.

“Coach Stewart was a close friend, good man and outstanding coach. So, with mixed emotions, it is an honor to be chosen to lead the program that Coach Stewart has been building for more than six years. The staff and I plan to continue working together, giving 110-percent effort on and off the court, to make Coach Stewart and the UT Martin community proud of this program. Our staff and student-athletes look forward to getting back to the court in Coach Stewart’s memory. During this time, let’s continue to keep the Stewart family, our players and the UT Martin community lifted in prayer.”

Robinson graduated from North Georgia College and State University with a degree in criminal justice in 2002 and completed his Master’s degree in transformative leadership from Bethune-Cookman in 2014. He is married to the former Leah Hornbuckle and the couple has two children: a daughter, Tezlyn; and a son, Montez, Jr.