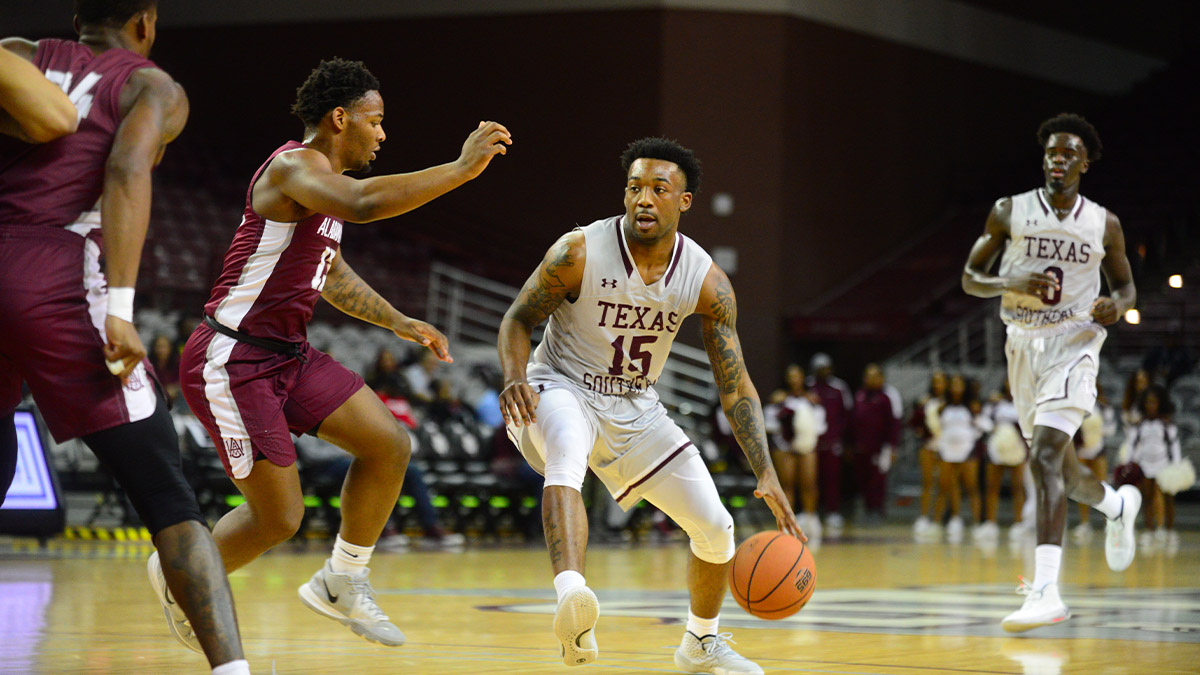 Texas Southern’s men’s basketball program has been a consistent figure in the SWAC for years. Can it knock off Prairie View, though?

The Texas Southern men’s basketball team was tabbed as the preseason favorite to win the 2020-21 Southwestern Athletic Conference title in the annual preseason poll. The Tigers also had a trio of student-athletes earn preseason honors as Yahuza Rasas and Justin Hopkins were named to the first team while Chris Baldwin received second team honors.

Led by third-year head coach Johnny Jones, TSU returns three starters and nine letter winners from last season’s squad which finished 12-6 in the SWAC. The preseason poll and All-SWAC teams were voted upon by league head coaches and sports information directors as it marks the first time since 2017-18 that TSU was predicted to win the conference.

With the loss of All-SWAC guard Tyrik Armstrong and post Eden Ewing, the Tigers will turn to graduate student forward Justin Hopkins, junior forward Yahuza Rasas and senior guard John Jones for leadership as the trio combined for 70 starts last season. Hopkins is the top returning scorer with 10.5 points per game and shot 50 percent from the field while Rasas had a solid inaugural season at TSU as he led the team with 8.2 rebounds and was fourth in scoring with 9.8 points per game en route to second team All-SWAC honors and National Association of Basketball Coaches (NABC) All-District second team honors. Jones averaged 8.7 points per game and once again will be called upon to provide TSU with a deep threat from the outside as he nailed a team-leading 51 three-pointers last season.

Depth won’t be an issue early on for the Tigers as they return six players who combined for 22 starts while serving as valuable members of the rotation last season. Junior guard Bryson Etienne is the top returning reserve as he averaged 7.2 points and 2.6 rebounds last season while senior post Chris Baldwin averaged six points, 4.4 rebounds and blocked 14 shots. Junior forward John Walker III also returns as he averaged 5.2 points and 3.4 rebounds in limited action due to a midseason injury. A trio of guards in senior Quinton Brigham, sophomore Ja’Mere Redus and junior Ashton McClelland are also back for the 2020-21 season.

In terms of newcomers, Texas Southern will have the luxury of several players who sat out last season while gaining valuable knowledge of Jones’ system and the conference in general as the five redshirts will be eligible to hit the floor for the upcoming season.