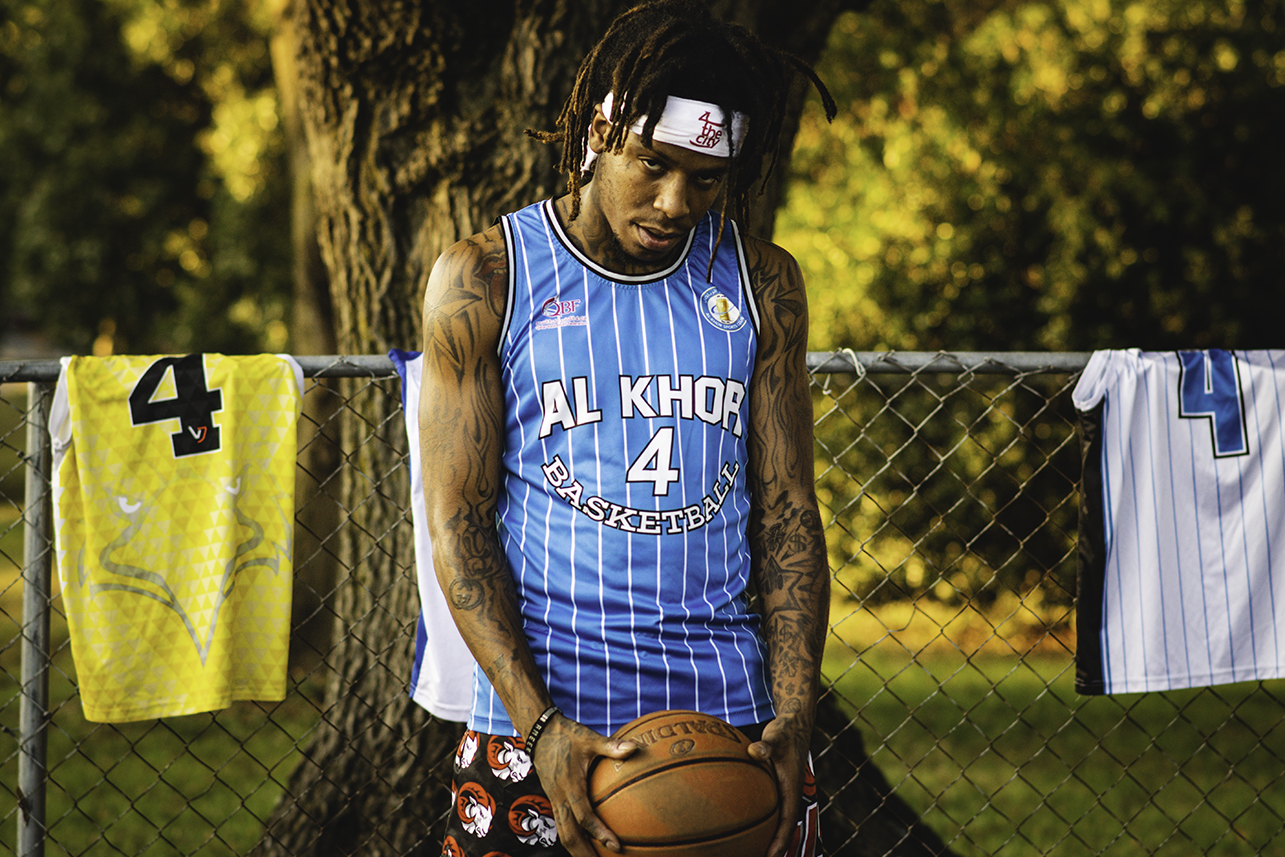 The Ameer Jackson Story was supposed to have been done a year ago. At least that was the plan. My plan. But — apparently —  it wasn’t God’s plan.

Last May I reached out to Ameer Jackson to try to set up an interview. He was coming off a big season as a pro in Qatar, and I wanted to find out about his experience as a pro ball player overseas.

But things happened, time moved on, and our plans never materialized. Jackson’s hoop dreams became a nightmare later that summer. A slight tear in his ACL landed him on the surgeon’s table and kept him from resuming his burgeoning pro career.

If that wasn’t enough, COVID-19 interrupted his comeback story this spring. But one thing I’ve learned about Ameer Jackson through the last few months — he won’t be denied.

Ameer Jackson was a basketball nomad even before he hit the overseas pro scene. His resume includes three high schools in two states and three colleges in three different states.

The Patterson, NJ native came of age in North Carolina. Cabarrus County. It’s the 704, but not the part most in the crowd are yelling during “Area Code Trappin.’

Jackson has had the ball in his hand for as long as he can remember. His cousin DaDa encouraged him as a youngster.

“He would make little obstacle courses for me, like the NBA skills challenge,” Jackson told me in his driveway.  “He always told me to stay with ball.”

DaDa’s no longer here with Ameer in the physical, but he goes wherever Ameer goes. His name is tatted just above his right knuckles. Every time he scores, DaDa scores.

Dada wasn’t around to see Ameer make varsity at Northwest Cabbarus High, but he did. He then crossed over the border to Virginia for a year to play at Fork Union Military Academy. He ended up coming back home to finish up his high school career at Evelyn Mack Academy.