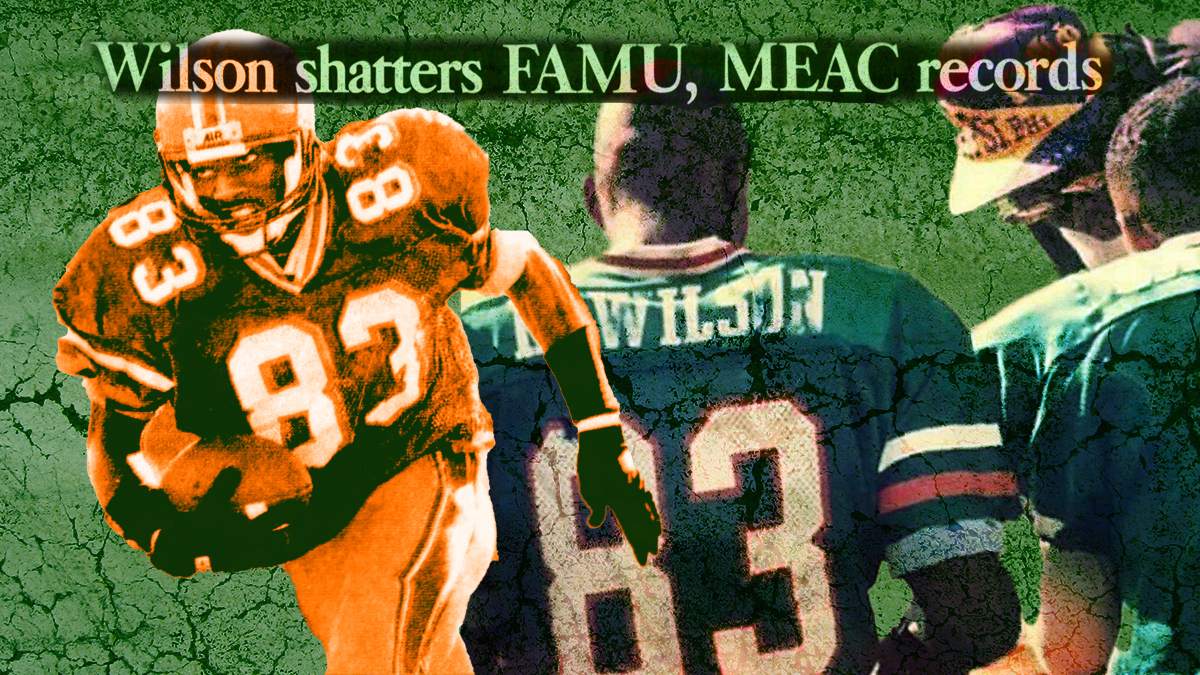 Tallahassee native Robert Wilson flourished at Florida A&M in the mid-1990s before going on to an NFL career. He has passed away at a young age.

Robert Wilson, one of the greatest receivers in Florida A&M football history, has passed away.

Wilson has passed away according to former FAMU teammates. He was 46 years old.

A Tallahassee native, Wilson in the orange and green from 1993 through 1996. Playing for coaches Ken Riley and Billy Joe, he set FAMU’s career marks with 206 receptions for 3,027 yards and 33 touchdowns.

Wilson was particularly prolific his senior season in 1996. Teaming up with quarterback Oteman Sampson, Wilson caught 78 passes for 1,161 yards and 10 touchdowns.

“Ever since I’ve known about FAMU, I’ve known about their receivers,” Wilson told the Miami Herald in 1996. “Some of them help me out and give me tips about the psychological part of the game. Being able to go to them has helped me. As a receiver here, you are expected to be the best.”

When his time in Tallahassee was complete, Wilson made his way to the pros. The 5’11 inch receiver went undrafted in 1997, but signed with the Seattle Seahawks.

Our thoughts and prayers are with the Wilson family and Florida A&M.