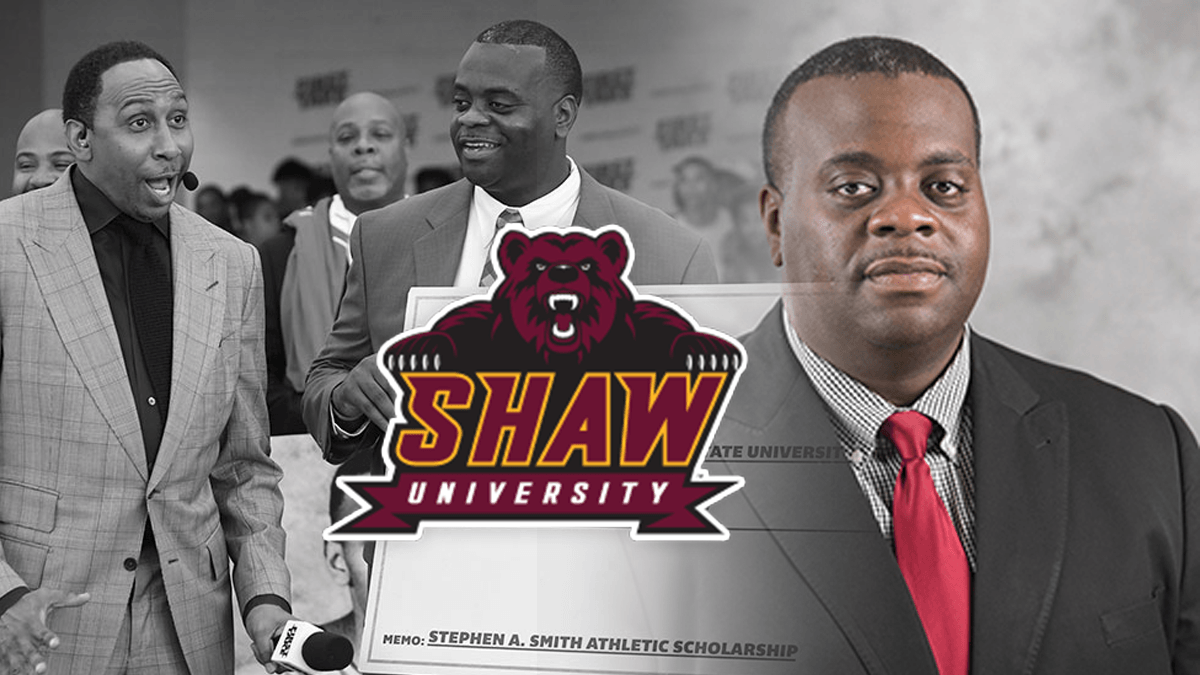 RALEIGH, N.C.–After a national search, Shaw University President, Dr. Paulette Dillard has announced the appointment of George Knox as its new Director of Athletics.  Knox will assume the role on September 1, 2020, succeeding Dr. Alfonza L. Carter, who announced his retirement after serving nearly two decades in the position.

Knox brings over a decade of professional experience to this role, including a one-year stint as interim director of athletics at Winston-Salem State University. Since 2015, Knox has served as the Associate Director of Athletics at WSSU besides ensuring that the Rams Athletic Department and its student-athletes remain in full compliance with NCAA rules and guidelines, he also supervised the athletic facilities and general game-day operations.

“I’m excited to welcome Mr. George Knox as our new Athletic Director,” remarked President Dillard. “Mr. Knox’s work ethic, leadership, and successful track record of fundraising make him the ideal candidate to lead this program. I appreciate his focus on athletes first being students while imparting his competitive mentality.”

Prior to joining the staff at Winston-Salem State, Knox served as the Central Intercollegiate Athletic Association (CIAA) Associate Commissioner for External Relations where he managed all external partners, including sponsors Coca-Cola, Nationwide Insurance, Food Lion, and Toyota. He also served as the liaison for television production and was the championship coordinator for the CIAA Football Championship game and secondary coordinator for the CIAA Basketball Championship Tournament.

“I want to thank Dr. Dillard and the Board of Trustees for the opportunity to be the next Director of Athletics at Shaw University,” said Knox. “I will intently focus on the health and wellbeing of our players, their academic success, and helping them win. One of my top priories will be connecting with alumni, corporate partners, and supporters as together we build on the program’s legacy and create a fresh path for winning.”

Knox is a graduate of Winston-Salem State University with a degree in Sports Management. He is married to Lakisha Bridges Knox. He is the father of one daughter and one son.