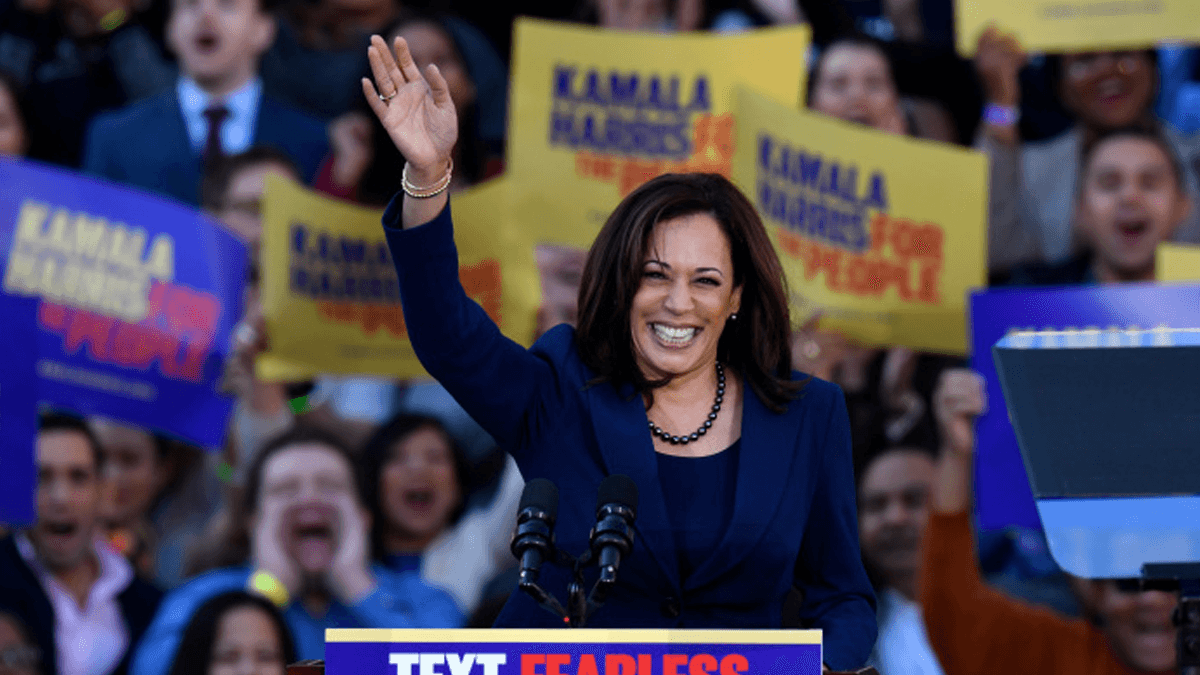 The California Senator and Howard alumna tabbed by Joe Biden as his pick for Vice-President.

Presumptive Democratic presidential nominee tabbed Howard alumna Kamala Harris as his vice-president running mate on Tuesday. Harris, 55, is the first Black woman to be nominated for national office by a major party. She is also the first person of Indian descent to hold that claim as well. She is only the fourth woman to be chosen for a presidential ticket in the history of the United States.

Howard University reveled in the momentous announcement and issued the following statement on Tuesday on behalf of Howard President Dr. Wayne A.I. Frederick.

“Today is an extraordinary moment in the history of America and of Howard University. Senator Kamala Harris’ selection as the Democratic vice-presidential candidate represents a milestone opportunity for our democracy to acknowledge the leadership Black women have always exhibited but has too often been ignored. Let’s pause and take a collective breath that has been denied to so many. We are proud to call Howard University alumna Kamala Harris a member of our HU family. As Senator Harris embarks upon this new chapter in her life, and in our country’s history, she is poised to break two glass ceilings in our society with one fell swoop of her Howard hammer!  The HBCU community and I will be watching.”

Harris completed her undergraduate studies at Howard University in 1986. She was a double major in political science and economics. Harris also became a member of Alpha Kappa Alpha Sorority during her time in Washington, D.C.

She launched an unsuccessful presidential bid last year before dropping out of the race for the Democratic nomination. Harris left the race in December, shifting her attention back to the Senate. Pundits regarded her as a front runner for the VP pick ever since.

“I’ve known Senator Kamala Harris for a long time. She is more than prepared for the job. She’s spent her career defending our Constitution and fighting for folks who need a fair shake. This is a good day for our country. Now let’s go win this thing,” he said.

Atlanta Mayor and Florida A&M alumna Keisha Lance Bottoms was mentioned as a possible pick for Biden, along with Spelman alumna Stacey Abrams. Both issued their congratulations on Twitter Tuesday evening.

Just over a year ago Harris and Biden engaged in a heated Democratic debate. But now all is well for the duo on the 2020 ticket. Harris will appear alongside Biden on Wednesday in Delaware to issue public remarks. The two will take part in a virtual grassroots fundraiser later that evening.

Harris will take part in her first vice presidential debate on October 7 versus Mike Pence.