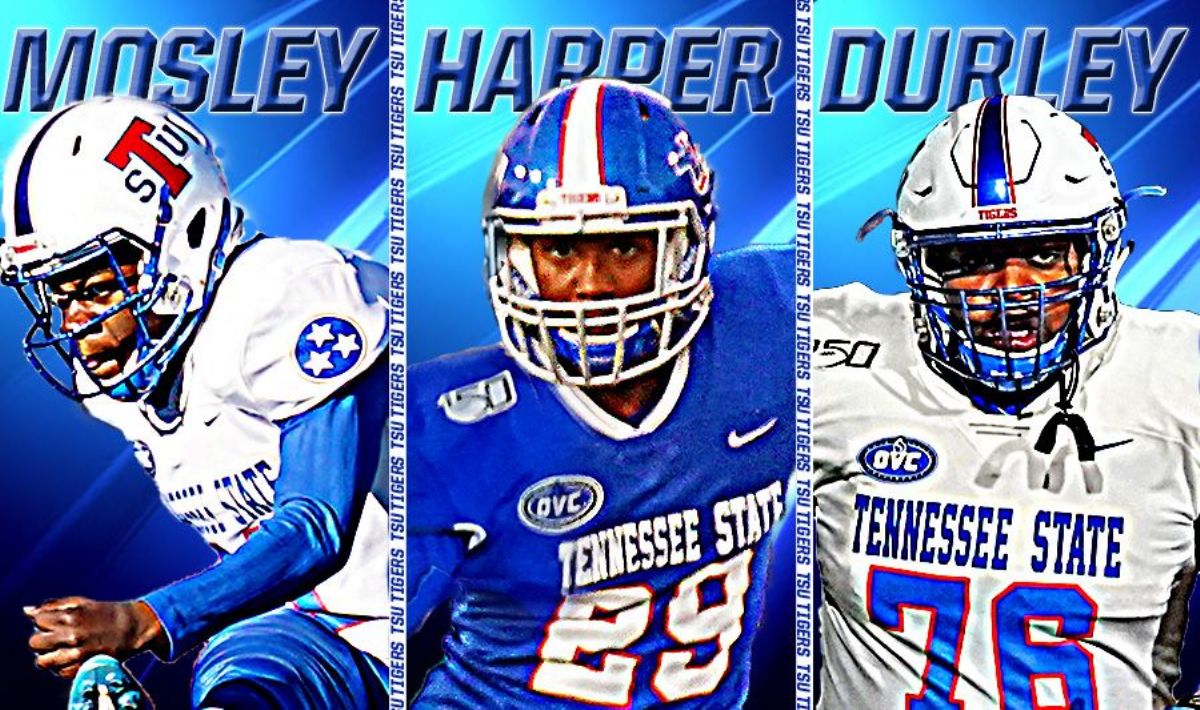 Harper is coming off a junior campaign where he led the OVC with 1.3 passes defended per game, which was 11th nationally. The cornerback finished fifth on the team with 58 tackles, 46 solo, 14 pass breakups and two interceptions.

Mosley led the conference in punting, averaging 42.2 yards per punt, and ranking 20th in the nation. As a sophomore, the Montgomery, Ala., native had 44 boots for 1,857 yards with a career long 64-yarder to highlight the season. Mosley finished with eight punts over 50 yards, while placing 12 inside the 20.

Durley played in 12 games, starting 10, at right tackle in his first season as a Tiger. The lineman helped the offensive unit average 400.1 yards per game, finishing third in the Ohio Valley Conference in total offense. The offense also finished second in passing with 260.7 yards per game. Durley anchored a line that allowed the second least amount of sacks in the OVC at 1.75 per game

The Big Blue is currently scheduled to open the 2020 season on Sept. 26 versus Jacksonville State.