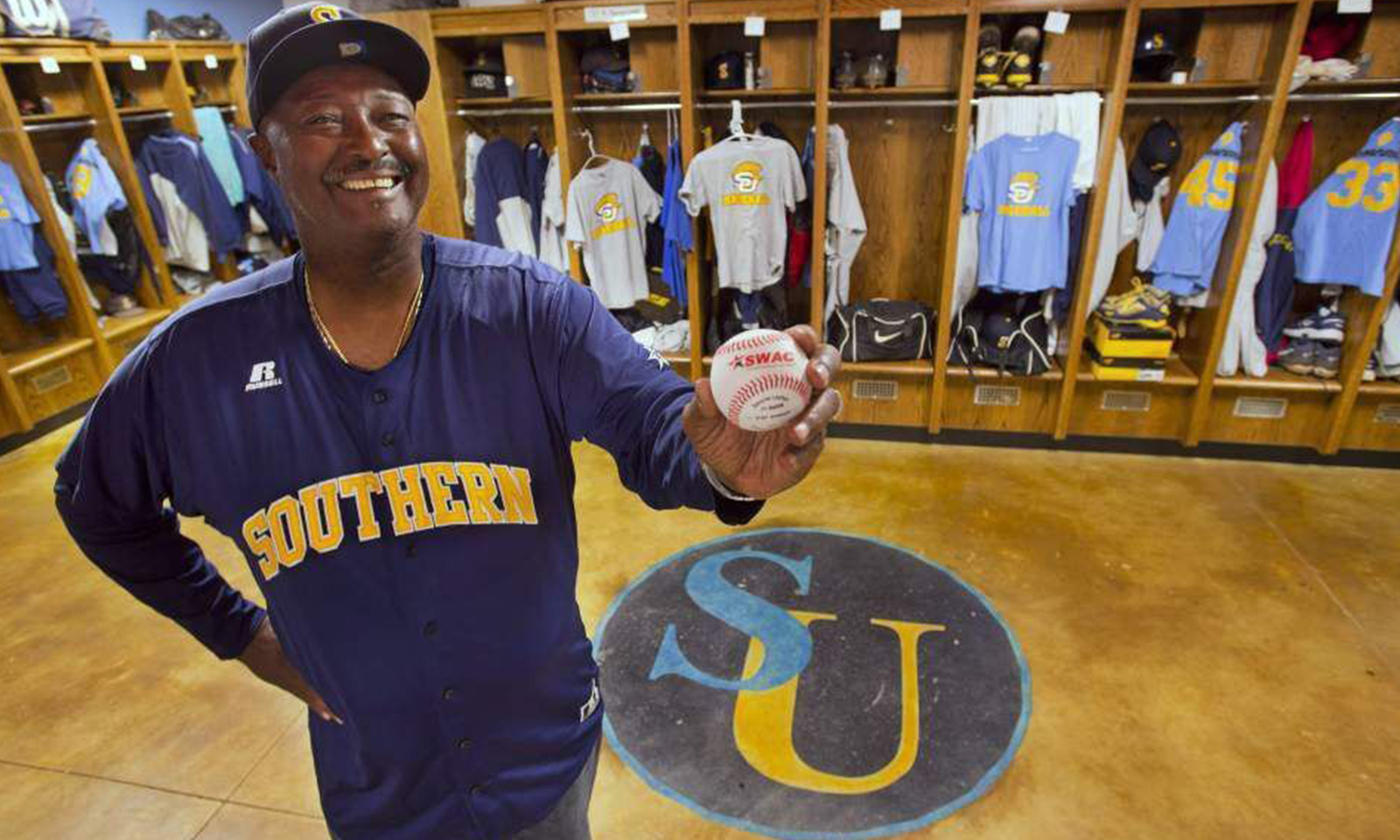 The American Baseball Coaches Association will have a Southern Jaguar in its 2021 Hall of Fame class.

The American Baseball Coaches Association has announced eight individuals to be inducted to the ABCA Hall of Fame in January 2021. Among the inductees is legendary Southern University player and coach Roger Cador.

The 2021 ABCA Hall of Fame induction ceremony will be held during the 77th annual ABCA Convention on Friday, Jan. 8, 2021 at the Gaylord National in Washington, D.C. Tickets to attend the Hall of Fame Banquet will go on sale September 1.

Induction to the ABCA Hall of Fame is the highest honor bestowed by the organization. The ABCA was founded in 1945 and the Hall of Fame began in 1966.

“Congratulations to Roger Cador on being selected to the ABCA Hall of Fame,” Southern University Athletic Director Roman Banks said “From all of us at Southern University we are proud to see Southern Legend and Great earn this well-deserved and distinguished honor. He has served as an incredible ambassador for SU and role model to so many in our community and to Jaguar Athletics during his historic career. We are excited for him and his family.”

Roger Cador retired from coaching in 2017 with a career record of 913-597-1 (604). He took over the program at Southern University (La.) in 1984 after serving as an assistant coach on the baseball and basketball teams at his alma mater and would go on to build one of the most respected Historically Black University/College (HBCU) programs in the nation.

Among the many highlights in his illustrious career which spanned three decades, Cador holds the distinction of leading Southern as the first HBCU to win a game in an NCAA regional, upsetting No. 2 Cal State Fullerton, 1-0, in New Orleans in 1987.

His crowning achievement as a coach was spearheading the development of second baseman Rickie Weeks. A two-time NCAA batting champion, Weeks received the 2003 Golden Spikes Award as the top collegiate baseball player in the county, the first from a predominantly black school. Weeks was taken with the second overall pick in the 2003 MLB Draft by the Milwaukee Brewers, and would go on to have a stellar 14-year MLB career with four teams.

The Louisiana legend also has been active in increasing the exposure for both college baseball and HBCU coverage nationally. He helped organize the Urban Baseball Invitational (now known as the Andre Dawson Classic), which has featured HBCU schools in live national telecasts on ESPN and the MLB Network from Los Angeles, Houston and New Orleans.

Throughout his career, Cador also helped bring baseball back to inner-city communities, working alongside Major League Baseball and their diversity task force.

A standout for the Jaguars from 1970-73, Cador played professionally in the Atlanta Braves organization from 1973-77 after leading Southern with a .393 batting average as a junior in 1972. Cador advanced all the way to the Class AAA Richmond Braves before returning to Southern where he served as an assistant baseball coach from 1978-84 while simultaneously working as a basketball assistant coach from 1980-84.

Cador was honored by the Southwestern Athletic Conference as a 2018 SWAC Hall of Fame inductee and was inducted into the Louisiana Sports Hall of Fame in the fall of 2019.