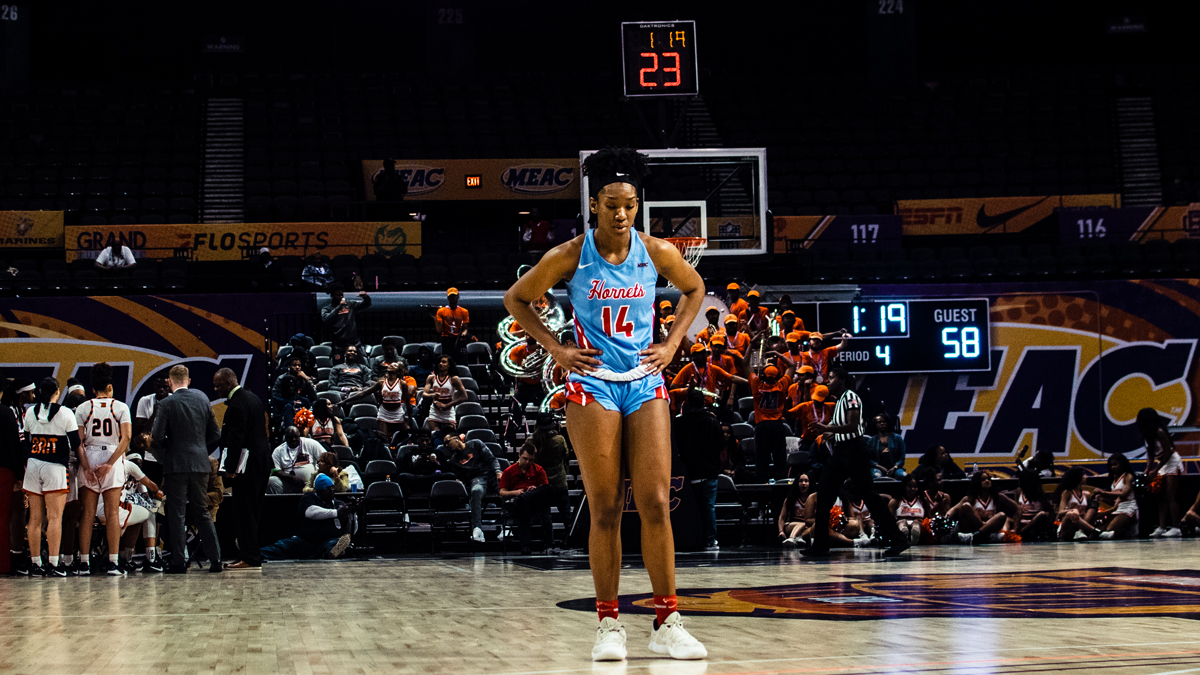 For a few hours, the MEAC Tournament was the only thing keeping college basketball alive.

While the majority of the college basketball world bit the bullet and cancelled their tournaments, the Mid-Eastern Athletic Conference stood alone on Thursday afternoon as the only active conference. For a little while.

The MEAC has suspended its men’s and women’s basketball tournaments effective Thursday afternoon, the conference announced, as well as all spring sports.

“While we are disappointed that the excellence of our student-athletes, after months of preparation, will not be showcased, their health and safety as well as the health and safety of the wider community is of paramount importance,” Howard University President Dr. Wayne Fredrick said.

The MEAC played both its Thursday afternoon women’s quarterfinals games as the ACC, Big Ten, SEC and the entire Division I conference tournament system ground to a halt.

On the outside looking in, it appeared to be just another Thursday morning session at low-mid major basketball conference. Pep bands were pepping, cheerleaders were stomping (and tug-of-warring) and shirts were being thrown into the crowd.

However, it was anything but a normal March Madness day. With the big boys shutting down their tournaments, you knew it was only a matter of time. But for the teams on the floor, it meant more than just playing out the string.

North Carolina Central knocked off North Carolina A&T 56-54 in the first matchup. Fifth-seeded NCCU completed a season sweep of its rivals to the East.

Morgan State defeated Delaware State 64-63 in what looks to have been the final college basketball game of the season. Head coach Ed Davis Sr. talked about the uncertainty of getting on the court to play the game.

“We had shootaround this morning, they just went business as usual,” Davis said. “When it came down to actually getting on the court, we were held in the locker room, because a decision still had not been passed.

“I told them, regardless, if we get this opportunity lets just take full advantage of it,” he said. “They were really pumped up, not even knowing if we were going to get to play.”

MSU and DSU did play, and it was a good one. The game came down to the wire but in the end Dahnye Redd (24 points) and Chelsea Mitchell (18 points, 11 rebounds) helped MSU secure the win.

The players were proud of their win, and their season, but they couldn’t deny it felt incomplete.

“It was unfortunate that we couldn’t finish it out, especially with it being my senior year,” Mitchell said.”

Ashia McCalla isn’t a senior, but the guard still felt the sting of what might have been.

“We wanted to show everybody in the tournament that we could really finished,” McCalla said after the game. “But unfortunately, the tournament’s cancelled, so we weren’t able to accomplish that.”

It’s a feeling that every team still left dancing in March is feeling as well.