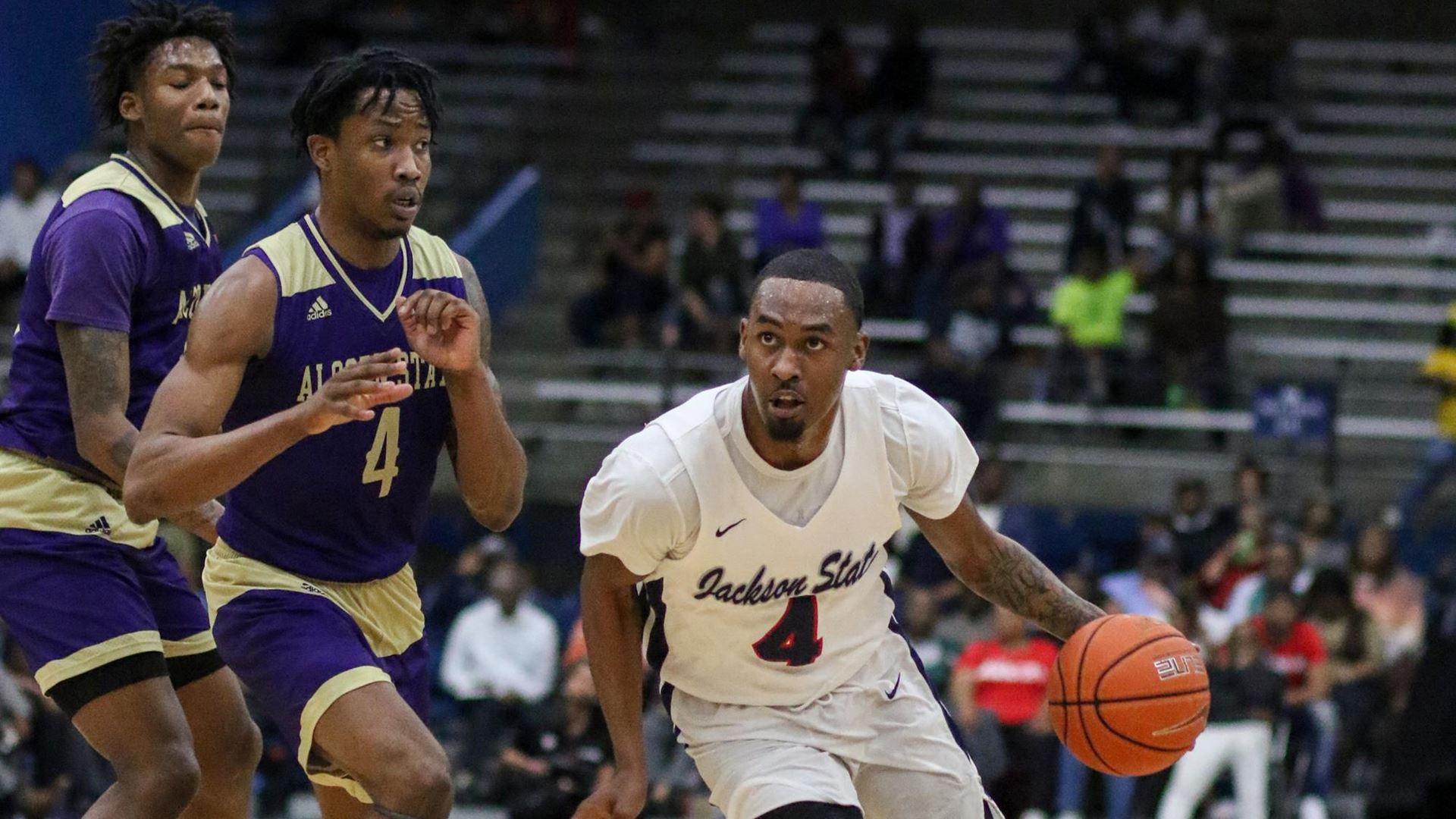 Roland Griffin scored 13 of his 19 points in the first half and fourth-seeded Jackson State defeated Alcorn State 69-48 in Tuesday night’s SWAC quarterfinals.

The Tigers never trailed in the contest, leading for 39:33 of the game’s 40 minutes. The Tigers led by as many as 25 points with 6:17 left in the second half. In the last forty minutes of play, viral sensation Thomas “Snacks” Lee made yet another appearance, generating a buzz from the crowd as this time he made his appearance in the SWAC Tournament.

513
The Latest in HBCU Sports and Culture