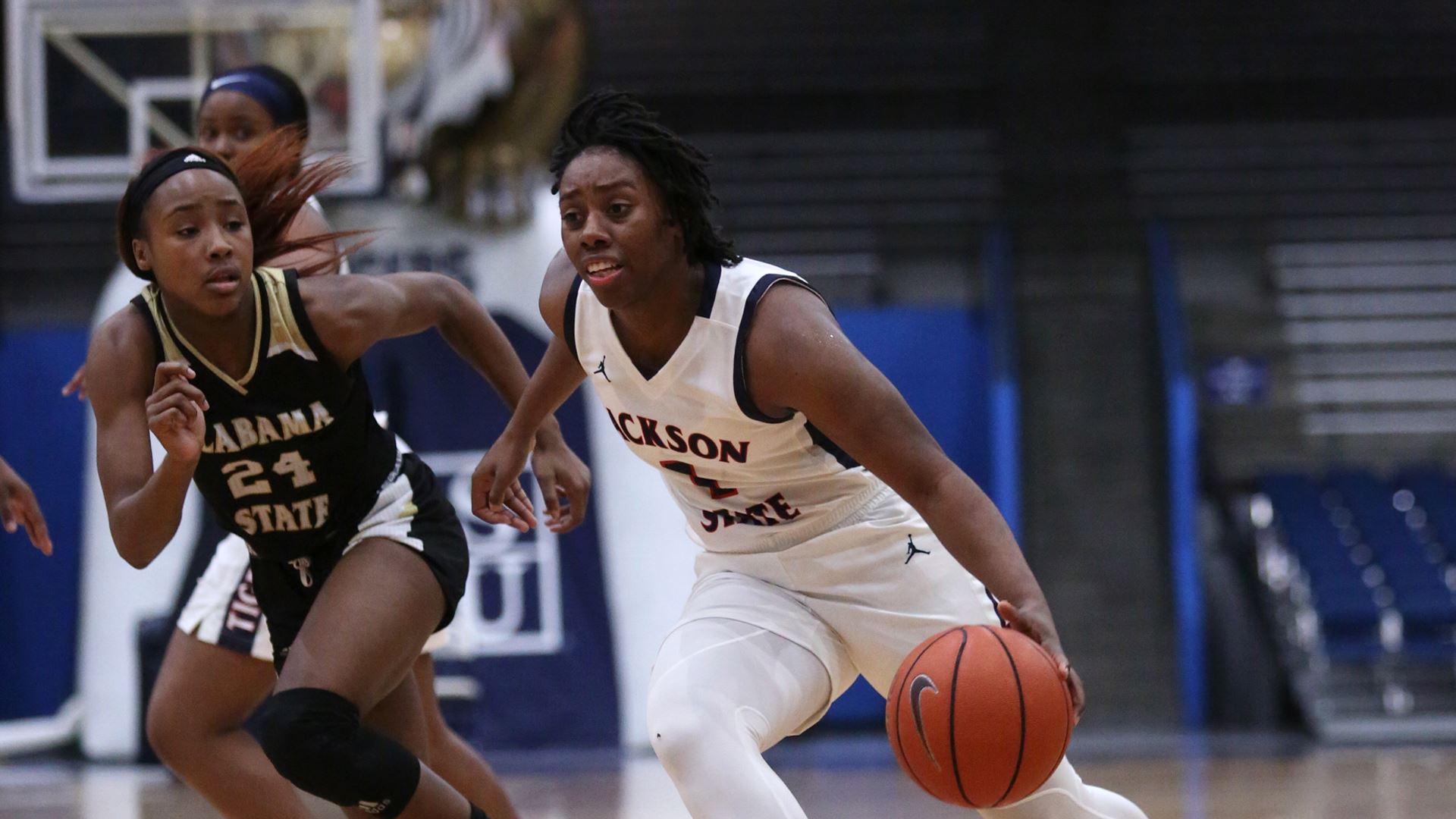 JACKSON, Miss. – Ameshya Williams scored 23 points and grabbed 17 rebounds – both game-highs – to lead Jackson State past Alabama State 71-53 in the opening round of the 2020 Southwestern Athletic Conference Tournament.

The Lady Tigers advance to the SWAC semi-finals and will match-up with Alabama A&M.

JSU started the game off slowly and led 15-14 after one-quarter of action. The Blue and White grabbed momentum in the second quarter and outscored The Lady Hornets 18-8. JSU also ramped up its defense and held ASU to 3-for-18 shooting from the field. The Lady Tigers also won the rebounding margin 13-3.

JSU won the battle in the paint and out-rebounded ASU 51-26 and 25-9 on the offensive boards.

JSU and AAMU will meet up Friday, March 13 at 12 p.m. from Bartow Arena in Birmingham.