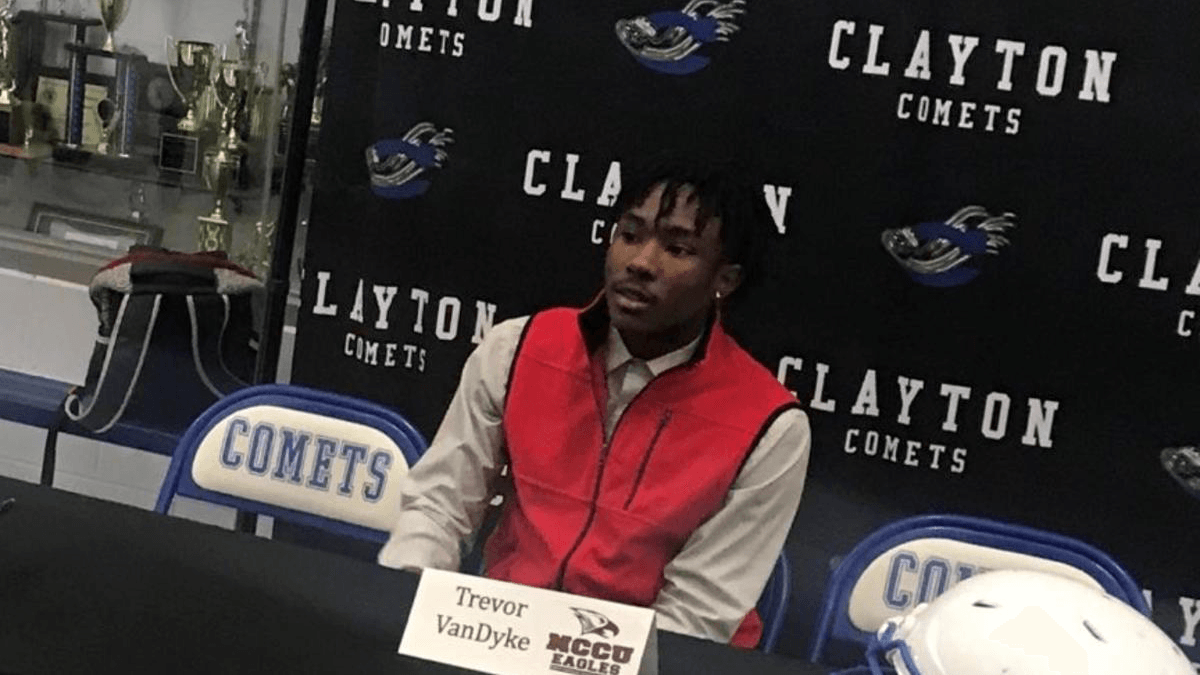 Investigators are trying to discover who shot Trevor VanDyke

North Carolina Central University freshman football player Trevor VanDyke was shot and killed in Durham on Monday night. Police responded to calls of a gunshot wound on the 4600 block of Industry Lane, away from NCCU’s campus, just after 9:30 p.m. VanDyke was pronounced dead on the scene.

“Our community has been shaken by the sudden and tragic death of one of our first-year students,” NCCU Chancellor Johnson O. Akinleye said on the school’s website.

“It is with a very heavy heart that I share the news that Mr. Trevor VanDyke was killed on March 2, 2020, in a shooting at an off campus apartment complex,” the statement continued. “He entered NCCU in August 2019 and was a graduate of Clayton High School in Clayton, N.C. Mr. VanDyke’s death is currently being investigated as a homicide by the Durham Police Department.”

VanDyke played defensive back for NCCU after signing with the Eagles from Clayton High School. Spring football practice had just begun on Monday for the NCCU football team. Grief counselors have been made available to all NCCU students who may need it.