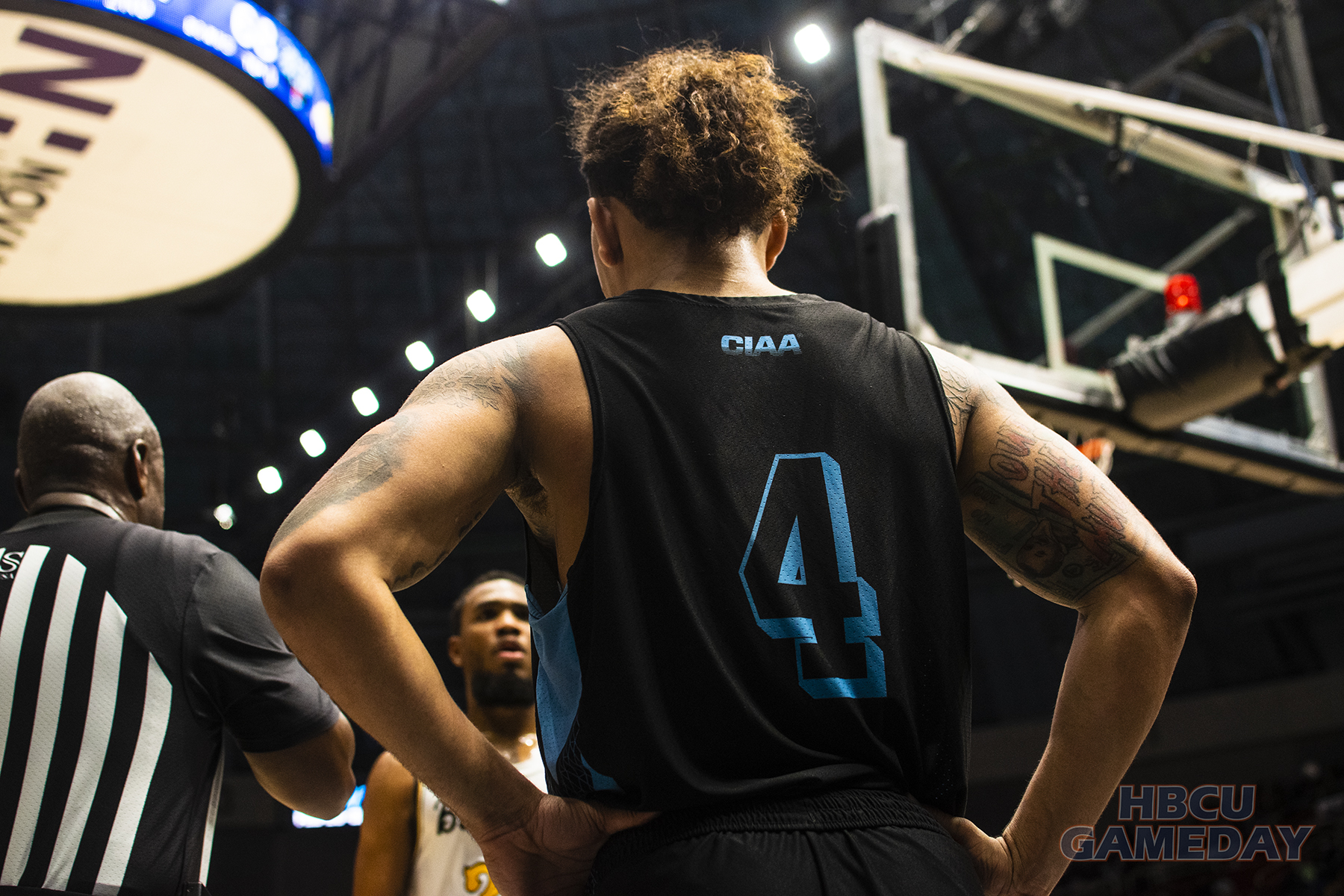 Livingstone’s Roger Ray isn’t at the CIAA Tournament to make friends. He’s there to survive, advance and bring the title to Salisbury.

CHARLOTTE– Livingstone College and Bowie State were both thought to a have a chance to play for the CIAA title back in October. Instead, the two programs, who have created a long-distance rivalry, found themselves squaring off in the first round of the tournament.

The Blue Bears, seeded sixth in the CIAA South, were led by CIAA Player of The Year Roger Ray who put up 22 points, nine assists and nine steals. Ray got solid help from Lydell Elmore (16 points) and Cameron Carpenter (12 points).

The game had several swings, but was ultimately won in the paint as LC outscored BSU 26-18.

Now Livingstone (13-15) will face off against perhaps its most heated rival, Winston-Salem State, in the Spectrum Center at 9 PM on Thursday night. The game will be broadcast live on Aspire TV.

Livingstone and Winston-Salem State isn’t one of the traditional rivalries in CIAA basketball, but it has become one of the most intense in the decade since WSSU has returned to the league. The two schools are separated by about 40 minutes, and both games his year have been just as close.

WSSU went into Salisbury on Feb. 1 and escaped with a 74-71 victory as it survived a last-second heave by Ray. LC nearly stole a road game itself on Saturday, however WSSU forced overtime and came away with an 84-76 win in a heated (literally and figuratively) battle in the C.E. Gaines Center.

“It’s a rivalry,” Smith said after his team’s win. “We just gotta go out there and play hard. We can’t give them the ball, drive the ball, and play honest, good defense.”

Ray, who averaged 30 points per game against the Rams this season, agrees.

“It’s a rivalry, but we ain’t gonna do much talking, just let Thursday night take care of itself.”

That’s probably a smart move considering how much back-and-forth the Livingstone-WSSU fans have done with each other all month long.

No Friends In The Tourney

The regular season didn’t go the way Livingstone wanted or most people expected. LC was predicted to win the CIAA South, yet it struggled while its two closest rivals, JCSU and WSSU, shared the title and swept them.

But the CIAA Tournament is a different animal. For Livingstone and its leader, its next loss will be its final one. That’s not lost on Ray, who is LC’s heart-and-soul.

Thursday’s matchup will pit Ray against a player he knows very well in WSSU’s Rob Colon. Colon, a fellow senior and All-CIAA player, played with Ray as an adolescent in AAU basketball. Both have carried their teams during their four years in college, and both are hoping to finally claim the CIAA title.

But Ray isn’t focused on re-hashing the past this week. His goal is to keep playing and bring the title back to Salisbury for the first time since 2015 and just the third time ever.

It’s was cool the last four years, but that doesn’t have nothing to do with me,” Ray said.

“I really don’t look at one particular player, I look at my team. We put God first, and if you ain’t with us, it is what it is.”