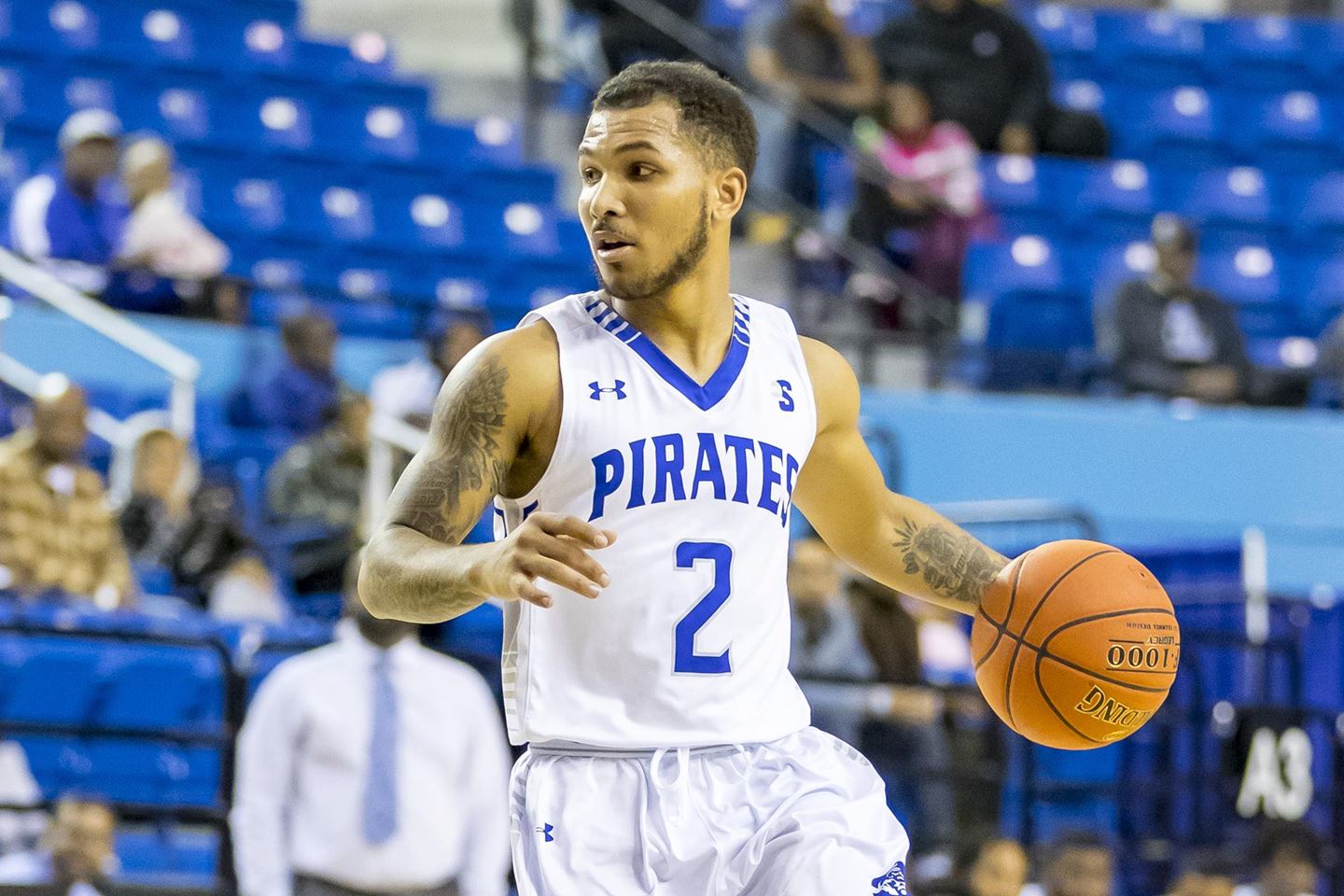 Ashley Bates wins the women’s award in the conference.

Hampton University senior guard Jermaine Marrow was named the Big South Conference Player of the Week as announced by the conference office on Monday.

Marrow averaged 28.0 points and 6.5 assists in leading the Pirates to a pair of key Big South victories last week.  He opened with 33 points, seven assists and two steals in Hampton’s 87-77 home win over Gardner-Webb last Thursday, and followed with 23 points, six assists, four rebounds and a steal in Saturday’s 87-81 win at Winthrop.  Marrow is now 37 points from breaking the Virginia Division I All-Time Scoring record entering the week with 2,520 points.

Hampton returns to action on Monday night with the second half of its game at Gardner-Webb starting at 7 pm.  The game was postponed after one half on Jan. 20 when the shotclocks malfunctioned.

The Pirates will be home on Thursday night when they face Radford at 7 pm on ESPNU.

Bates averaged 20.0 points, 7.0 rebounds, 5.0 assists and 4.0 steals in Hampton’s pair of conference victories last week. The senior opened the two-game span with 27 points on 8-for-13 from the field and added eight boards, five assists and three steals in the Lady Pirates’ 86-73 road win at USC Upstate on Tuesday. On Saturday, she dropped in 13 points with six rebounds, five steals and added another five-assist effort in HU’s 67-53 home triumph over Presbyterian College.  Bates went over the 1,300 career point mark in the two games as she now sits at 1,315 points.

Young posted back-to-back 17-point efforts in Hampton’s pair of league wins last week. The forward added seven rebounds and swiped four steals in the Lady Pirates’ victory at USC Upstate on Tuesday. She later posted a double-double with 12 boards to go along with her 17 points in Hampton’s 67-53 home victory over Presbyterian College.   Young now has nine double-doubles on the year and this makes her fourth freshman of the week honor this year.