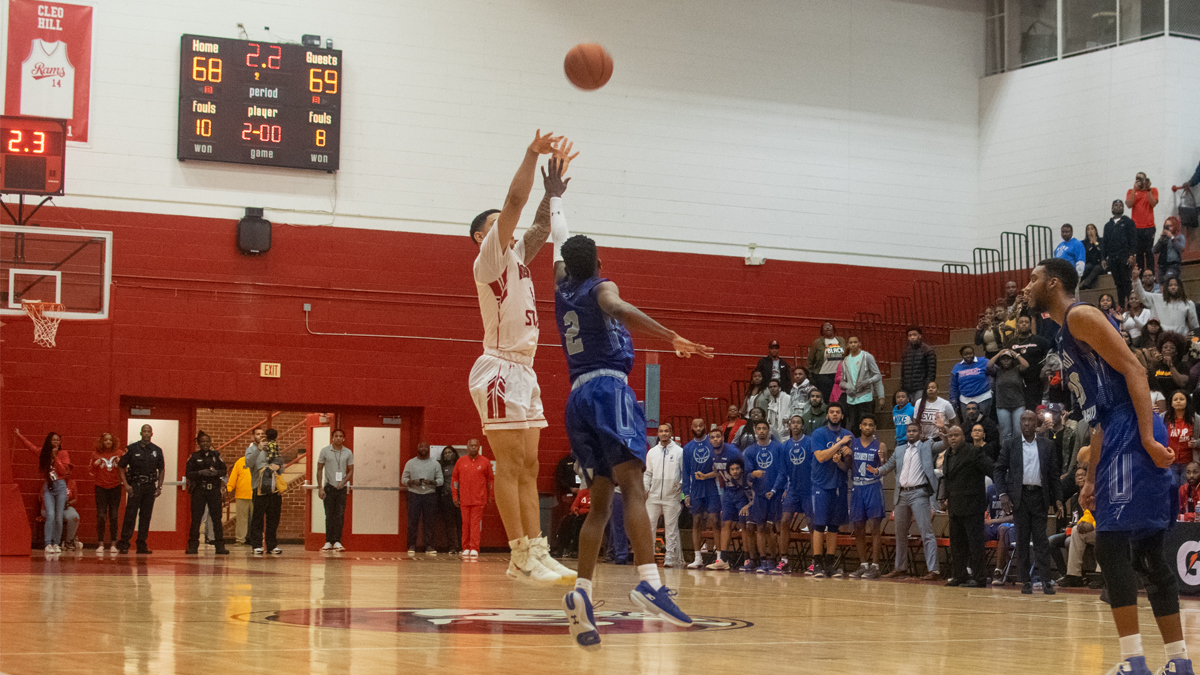 Winston-Salem State picked up a big win on the road as it stayed atop the CIAA South.

FAYETTEVILLE, NC– The CIAA will award its championship trophies in two weeks, but Winston-Salem State and Fayetteville State put on a show that was title-worthy on Saturday night.

WSSU maintained its slim lead in the CIAA South with a gut-wrenching 53-52 win over Fayetteville State on the road Saturday.

Senior guard Rob Colon scored a team-high 20 points including the game-winning three pointer with 1:15 remaining to help his team win in front of 3,237 fans in Capel Arena.

Fayetteville State had a chance to win the game at the buzzer but Jalen Seegars 3-point attempt fell off the mark and WSSU picked up its ninth win in 10 games.

Seegars finished with a game-high 21 points and 10 rebounds in the loss for the Broncos.

Both teams struggled from the field, shooting an identical 33.3 percent overall. The Rams did shoot a solid 35 percent from the 3-point line, led by Colon’s 3-for-7 performance.

The win improved WSSU’s record to 16-9 overall and 12-3 in CIAA games. WSSU will travel to Johnson C. Smith on Saturday in a game that could help it clinch at least a share of the CIAA Southern Division title and a bye in the CIAA Tournament at the end of the month.