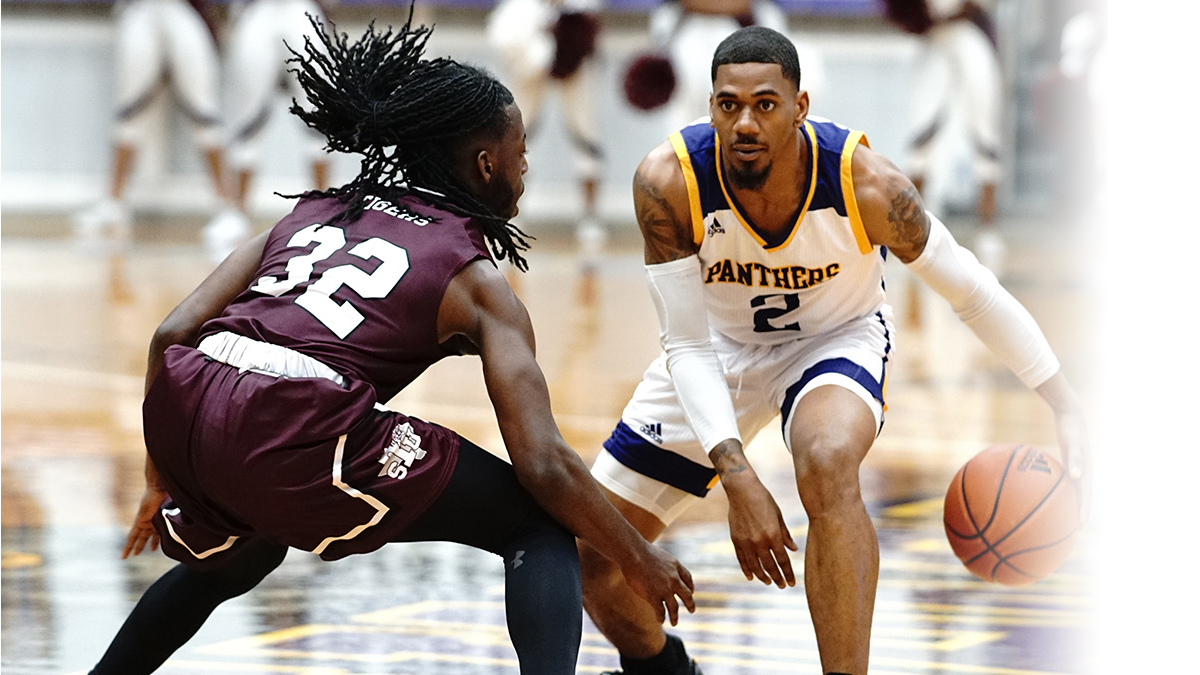 Prairie View A&M takes over first place in the SWAC

Patterson went for 27 points, 14 rebounds, six steals and a pair of blocks while shooting 10-of-16 from the floor. Senior Gerard Andrus scored 23 points.

With Patterson leading the charge, the Panthers (12-11, 8-2 SWAC) stormed out of the gates in the second half with an 11-1 surge to erase a 39-34 halftime deficit. As the Panthers defense largely suffocated the Tigers – Texas Southern went scoreless from the field during the first nine minutes of the half – for much of the half, Patterson began to impose his will as he nearly outscored the Tigers by himself during the final period (20-16).

A put-back slam by Patterson pushed the Panthers’ lead to 11 with 4:42 left, and from there the Panthers cruised, leading by at least six the rest of the way.

Behind the early hot shooting of Andrus, the Panthers opened the contest with nine unanswered points en route to an 11-2 lead.

Matters settled into a back-and-forth affair before the Tigers managed back-to-back buckets to go ahead 31-30 with 3:52 left in the half, but Patterson stuffed home an errant field goal to put the Panthers back ahead.

Though Texas Southern had little resistance for Andrus and Patterson – who combined for 23 first-half points – the Tigers shot 65 percent from the field in the first half, putting together an 8-2 run in the final stretch to take a 39-34 lead to the lockers, after which Patterson’s heroics sealed it for the Panthers.

Prairie View A&M takes over first place in the SWAC