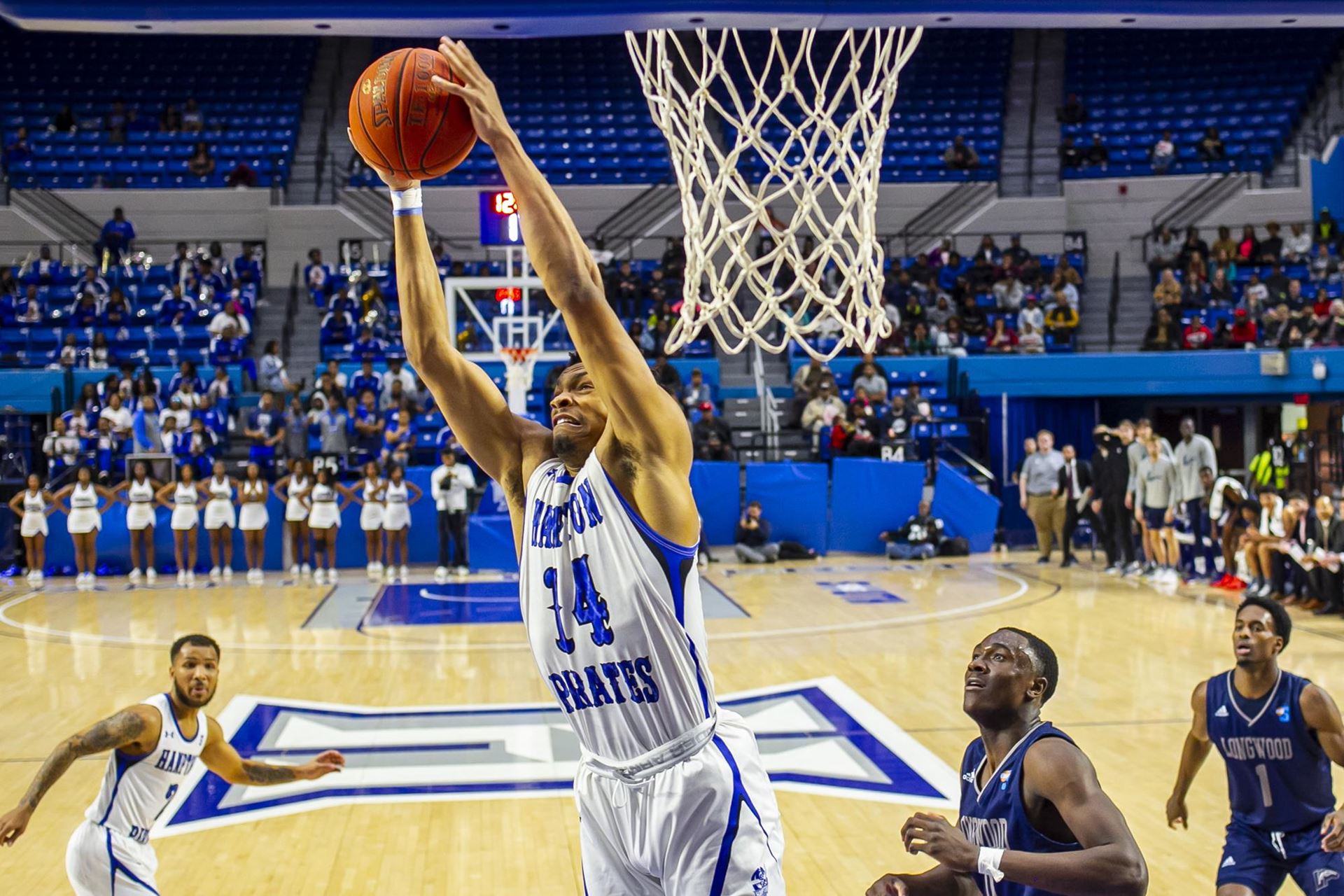 Hampton survives on the road against UNC-Asheville

The Pirates pull out a close one

Hampton held the lead throughout the second half leading as much as eight points twice, as a Marrow layup put them up 67-59 with 8:04 left.  The Bulldogs trimmed the lead to one after a  pair of Lavar Batts free throws with 11 seconds left.  Marrow hit one foul shot with five seconds and Hampton withstood a final 3-point attempt by Thorpe for the win.

Stanley went 14-of-22 from the floor en route to his game-high 33 points, while Marrow dished out five assists to go with his 26 points.  Greg Heckstall just missed another double-double as he had 11 points and nine rebounds.  Russell Dean recorded season highs of nine points and seven rebounds to almost join the double-figure club.

Thorpe had 31 points and nine rebounds to lead four in double figures for UNC Asheville.

Hampton survives on the road against UNC-Asheville