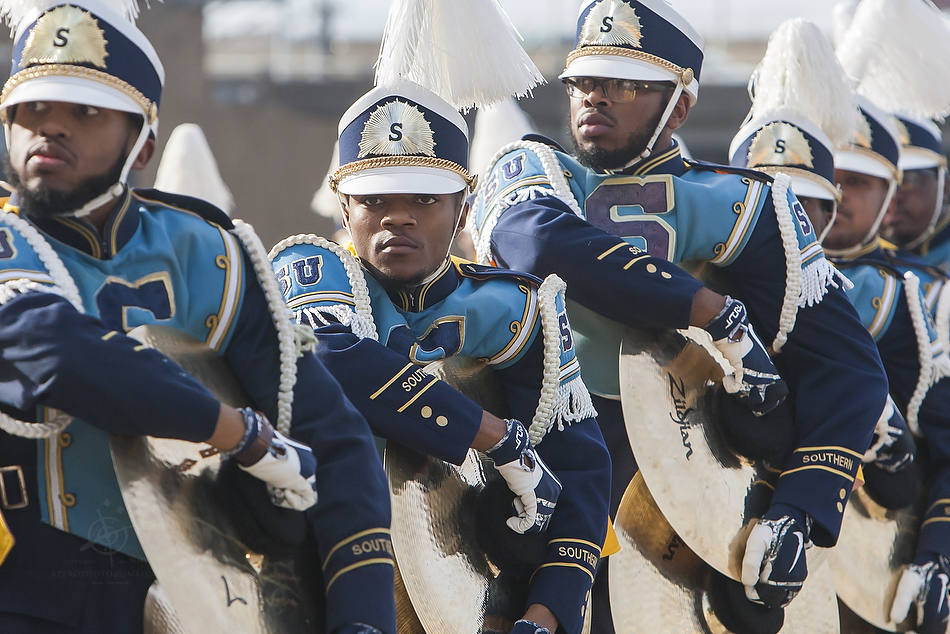 Southern University’s Human Jukebox is the toast of Los Angeles

From the Lakers to the Rose Bowl, the Human Jukebox marches through the streets of Los Angeles.

It’s been 40 years since the Southern University Marching Band performed in the Rose Bowl Parade. In 2020, The Human Jukebox turned the trip into a showcase for its immense talent.

The band already had two performances under its belt before rolling out in the no. 67 spot in Wednesday’s lineup. The Jukebox pulled a Sunday doubleheader performing at the historic First A.M.E Church in South Los Angeles before squeezing in a halftime performance at the Los Angeles Lakers game.

The performance at First A.M.E. had a special meaning as it was pulled together by a Southern alumna. The wife of the minister of music is a Jaguar and was able to get the band to make a special appearance.

After putting on its own version of showtime at the Lakers game there was little time for rest. The Jukebox was right back at it on Monday with a performance in the 40th annual Band Fest.

By Wednesday it was clear that the band and the city had become fast friends. Los Angeles has been known for often crushing dreams but this week it wrapped its collective arms around these young men and women.

The Pasadena Star-News noted with exception the performance of the Jukebox in its “Top 5 Moments” from the parade.

“However, the standout band was Southern University’s “Human Jukebox” marching band, which wowed those in attendance with its power and precision in playing local favorite tune “I Love LA” by Randy Newman.,” wrote reporter Christopher Yee.

This level of exposure is nothing new for arguably one of the greatest college bands in the country. In December the Human Jukebox was featured in music artist Lizzo’s “Good as Hell” music video. In the first three weeks of its release, the video has garnered over 12 million views on YouTube.

It’s been a pretty eventful Christmas break for these Southern University students. The bar has been set pretty high for this current crop of Jukebox members, but there’s an entire year left to try and outdo it.

Southern University’s Human Jukebox is the toast of Los Angeles