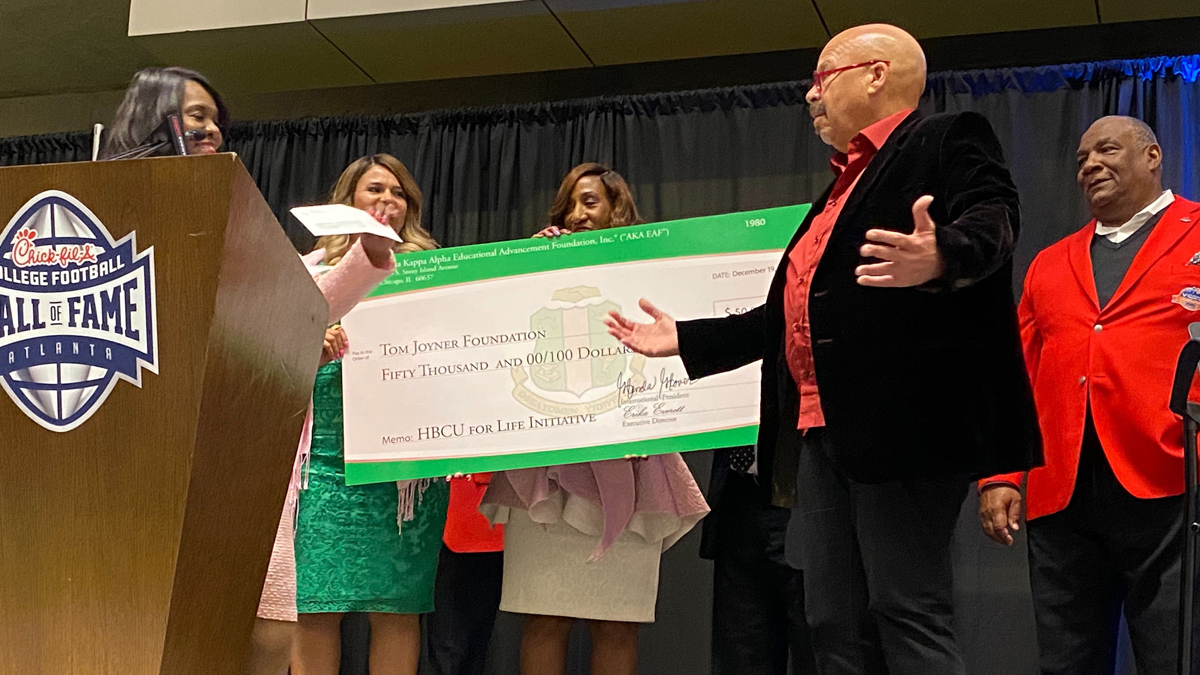 Tom Joyner is emploring students at HBCUs to vote Donald Trump out of office.

Earlier this month marked the end of an era as the Tom Joyner Morning Show signed off for the final time. But it was clear to everyone at the College Football Hall of Fame on Dec. 19 that Joyner isn’t planning on retiring his mission to help students at historically black colleges and universities any time soon.

Joyner made an appearance at the hallowed hall in downtown Atlanta, GA as part of the festivities for the fifth annual Celebration Bowl. The long-time radio host was inducted to the game’s Champion Circle, designed for the winning coaches of the Celebration Bowl. He was given a custom Celebration Bowl helmet and red blazer, like coaches Rod Broadway and Sam Washington of North Carolina A&T along with Grambling’s Broderick Fobbs.

More importantly he was presented with a check from Alpha Kappa Alpha Sorority, Inc for $50k to the Tom Joyner Foundation. After posing with the check he informed the audience that he would work with alumni groups at both schools to hand out 25 scholarships of $1,000 on the campuses of Alcorn State and North Carolina A&T.

Thank you, Tom Joyner and Alpha Kappa Alpha, for helping HBCU students make a way to change the world.