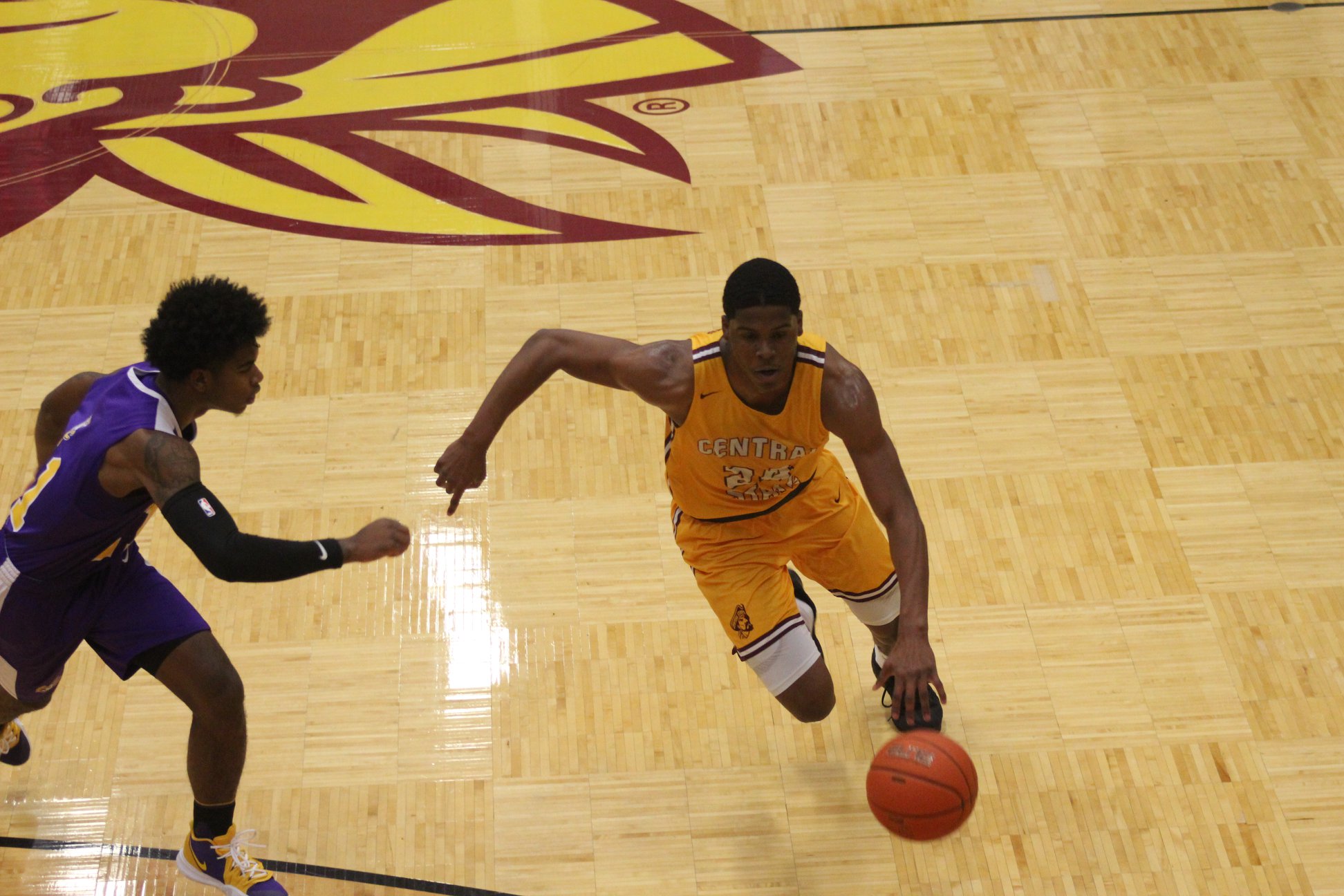 Central State continues to move along in the SIAC

WILBERFORCE, Ohio – The Central State Marauders built an early lead and hung on late for a 70-69 win over Benedict on Saturday.

Benedict managed to close the gap to one by the 13:26 mark and evened up the score 52-52 after two Tajh Green free throws with 9:58. After trading baskets, BC took a 63-61 lead on a Romello Jones three-pointer with 3:13 to play. Brown answered for CSU on the other end with a three ball of his own.


Back-to-back successful trips to the free throw line put BC back up by two with 2:11 to go. Hunter knocked down a fade away three pointer from the top of the key on CSU’s next possession to give his team a 68-67 lead with 1:49 left.


After a defensive stop, CSU’s Tom Johnson split a pair of free throws. BC;s Brandon Favors drove the lane to even the score once more, 69-69, with 35 seconds remaining. Johnson drew another foul on a drive to the basket and split again from the line to give CSU the one-point cushion. With eight seconds left, CSU held BC once more by forcing an off balanced shot as time expired.

Hunter led all players with 18 points along with eight rebounds. Brown scored 17 points off the bench. Glaspie added 10 points and seven rebounds. Johnson finished with a game-high 11 assists.


Mapp led the BC offense with 16 points.

CSU capitalized on 14 BC turnovers, outscoring BC 17-7 in points off of giveaways. Led by Brown, the CSU bench outscored the BC reserves, 32-24.

The Marauders will return home to host Paine on Monday.