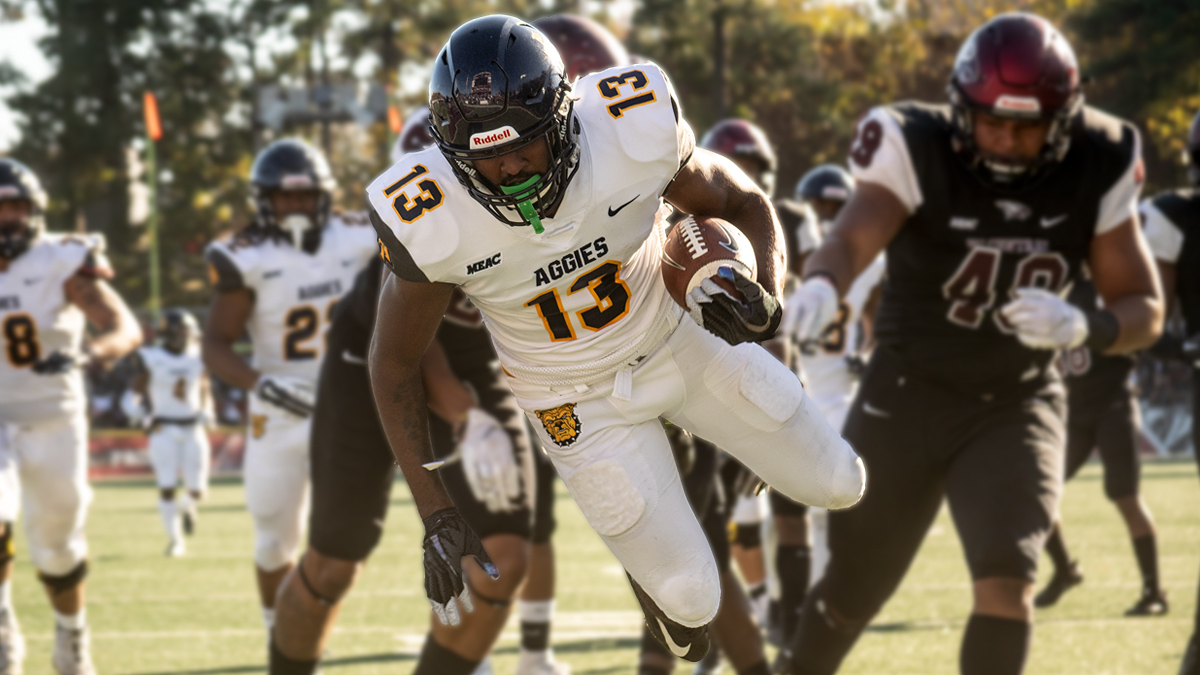 North Carolina A&T needs just one more win to get back to the Celebration Bowl. NCCU will try to crash the coronation.

State bragging rights will be on the line as longtime rivals North Carolina A&T State and North Carolina Central wrap up their season by participating in the Aggie-Eagle Football Classic. In addition, the Aggies can clinch their third straight Celebration Bowl berth with a win, and a win would – at worst – give them a share of the MEAC title.

The Aggies have won the last two meetings, including 45-0 last season, and they lead the all-time series 51-34-5 between the two biggest HBCUs in the state. Jah-Maine Martin was named MEAC Co-Offensive Player of the Week for his play in the Aggies’ 47-17 win over Bethune-Cookman this past Saturday after running for 120 yards and three scores on 19 carries. The three touchdowns gave him 19 for the season, which breaks the Aggies’ single-season record and ties the school record for total touchdowns. It was his fifth 100-yard game of the season. North Carolina Central’s Darius Royster logged his conference-leading ninth sack of the season in the Eagles’ 24-0 loss to South Carolina State this past weekend.

The HBCU Gameday crew will be at BB&T Stadium on Saturday as part of the HBCU Tailgate Tour, which kicks off at 11 AM. We will host the HBCU Tailgate Pregame Show, Driven by Nissan live with co-hosts Rock-T of the Rickey Smiley Morning Show and Olympic medalist Kelli Wells-Brinkley. There will be giveaways from Pepsi, Papa Johns, Uber, Scotch Porter and more. We’ll see you there.