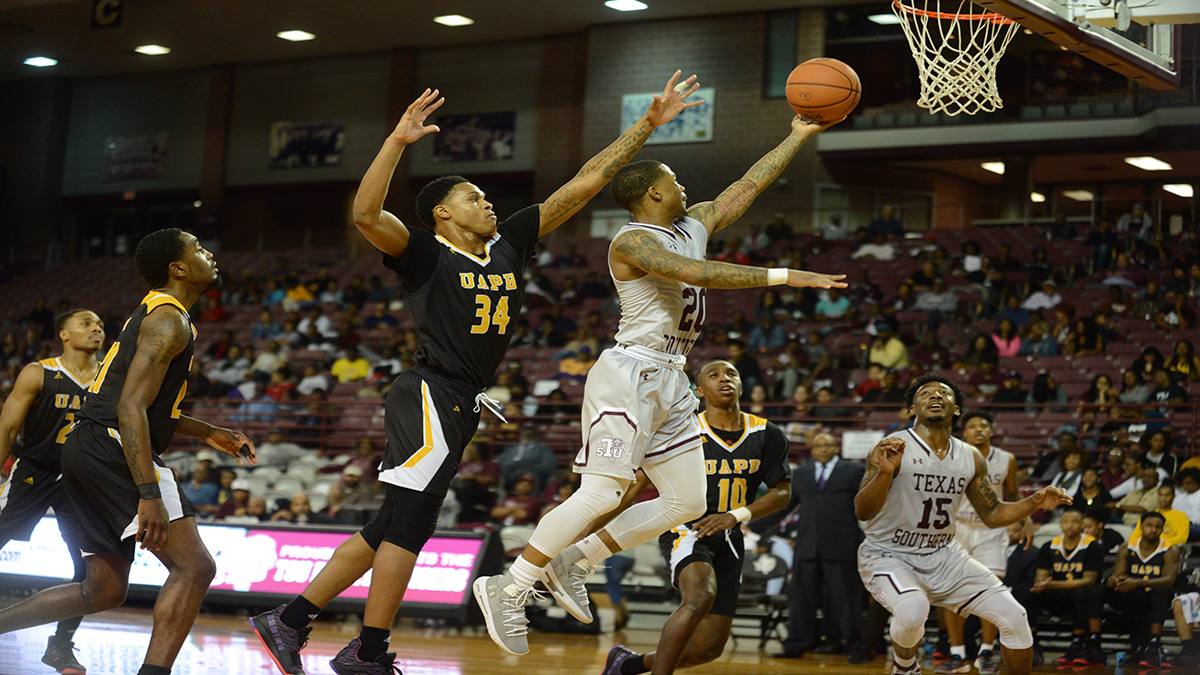 Texas Southern pulled off three Power Five upsets last season. Can it repeat that feat in 2019-2020?

Texas Southern started the 2018-19 season with three big upsets before it finished the 2018-2019 season with a 24-14 record, losing in the semifinals of the (CIT) College Insiders Tournament.

TxSo got off to a great start, defeating Baylor 72-69 in its first game of the season. It would go on to beat two more Power Five schools: Oregon and Texas A&M. Conference play started with two consecutive wins against Alcorn and Southern. Texas Southern would finish with a 14-4 SWAC record and a loss in the SWAC tournament championship game.

The 2018-2019 campaign came with a a lot new faces. This year Johnny Jones and his staff will begin their second year. They’ll have six returning players that played pivotal minutes. Including key players guard Tyrik “Magic Man” Armstrong who finished with 111 assists, Eden Ewing, Justin Hopkins, and John Jones.

The Tigers will start 2019-2020 season on Tuesday Nov. 5th at San Diego State. The schedule also features home opener on Nov. 30th against Lamar University. Texas Southern’s first home game against a division one opponent since 2014.

Wichita State (November 9): Yep, the Tigers can shock the Shockers. Wichita State was picked to finish fourth in their conference. The Shockers return seven of their top nine scorers but only three starters. Wichita State will need to find someone to replace leading scorer and all conference guard Markis McDuffie. Starting point guard Jamarius Burton returns for the shockers but look for him to turn the ball over, as he led the shockers with 68 turnovers last season.

November is too early to find a replacement for McDuffie and the Shockers wont know what to expect from the Tigers, this early in the season. If Texas Southern can minimize turnovers and be smart on the defensive end, it can come away with the upset.

Reason: Despite winning the regular season title 2017, 2018, 2019, The Pack were picked to finish fourth in the Mountain West as Nevada returns only two players from a team that went 29-5. The Pack will have to replace Cody Martin and Jordan Caroline whom departed for the NBA. Combine those losses with the untimely departure of JC transfer Eric Parish and you have a window for opportunity. Look for Texas Southern to be a much better team with a solid rotation in December.

Texas A&M (December 30) : He think’s Texas Southern is going to walk into College Station and leave with another victory? Yes, that’s exactly what I’m predicting. The Aggies were picked to finish 12th in the SEC. A&M returns five starters but none of those players were selected to the preseason all conference team.

Returning forward Josh Nebo suffered an injury during the offseason that could keep him out. Head coach Buzz Williams has informed the media that he plans to run a “positionless system”. Due to a new coach and a rather unorthodox system, I think Texas Southern can stick around and defeat the Aggies for the second year in a row.