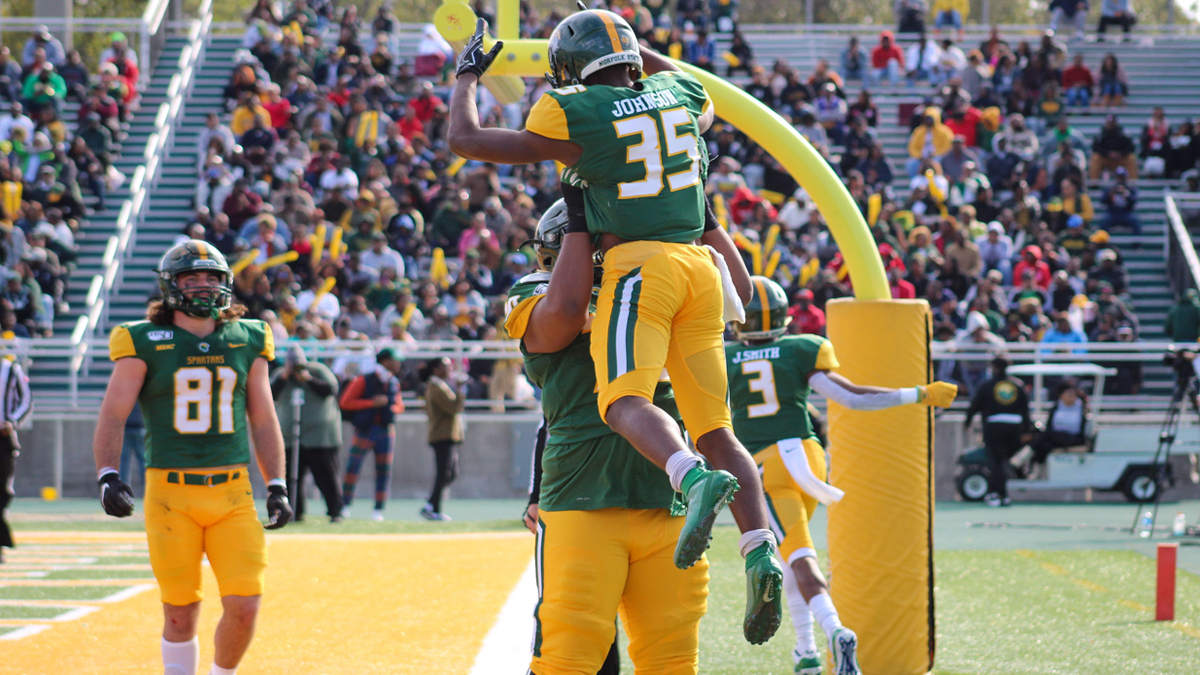 The MEAC’s top rookie, NSU running back Kevin Johnson, is on the watch list for a national award.

NORFOLK, Va. – Norfolk State freshman running back Kevin Johnson was named Tuesday to the watch list for the Jerry Rice Award, given annually to the top freshman at the Division I Football Championship Subdivision level.

Johnson is one of 24 freshmen on the initial list, which was released by STATS. It has been awarded since 2011 and is named for the former Mississippi Valley State and NFL Hall of Fame receiver.

Johnson has made a huge impact in his rookie season. Johnson is tied for third in the MEAC with nine total touchdowns, six rushing and three receiving. He also ranks fourth in the MEAC in all-purpose yards (105.4 ypg) and seventh in rushing yards (49.1 ypg).

A three-time MEAC Rookie of the Week winner, Johnson has rushed 63 times for 393 yards, an average of 6.2 yards per carry. He also has 11 receptions for 169 yards. He broke the school record for longest touchdown run when he scored on an 84-yard burst at nationally-ranked Montana State in September.

Johnson is the only MEAC player to make the initial watch list. A national panel of over 150 sports information and media relations directors, broadcasters, writers and other dignitaries will vote on the award following the regular season.