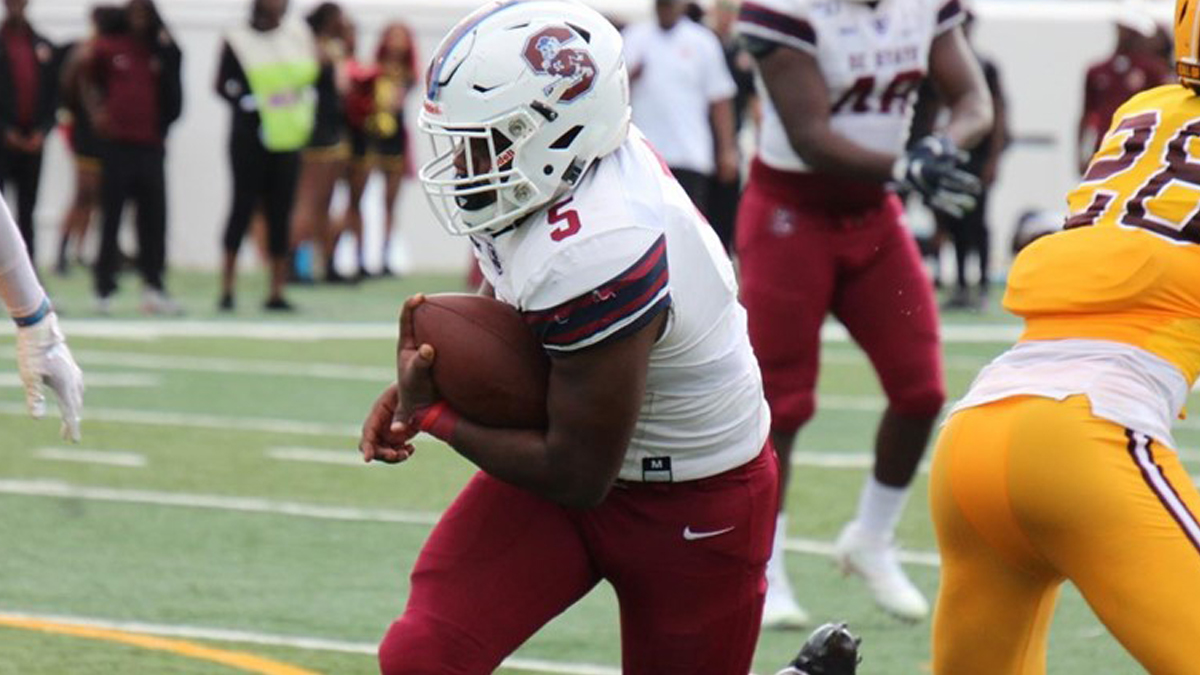 Bulldogs enter the picture as a contender for the MEAC Championship.

South Carolina State improves to 5-2 overall, 3-1 in the MEAC, while Bethune-Cookman falls to 6-2 overall, 4-1 in the league.

Junior quarterback Tyrece Nick had a solid day on both ends throwing 7-of-9 for 61-yards, while rushing for 88-yards on 17 carries and a touchdown. Redshirt freshman Corey Fields controlled the offense most of that day completing 5-of-10 for 100-yards and a touchdown.

The Bulldogs provided the only score in the first quarter on a 1-yard punch by Tyrece Nick. BC-U responded off a 1-yard run by LaDerrien Wilson at the 11:08 mark in the second quarter. The PAT was no good by Xavier McDonald.

Senior quarterback Akevious Williams gave BC-U the lead on a 47-yard toss to Que’Shaun Byrd to push the Wildcats ahead 13-7 with 6:55 remaining. The Bulldogs answered the call with back-to-back scores on a 46-yard touchdown connection from Fields to senior De’Montrez Burroughs and a 13-yard toss from Nick to redshirt freshman Shaquan Davis with a 1:30 left in the first half.

The Bulldog defense closed out the half in a big way on a 55-yard interception by Zafir Kelly with 0:55 seconds for a touchdown to extend the lead 27-13 during intermission.

BC-U had plenty opportunities in the second half but only managed to score off a 49-yard touchdown pass from Williams to Darryl Powell with an 1:21 left in the third quarter. South Carolina State defense played lights out forcing six sacks to come away with an 27-19 road win over BC-U.

Burroughs finished with two catches for 67-yards and a touchdown.

Next up South Carolina State host N.C. A&T State in the battle of the borders in Orangeburg Saturday (Nov. 2nd) at Oliver C. Dawson Stadium/Willie Jeffries Field. Kickoff is 1:30 p.m. and will be televised on ESPN3.