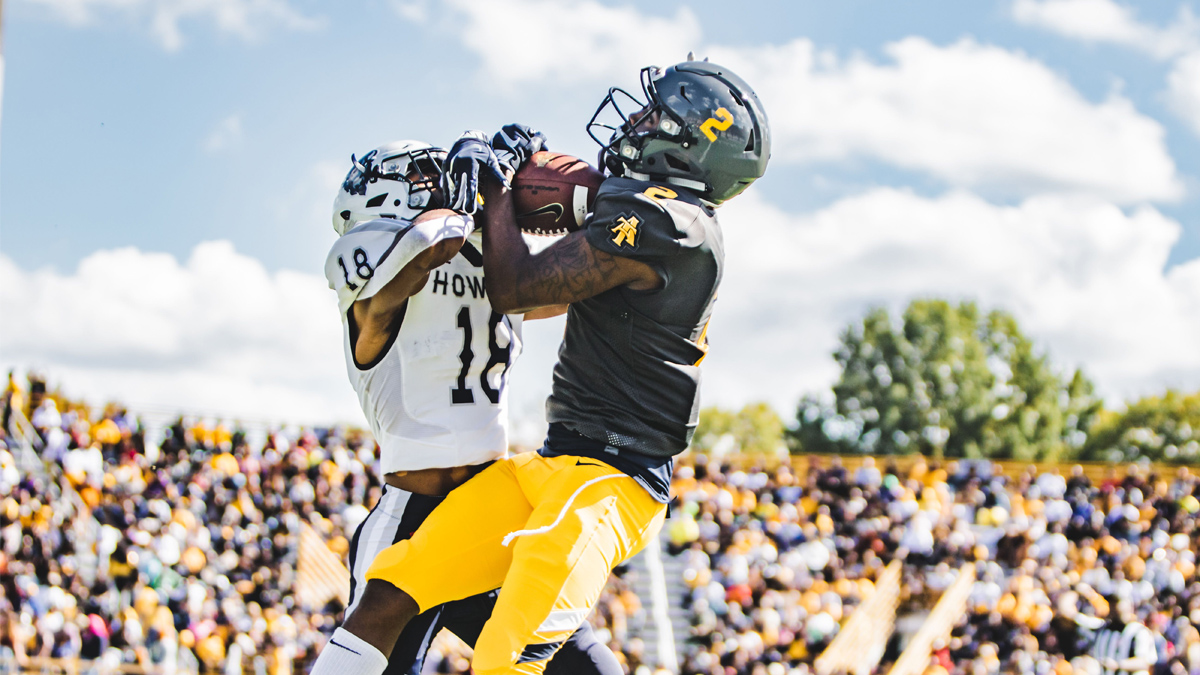 After a tough loss in Tallahassee, NCAT took out its frustrations against Howard at Homecoming.

Home was sure sweet to North Carolina A&T as it returned back to Greensboro for its homecoming game against Howard.

A&T put on an offensive explosion in the second and third quarters to come away with an easy 64-6 win over Howard in front of a capacity crowd of 21,500.

“I have to thank my O-line because I don’t get touched by a D-lineman or a linebacker. It’s usually just me and the (defensive backs),” said Martin. “It’s a great feeling to see all the alumni coming back. I saw (former all-conference Aggies running back Marquell Cartwright) on the sideline. He was the first person to reach out to me when I signed here, so I wanted to put on a little show for him.”

It wasn’t just the running game that got going for A&T. Quarterback Kylil Carter threw two touchdowns, both of them to fellow senior Elijah Bell who caught five passes for 94 yards. Carter’s backup, Jalen Fowler, completed all three of his passes, including an 18 yard score to Zachary Leslie. Leslie caught four passes for 120 yards on the day.

Freshman linebacker Jacob Roberts had 15 tackles and three sacks in the win for A&T, who improved to 5-2 overall and 3-1 in the MEAC.