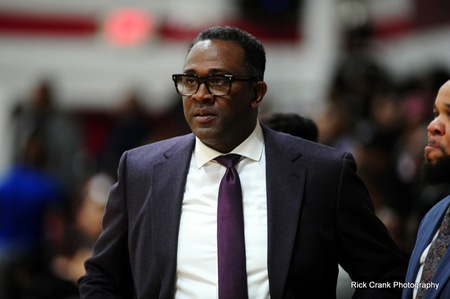 “I want to thank Coach Hopkins for all he has done to advance the Shaw University men’s basketball program,” said Carter. We certainly wish Coach Hopkins and his family all the best.”

This past season, the Bears finished runner-up in the 2019 Central Intercollegiate Athletic Association (CIAA) men’s basketball tournament title game, its first championship appearance since 2011, a 17-13 overall record and 10-8 mark in the league and a Southern Division title.

During his second tenure, Hopkins guided the Bears to three-straight CIAA Southern Division titles and a season with at least 20 wins during the 2017-18 campaign – first time since 2012. Additionally, Hopkins coached former Shaw Bear guard Amir Hinton (Philadelphia, PA) who was the 2019 CIAA Men’s Basketball Player of the Year, DII Bulletin Player of the Year, National Association of Basketball Coaches (NABC) First-Team All-American, First Team All-Atlantic Region DII Conference Commissioners Association (D2CCA), First Team All-CIAA, All-Tournament Team, BOXTOROW Player of the Year and First Team All-American by the Basketball Times recipient. Hinton signed a free agent contract with the New York Knicks on June 21, becoming just the second player under Hopkins to sign professionally with an NBA team with the first being Ronald “Flip” Murray who was drafted in the second round back in 2002 as the No. 42nd pick overall to the Milwaukee Bucks’.

Hopkins had served as Shaw’s head men’s basketball coach from 2000-2002, where he compiled a record of 43-15 overall, a CIAA championship, division title and a berth in the NCAA Basketball Regionals and appearance in the NCAA Elite Eight. Hopkins is one of the most winningest coaches in program history at Shaw with an overall record of 126-76.

“I would like to thank Chairman of the Board of Trustees, Dr. Bell, President Dr. Dillard and Director of Athletics, Dr. Carter for the opportunity to serve Shaw University,” said Coach Hopkins. “To the Bears nation, I love you and thank you Shaw U!”