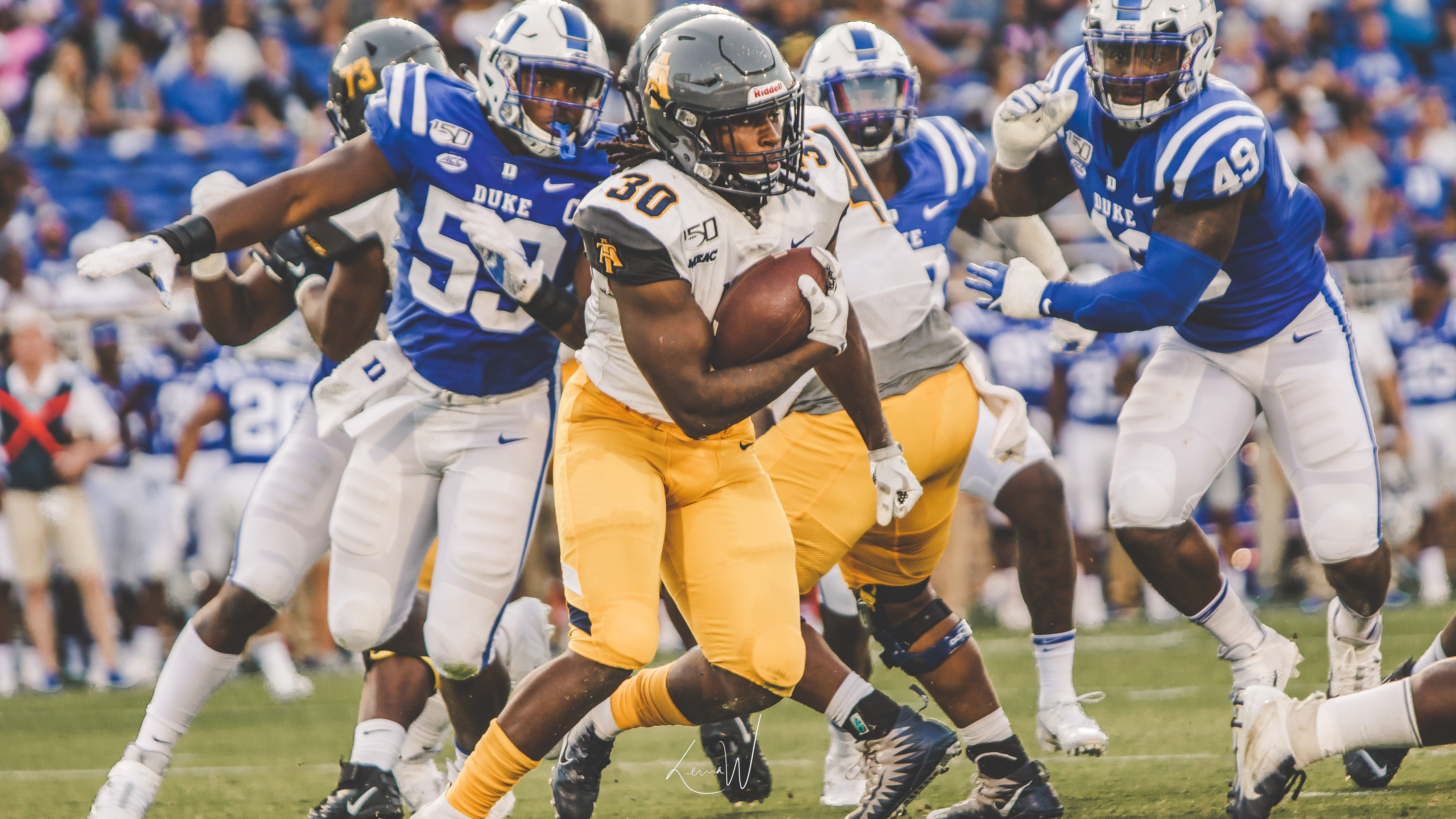 A&T put up a good fight early before being overwhelmed by Duke. But did it deserve to drop in a poll?

North Carolina A&T fell short of its goal to win its fourth-straight game an against FBS opponent on Saturday and was punished for it by the NCAA Coaches Poll.

Check out the gallery by HBCU Gameday Contributor, Callena Williams