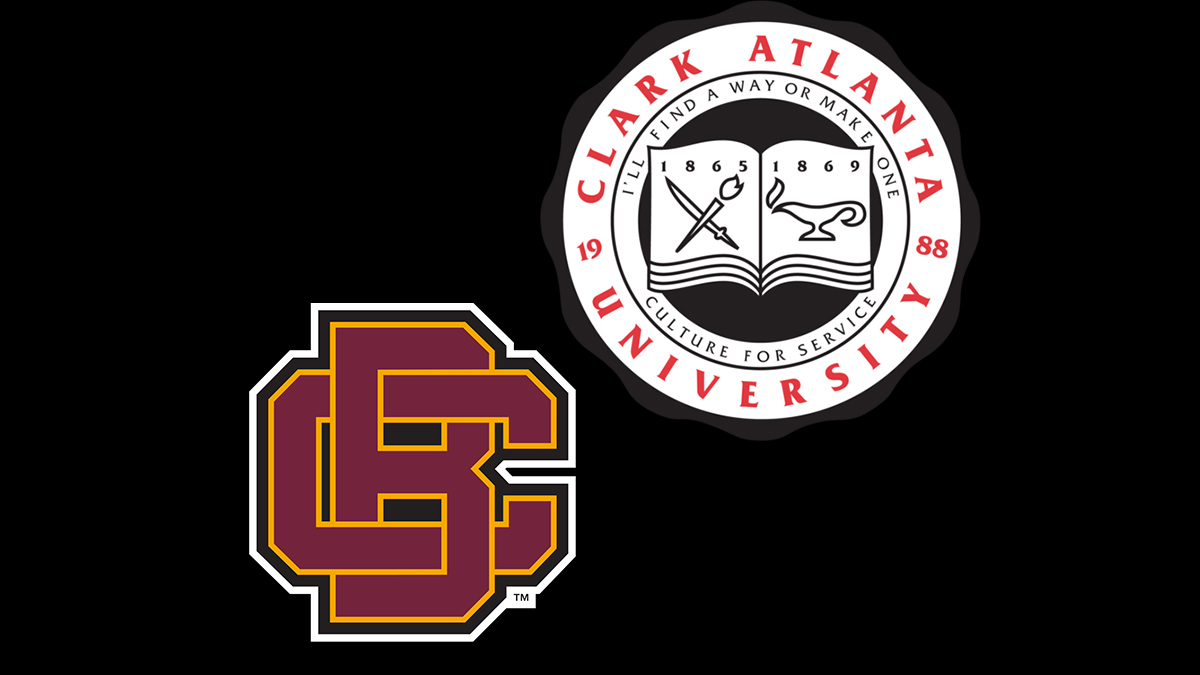 Bethune-Cookman football is in need and Clark Atlanta is stepping up to help.

Sunday after the Bethune Cookman University football team defeated Jackson State 36-15 in the MEAC/SWAC Challenge here in Atlanta, the Wildcats expected to head back to their campus in Daytona Beach, Fla.

But with Hurricane Dorian churning in the Atlantic Ocean and steaming towards Florida’s east coast, that plan was made impossible.  And it left the 125-person traveling party of BCU players, coaches and support staff stuck in in their Atlanta hotel.

That’s when a former Clark Atlanta University football player reached out to his alma mater for help.

The result: the CAU family has stepped in and provided a place for the Wildcats to eat, workout and do other things until they’re able to get back to Florida.

“Honestly, it’s all been a godsend for us – President Dr. George T. French Jr., Athletic Director Dr. J Lin Dawson, and Head Coach Tim Bowens for just allowing us to work out over here,” said BCU head football coach Terry Sims as his Wildcats practiced at CAU Panther Stadium Tuesday afternoon.  “They opened their doors to us.”

After Sunday’s game, the Wildcats found out they wouldn’t be allowed to travel back to Daytona Beach as Dorian headed in that direction. Reginald Thomas, BCU’s senior associate athletic director for Student Athlete Services, is a Clark Atlanta graduate who was a four-year letterman for the Panthers’ football squad.

In true “Find A Way or Make One” fashion, Thomas tapped his CAU family for help. He and
Sims called Andre Burgess of Sodexo, who runs the CAU cafeteria and once worked at BCU, to ask for help.  Burgess then called Bowens to see if the football program could give them a place to practice and tend to their other needs.

“He said, ‘This is what’s happening with Bethune-Cookman,'” Bowens said.  “‘They can’t go back. They want a place where they can stretch their legs, move around a little bit. We’re going to feed them here.'”

The Wildcats have been eating their meals at the CAU cafeteria and practicing at CAU Panther Stadium in the afternoons.  The Panthers hold their practices in the mornings.

With some additional help from supplies provided by the NFL’s Atlanta Falcons and assistance from neighboring Georgia State University, Bowens said the Panthers were more than happy to lend a helping hand to BCU.

“We want to serve others in their times of need because there are a lot of times in life that we’re going to ask for that help as well,” Bowens said.  “Whether it’s in the arena of football or in life, I think being able to have somebody or people there who are willing to open their doors and arms and say, ‘We’ll help,’ is important.

“Coach Sims and his crew know that Coach Bowens and Clark Atlanta are going to have open arms and they can be able to get done what they need to get done,” he said.

Dawson said this situation epitomizes the special spirit of camaraderie that links all historically black colleges and universities.

“This shows us that we’re still connected and the success of one largely depends on the success of the other,” Dawson said. “We cannot overlook that. Unfortunately, crisis has a way of bringing us together, but besides that, we are joined at the hip. Their struggle is our struggle. Their triumphs are our triumphs and vice versa.

“We welcome Bethune-Cookman during this time of weather displacement,” he said.  “We want to make sure we do whatever we can to make this a home away from home.  The University has responded outside of athletics, making sure we provide our fields, training rooms and locker rooms.  They have Sodexo as well, so there is a partnership.  And President French has been reaching out.  So, I think it’s a wonderful opportunity for us to show a sister institution that we are here for them during this unfortunate time.”

Sims said his team hopes to leave Atlanta by noon on Wednesday to make the nearly six-hour bus ride back to Daytona Beach, though they continue to monitor the storm.

Until then, he and the BCU family are thankful for the help that they’ve received from the Clark Atlanta University family.

“Just them opening their doors and allowing us to come in and make this our home right now, you can’t really put a price on that,” Sims said.