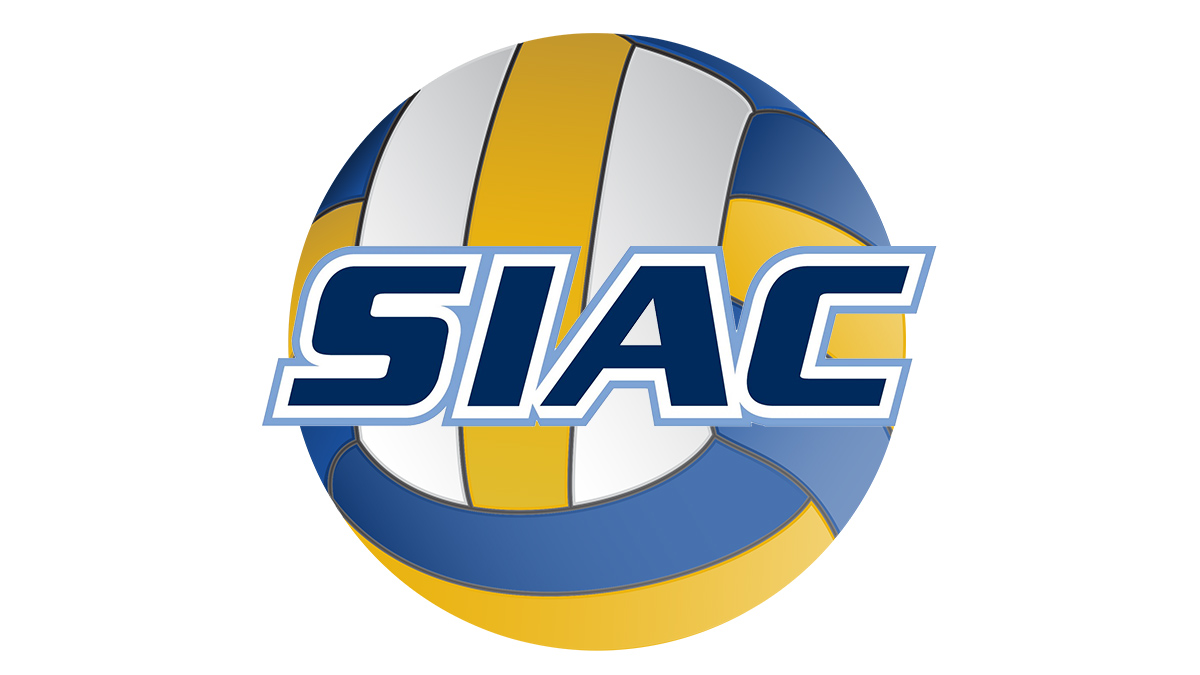 ATLANTA, GA – The Southern Intercollegiate Athletic Association (SIAC) announced the addition of men’s volleyball as the league’s 14th-sponsored sport with the support of a $1 million grant from First Point Volleyball Foundation and USA Volleyball on Tuesday. Men’s volleyball will begin its first year of competition in 2020-21.The $1 million grant is being funded with $600,000 from First Point Volleyball Foundation, a nonprofit started by John Speraw, Head Coach of the U.S. Men’s National Volleyball Team and UCLA, and $400,000 from USA Volleyball.

Six SIAC member institutions will sponsor NCAA Division I-II men’s volleyball and will debut in the spring of 2021. A six-team conference tournament also will take place at a date and site to be determined.

“We are extremely pleased to receive this generous investment from the First Point Volleyball Foundation and USA Volleyball,” said SIAC Commissioner Gregory Moore. “I am convinced that the impact of this gift will not only be felt on the campuses of those participating SIAC member colleges and universities, but this gift could also serve as a catalyst for increasing African American participation in men’s volleyball throughout the United States. Moreover, as the one of the most popular sports internationally – particularly in Sub Saharan Africa, the Caribbean and Latin America, HBCU sponsorship of men’s volleyball will also create international recruitment opportunities for SIAC member institutions.  Finally, much credit must be accorded to the Presidents and Athletic Directors of all of the participating SIAC member institutions for collectively working together to embrace this historic opportunity.”

First Point Volleyball Foundation and USA Volleyball have both made diversity a strategic priority initiative and Jamie Davis, USA Volleyball’s CEO,believes the impact of HBCUs offering Men’s Volleyball will be profound.  “USA Volleyball is proud to be supporting this SIAC initiative to bring men’s varsity volleyball programs to six HBCU schools. As the National Governing Body for volleyball, we strive to increase the diversity and inclusion in our sport. I applaud the leadership and vision being shown by Commissioner Moore and all six of the schools’ presidents and athletic directors which will surely increase the participation of African American men playing volleyball and lead to new athletic and academic opportunities for young boys. This program will serve as a new Path to the Podium for these men to potentially join our national teams and represent Team USA across the globe,”Davis said. ‘

John Speraw said, “We talk at USA Volleyball about the Path to the Podium. It is not outlandish to think that a young man playing in the SIAC conference in 2021 could be an Olympian in 2028 or 2032.  Our work at First Point Volleyball Foundation is providing more opportunities for young people and it is also building our pipeline for more success at the international level for Team USA for decades to come.”

“It has been terrific working with Greg (Moore) and the SIAC Conference,” Speraw said.  “We are thankful for the many generous volleyball donors from across the country that have supported First Point Volleyball Foundation and allowed us to provide support to the SIAC and to new college programs to come.”