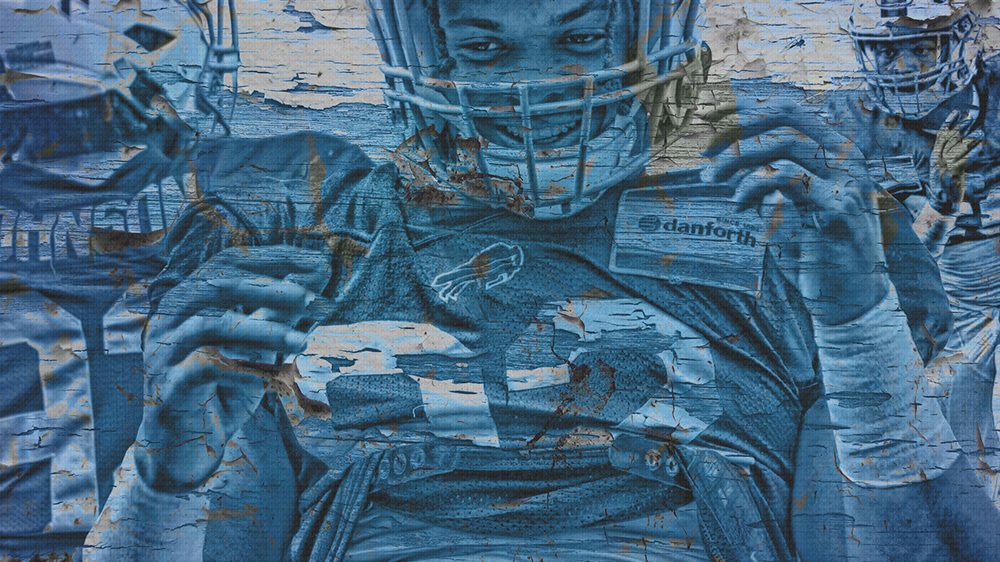 Sometimes all it takes is one more rep

The unrelenting August sun sat high upon its midday perch as I wiped sweat onto the quickly moistening corner of my shirt.

Removing just enough sweat from my brow so that I could keep my eyes focused in the camera monitor as I hovered over my tripod at Carolina Panthers training camp in Spartanburg, South Carolina.

A buzzer sounded off in the distance and the surround sounds of pads slamming into equipment and coaches yelling from all corners came to a momentary pause.

This was the signal for the players at the joint practice between the Buffalo Bills and Carolina Panthers to move on to the next phase of the day. Before walking off to the next drill, Darryl Johnson, a former North Carolina A&T star, reigning MEAC Defensive Player of the Year and the guy I was at camp to cover raised his hand with his index finger pointed in the air. Signaling to his coach that he wanted to get one more rep in on the tackling machine in front of him.

“Go again Darryl… Get some extra work” the coach enthusiastically shouted. Johnson got down in the three-point stance and crashed into the human-shaped pad three times in a row.

BAM, BAM, BAM, went the sounds of Johnson hitting the pad, echoing through the practice fields of Wofford University as the rest of the players were in between reps.

I knew that the title of the segment I was putting together would somehow come from this simple moment between, Darryl, his coach, and my camera.

This original piece: “Extra Work: Darryl Johnson’s reps to 53” is the result of both our hard work (mostly Darryl’s) under the hot August Carolina sun, as I followed him during the joint practice and ensuing preseason game.

It became clear to me while shooting this segment that there were three important things for a player to accomplish while trying to make an NFL team.

First, you have to make plays whenever you can in preseason games. Which Darryl had already done in the opening game against the Colts. He had three tackles and a sack and the seventh-round draft pick already had a nice buzz around his name with the Buffalo faithful.

Second is to get as many reps in practice as possible, which was a tough task seeing that he was one of the last picks in the 2019 draft. And he was joining one of the most stacked defenses in the league.

I can recall being anxious waiting for Darryl to get a rep for me to film. Then I thought about how anxious he must be waiting on his turn to make an impression on the coaching staff.

3…When game is dropped, pick it up

The third thing is soaking up as much game as possible from the vets on your team. Darryl Johnson was like a sponge during practice, and the veteran defensive ends on the Buffalo Bills were surprisingly eager to teach what they know to a rookie who is essentially their competition.

This is indicative of the “each one teach one” mentality that NFL players have among themselves. Which led to one of the best moments in the segment as Jerry Hughes, a 10 year NFL veteran, broke down Johnson’s use of the spin move in a one on one drill against Carolina’s Taylor Moton.

Moton initially got the best of Johnson. The veteran Hughes pulled Johnson aside and showed him some spin move techniques to use going forward. On Johnson’s very next rep he used the spin to blow past Moton. Hughes encouraged Johnson in the background during the play. It’s a great moment that perfectly summed up the brotherhood of NFL rookies and vets.

Darryl Johnson has done everything in his power to make the final 53 man roster for the Buffalo Bills since filming.

He had a strip-sack against Carolina and two more tackles on special teams the next week against Detroit. He is widely considered to be an asset that Buffalo and its fan base feel can’t let fall victim to the numbers game.

With one more preseason opportunity to shine coming on Thursday, August 29 against the Minnesota Vikings, Johnson can cement his place with the Bills with another big performance.

For HBCU football fans, Johnson represents one of the many in a new generation of black college football players ready to show the world that sleeping on HBCU players is not a smart move.