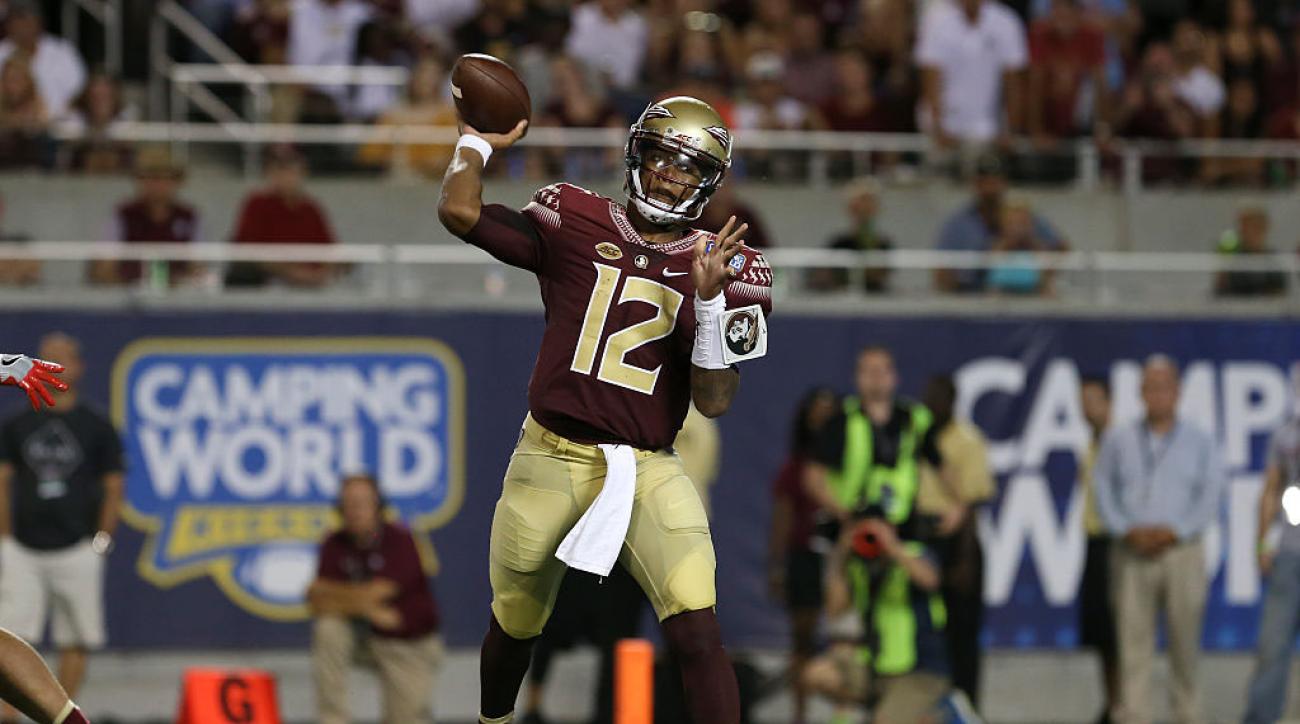 Former FSU QB Deondre Francois will play at Hampton in 2019

We finally know where Deondre Francois will play in 2019 after weeks of speculation, multiple reported destinations and conflicting reports.

The former Florida State quarterback will spend his final season of college football eligibility at Hampton University. Reports surfaced in mid-July that Francois was headed to the Big South squad, but the team announced his addition on Friday.

“I am very happy that Deondre Francois is joining our program,” Hampton head coach Robert Prunty said.  “He is a cerebral football player with unbelievable athletic ability.   More importantly, he is an outstanding young man who graduated Florida State in 3.5 years.  We are ecstatic to have Deondre Francois in our program.”

Francois started two years at Florida State throwing for 6,291 yards and 35 touchdowns in his FSU career.  As a redshirt freshman in 2016, he completed just over 58% of his passes for 3,350 yards and 20 touchdowns as the Seminoles went 10-3 and defeated Michigan in the Orange Bowl 33-32.

“I want to personally thank our President, Dr. William R. Harvey, for the time he spent with Deondre while he was on campus during the recruiting process,” Prunty said.  “I also want to thank our Director of Athletics, Mr. Eugene Marshall, Jr., for his assistance during Deondre’s visit.”

Former FSU QB Deondre Francois will play at Hampton in 2019