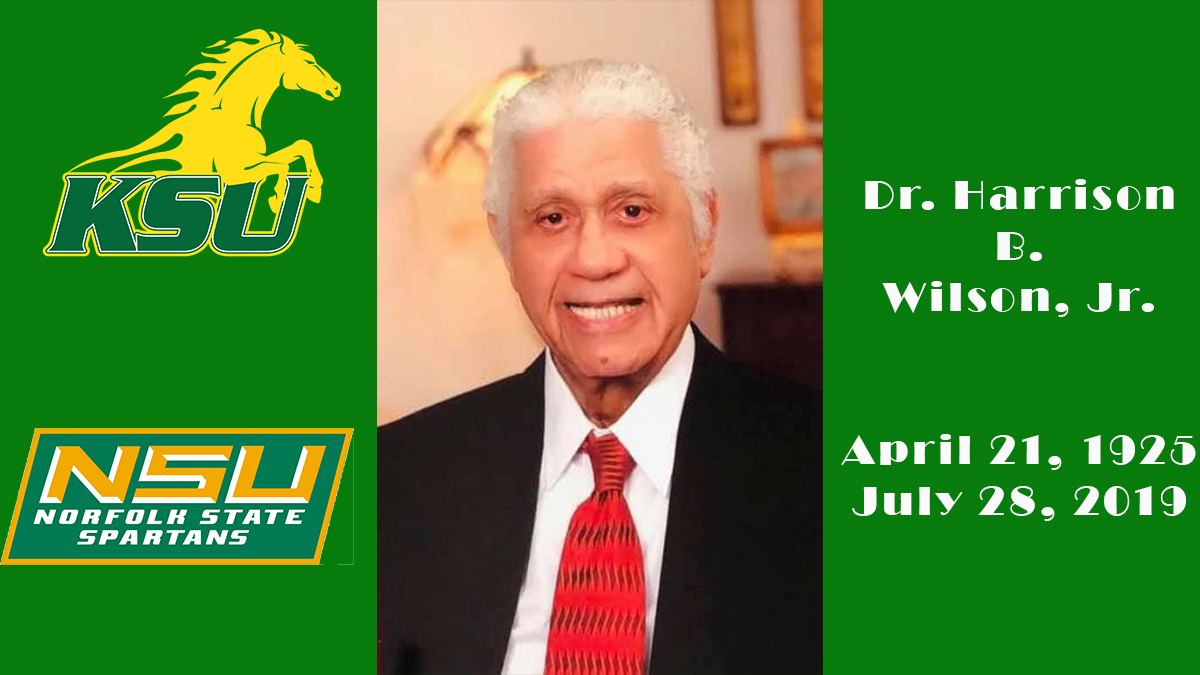 A star athlete at Kentucky State, Dr. Harrison B. Wilson went on to become a legendary coach and administrator.

Harrison Wilson has passed away at the age of 94 according to a tweet from ODU. His wife, Lucy, worked their while her husband was president of the city’s HBCU.

“I was saddened to learn of the passing of Dr. Harrison B. Wilson. He was a renowned basketball coach, educator, and long-time president of Norfolk State University,” Virginia congressman Bobby Scott wrote on Sunday afternoon. “His tenure at NSU was marked by significant growth and his passion for excellence helped increase the university’s stature as a premier institution of higher education in Virginia. My thoughts and prayers are with his wife, Dr. Lucy Wilson, his children, grandchildren, and the countless students positively impacted by his life and work.”

Wilson was a star athlete at Kentucky State University in the 1940s before going on to become a basketball coach at Jackson State in the 1950s where his teams went 340-72. He later transitioned to administration, and in 1975 became the president of Norfolk State College. He would lead Norfolk State for more than two decades in which the school flourished athletically as well as academically, racking up CIAA basketball and football titles and making several Division II Tournament appearances.

It was during Wilson’s tenure that Norfolk State left the CIAA for Division I and the MEAC.

No funeral announcements have been made as of yet.