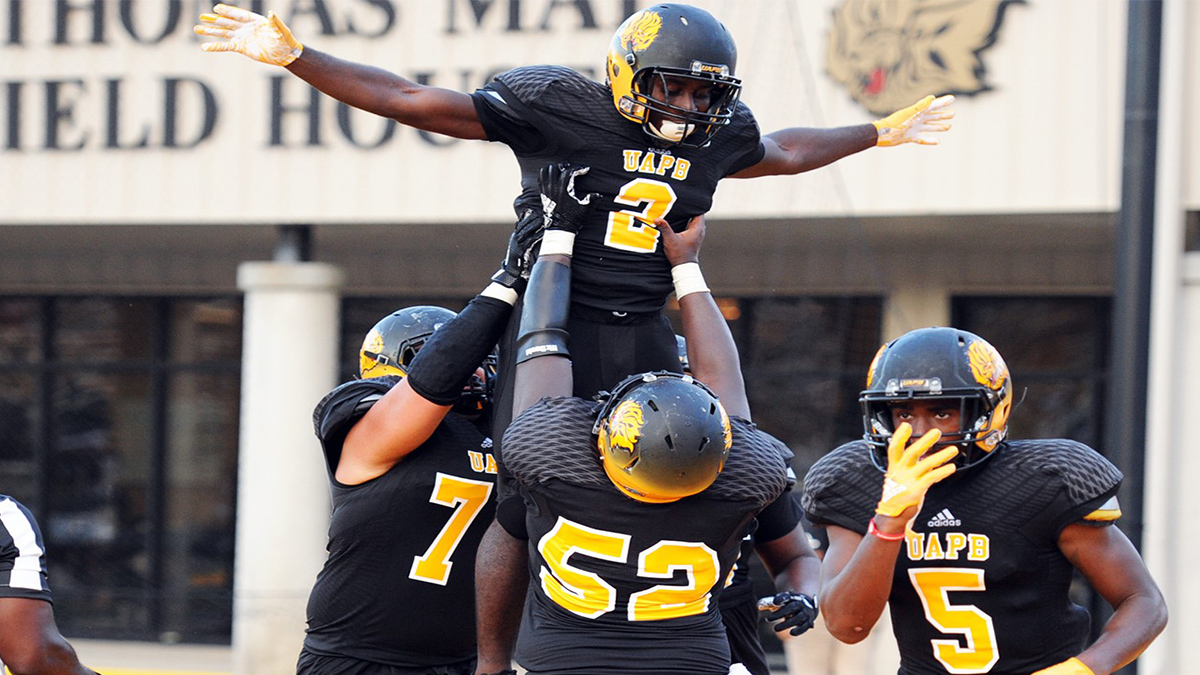 Taeyler Porter started last season as an unknown JUCO kid from FL. He enters 2019 as one of the top backs in the SWAC.

Arkansas-Pine Bluff didn’t have a lot to smile about a season ago after finishing up at with a record of 2-9 giving its fan base a sixth straight losing season. If there was a silver lining in the clouds it was a young man from Immokalee, Florida by the name of Taeyler Porter.

Porter arrived in Pine Bluff expected to be a nice back up to KeShawn Williams who was selected as a preseason All-SWAC running back last year. Porter was recruited late by UAPB due to the timing of the hiring of Cedric Thomas and his less than gaudy numbers didn’t exactly jump out to recruiters but what did jump out to Cedric Thomas and the UAPB staff was that Porter averaged nearly six yards per carry and scored seven touchdowns while at ASA Miami. With Williams sidelined for the 2018 season, Porter developed into one of the best backs in the conference running for a league leading 1,220 yards, nine rushing touchdowns and a 5.4 yards per carry average.

Porter was electric in his first season as a Lion as he went over the century mark rushing in 7 of the 10 games that he played in, including a career best 226 yards and 3 touchdowns against Grambling.
In games where the score may have been lopsided, Porter still performed at his best. He ran for 106 yards against South Dakota State, the Florida native returned home to rush for 137 yards against FBS Florida International, and added 167 yards rushing against Jackson State. In the season finale Porter rushed for 143 yards on just 10 carries against Texas Southern for a mind blowing 14.3 yard per carry average.

This season as a senior, Porter hopes to replicate the season that he had a year ago to help the Golden Lions turnaround their most recent misfortunes. UAPB fans haven’t had much to cheer about in recent years but the play Taeyler Porter is giving them much to talk about.