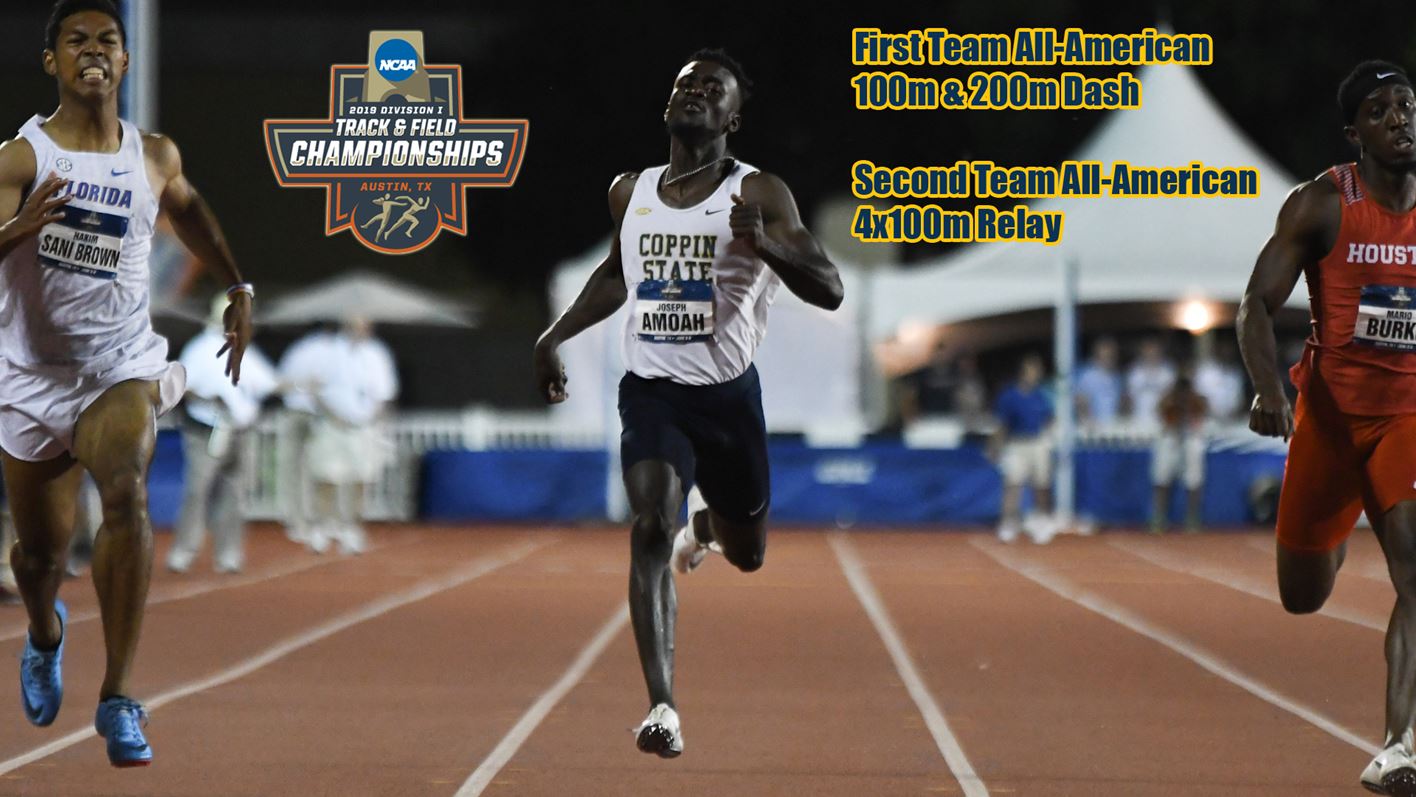 Amoah earned First Team All-America honors in both events and is now a four-time All-America in his collegiate career after receiving second-team accolades in the 200m dash in 2018.

A junior from Greater Accra, Ghana, Amoah drew lane nine in the 100m dash to start his evening after running a school and personal-record 10.01 in the semifinals on Wednesday.

After breaking the Ghanian-record, as well as his own school record with a 20.08 in the semifinals of the 200m dash on Wednesday, Amoah was in lane seven during Friday’s final.

The 2019 USTFCCCA Mid-Atlantic Region Track Athlete of the Year, Amoah has already qualified in both events for the 2019 World Championships in Doha, Qatar this Fall, as well as the 2020 Toyko Olympics.