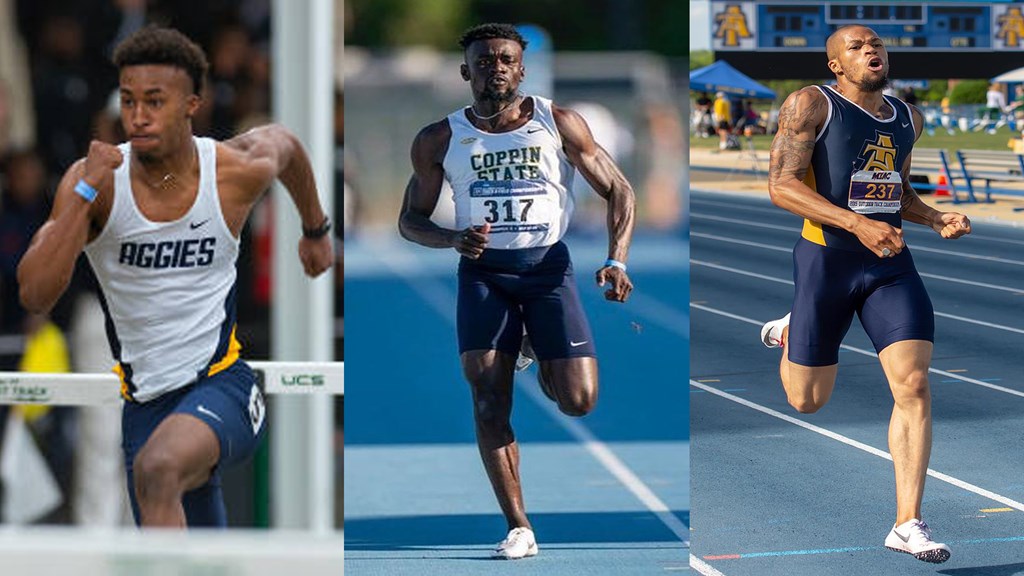 The MEAC was well-represented by the conference champs as well as Coppin State’s sprinting ace.

The first day of men’s action at the 2019 NCAA Division I Outdoor Track And Field is in the books and the MEAC, particularly the conference champs, did pretty well in Austin, TX.

The NC A&T men’s 4x 400 squad advanced to the finals of that event after running the fourth-fastest time in the preliminary round. The A&T men clocked in at 3.02.45. The 4×100 team also qualified for the finals, running a 39 second time.

The Aggies had several individuals advance to the finals as well. Michael Dickson ran a personal best 13.54 in the 110m hurdles to secure his spot in the finals. Trevor Stewart punched his ticket in the 400 meters with a 44.84 time, second fastest in the field.

Coppin State’s Joseph Amoah had a big day in Austin as well on Wednesday. Amoah ran a 20.08 in the 200m, good enough for second in his heat and a spot in the finals.

Alabama State’s Justin Brown jumped a 25-06 to earn All-American honors in the long jump. He finished sixth overall in the country.