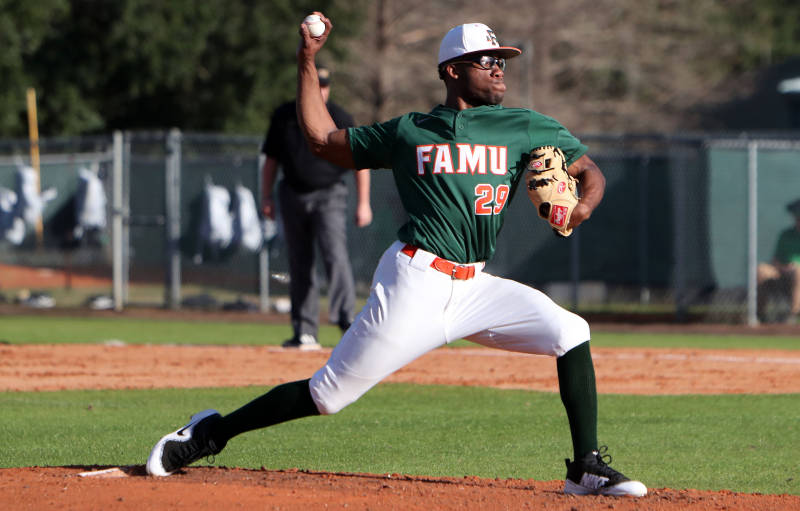 A fascinating post season run ends in the NCAA Regionals

ATLANTA, Ga., June 1, 2019–Florida A&M saw its 2019 season come to an end Saturday afternoon with a 9-4 loss to Coastal Carolina in the Atlanta Regional of the NCAA Baseball Championship at Russ Chandler Stadium.

The Rattlers finished their season 27-34.

Coastal Carolina led 3-0 after three innings before Florida A&M answered with a run in the fourth inning — cutting the lead to 3-1 after a home run from Willis McDaniel.

The Chanticleers added three more runs in the fifth, taking a 6-1 lead, then scored a run each in the sixth, seventh and eighth to take control. After Coastal took a 7-1 lead in the sixth, the Rattlers answered in the bottom of the frame with three runs.

FAMU loaded the bases with no one out to open the frame, before Brett Maxwell singled home McDaniel and Seyjuan Lawrence scored on a Robert Robinson sac fly to cut the lead to 7-3.

Octavien Moyer added an RBI single for the third run of the inning.

Lawrence was 3-for-4 at the plate with a run scored, while Maxwell was 3-for-4 with an RBI. McDaniel, Moyer and Tucker Rayburn each had two hits for the Rattlers.

Josh Hancock was the highlight on the mound for FAMU, striking out four in 4.2 innings of relief.