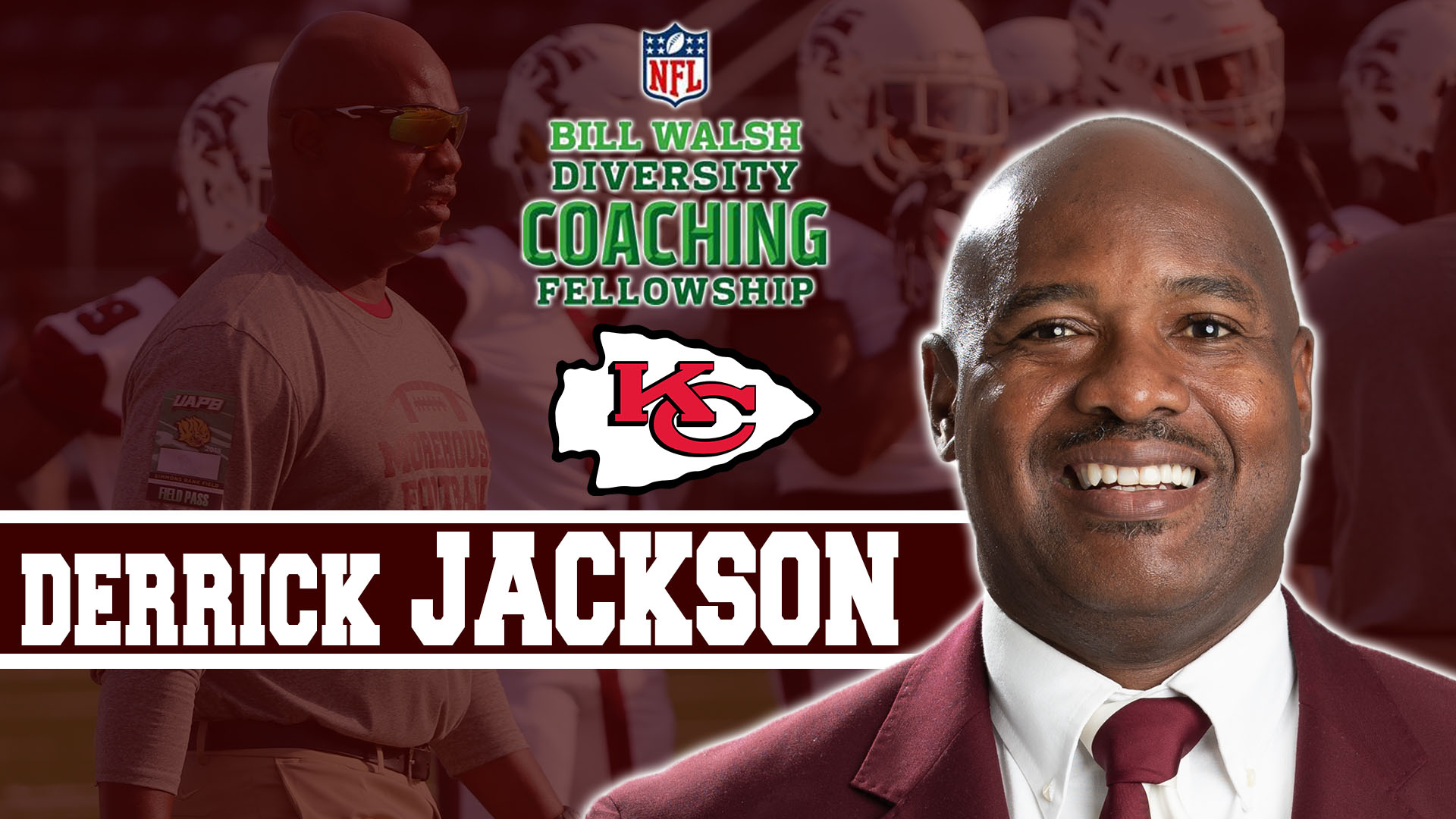 “I am very excited for the Bill Walsh Minority Fellowship opportunity with the Kansas City Chiefs,” said Jackson. “To be able to work with a first class organization and a head coach like Andy Reed is remarkable. This is a great opportunity to learn and continue to develop my coaching craft from coaches at the highest level.”

Jackson enters his eighth season as assistant coach at Morehouse and 16th overall in the collegiate coaching ranks. He is responsible for coaching a wide receivers unit which helped the Maroon Tigers to the second ranked scoring offense in the Southern Intercollegiate Athletic Conference (SIAC) and a 7-3 overall record.

Established in 1987, the Fellowship program provides NFL coaching experience to a diverse group of coaches every year. The program, which was named after the man who conceived the idea — late Pro Football Hall of Fame head coach Bill Walsh — exposes talented minority college coaches, high school coaches, and former players to the methods and philosophies of NFL coaching staffs. Walsh introduced the concept to the league in 1987 when he brought a group of minority coaches into his San Francisco 49ers’ training camp.

The program has tutored more than 2,000 minority coaches through the years and has grown to the point that now every NFL team participates during offseason workout programs, minicamps and training camp.

Jackson will participate in the Chiefs training camp starting July 21 until August 11. During his time with Kansas City, he will have the opportunity to observe, participate, gain experience, with the hopes of ultimately gaining a full-time NFL coaching position.

Morehouse opens the season September 1 in the inaugural Black College Hall of Fame Classic versus Alabama A&M University at Tom Benson Hall of Fame Stadium in Canton, Ohio. Kickoff is set for 4 p.m.