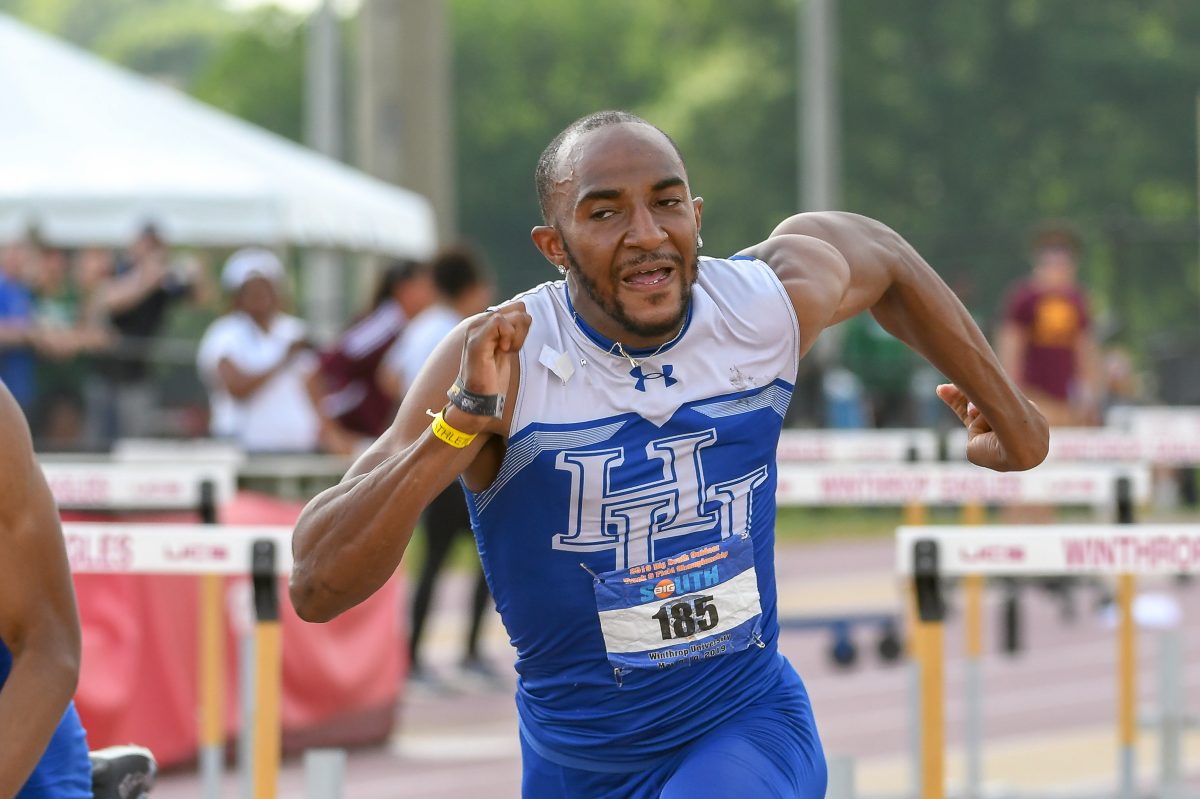 The junior 400 hurdler will compete for a national title in Austin.

JACKSONVILLE, Fla. – For the second time in his three years, Hampton junior Jaelen Williams will see his season extend into June after his finish in the 2019 NCAA East Regional hosted by the University of North Florida on Friday night.

The junior 400 hurdler from Hampton, Va. ran a season-best 50.27 to take third in his heat and automatically qualify for the NCAA Championships starting on June 5 at the University of Texas in Austin.  A top-three finish in the heat or a top three wildcard time would’ve advanced Williams as he had the seventh fastest overall time.

In 2017, Williams ran 50.32 to qualify for the NCAA’s as a freshman where he finished 12th and earned Second Team All-American honors.

On Saturday, the women’s 4×100 relay team will run in their qualifying heat at 6pm.

Other Hampton entrants on Friday included:

Sophomore Autumn Smith placed seventh in her quarterfinal heat in 59.53 and did not qualify for the NCAA Championships.

For more information on Hampton University track and field, please contact the Office of Sports Information at 757-727-5757 or visit the official Pirates website at www.hamptonpirates.com.